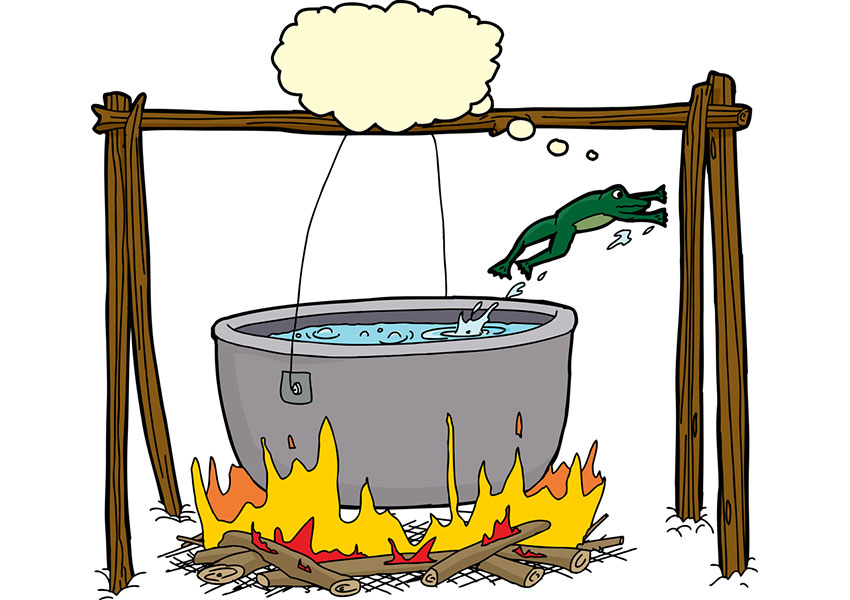 Part I of a Series: A Much Needed New Approach to Strat Planning.

Any leader worth their salt knows, and is motivated by, the legend of the frog. Pre-occupied with immediate matters, he was inattentive to changes heating up around him. It was as incredibly costly mistake.

The moral of the story? Leaders must never lose sight of their core responsibility: anticipating the future and addressing potential issues and opportunities early enough to keep themselves, their operations and their stakeholders’ dreams viable.  Whether a member of the C-Suite, a board director, department head or team leader, here’s a checklist so you don’t suffer the frog’s fate.

Interested in more study findings that can keep you out of hot water? More on the new and improved approach to strat planning? Find them here or get in touch here.