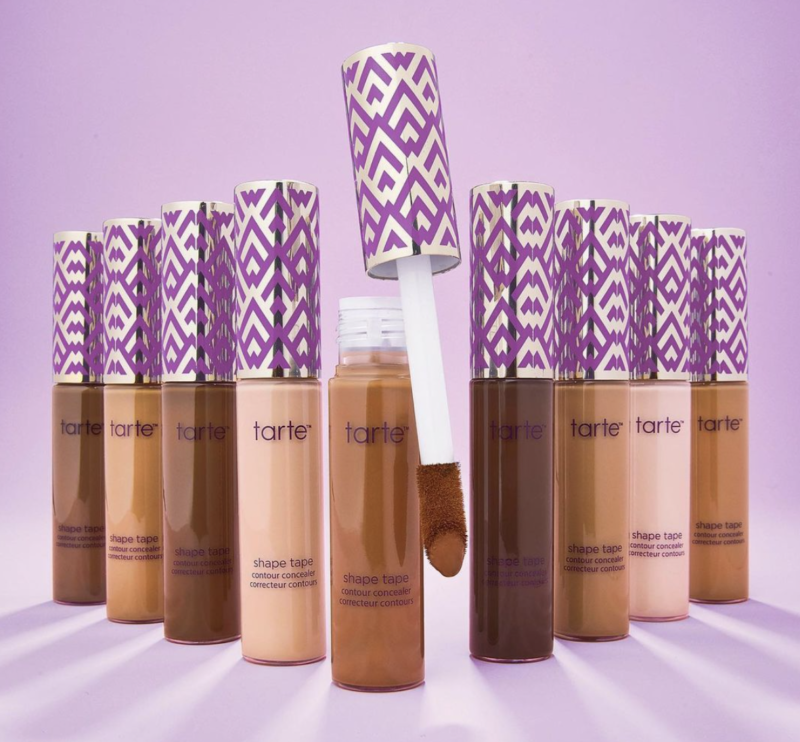 This is not a drill: The iconic Tarte Shape Tape has finally (finally!!) arrived at Sephora Canada.

Launched on May 11, the HipDot x Clueless collab has arrived and it’s totally buggin’. Inspired by the cult classic ’90s film, the collection features an eyeshadow palette, lip oil set, blush palette and even the iconic pink fluffy pen. “Clueless has become a cultural revolution — from the fashion styles to iconic catchphrases, we created a makeup collection that embodies that teen nostalgia that Clueless captures so well,” says Jeff Sellinger, CEO of HipDot Cosmetics, in a statement.

The #1 concealer brand in the U.S., Tarte Cosmetics, has finally launched its best-selling Shape Tape concealer (and entire range of Shape Tape products, including setting spray, primers and more) at Sephora Canada (and sephora.ca) this week! The beloved Tarte Shape Tape concealer, which has tens of thousands of five-star reviews, wasn’t available in Canada until May 11, but now Canadians can finally get their hands on the holy grail product, which comes in 35 shades and five different undertones. “It’s truly humbling to see how passionate our Tartelettes around the world are about our Tarte Shape Tape Concealer,” said Maureen Kelly, founder and CEO of the brand.

The highly anticipated M.A.C x Disney Cruella collection (which is inspired by the upcoming live action film Cruella starring Emma Stone) is officially available for pre-order as of this week. The collab features eyeshadows, liquid and bullet lipsticks, eyeliner and blush. “With there being such a huge trend for recycling the more niche counterculture moments of previous decades, this collection feels like M·A·C returning to a celebration of the kind of DIY styling and brave transformation that originally made it such a maverick brand,” explains M·A·C director of makeup artistry, Terry Barber.

Bed Bath & Beyond beefs up legal team ahead of possible bankruptcy filing in New Jersey
Johnnie Walker Unveils Exclusive Collaboration with Angel Chen in Celebration of Lunar New Year
‘M3gan’ box office success sets the stage for a scary good year in horror
New Year, New YA: 9 Young Adult Books About Fresh Starts
Fani Willis Was a Lawyer for a YSL Co-Founder. He Says She’s Not Who She Seems