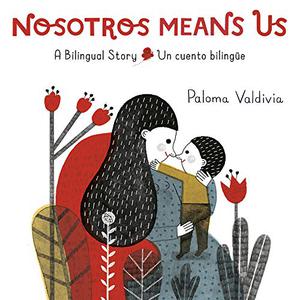 A succession of animal dads do their best to teach their young to say “Dada” in this picture-book vehicle for Fallon.

A grumpy bull says, “DADA!”; his calf moos back. A sad-looking ram insists, “DADA!”; his lamb baas back. A duck, a bee, a dog, a rabbit, a cat, a mouse, a donkey, a pig, a frog, a rooster, and a horse all fail similarly, spread by spread. A final two-spread sequence finds all of the animals arrayed across the pages, dads on the verso and children on the recto. All the text prior to this point has been either iterations of “Dada” or animal sounds in dialogue bubbles; here, narrative text states, “Now everybody get in line, let’s say it together one more time….” Upon the turn of the page, the animal dads gaze round-eyed as their young across the gutter all cry, “DADA!” (except the duckling, who says, “quack”). Ordóñez’s illustrations have a bland, digital look, compositions hardly varying with the characters, although the pastel-colored backgrounds change. The punch line fails from a design standpoint, as the sudden, single-bubble chorus of “DADA” appears to be emanating from background features rather than the baby animals’ mouths (only some of which, on close inspection, appear to be open). It also fails to be funny.

Plotless and pointless, the book clearly exists only because its celebrity author wrote it.

Long Live Bermuda Shorts
This Upper-Body Workout Is All You Need to Build Strong Arms and Shoulders
What Is Lewy Body Dementia, and Why Is It So Hard to Diagnose?
Ludacris Says He’s Spreading Positivity Because The World Needs It
The Bookish Life of Michelle Yeoh