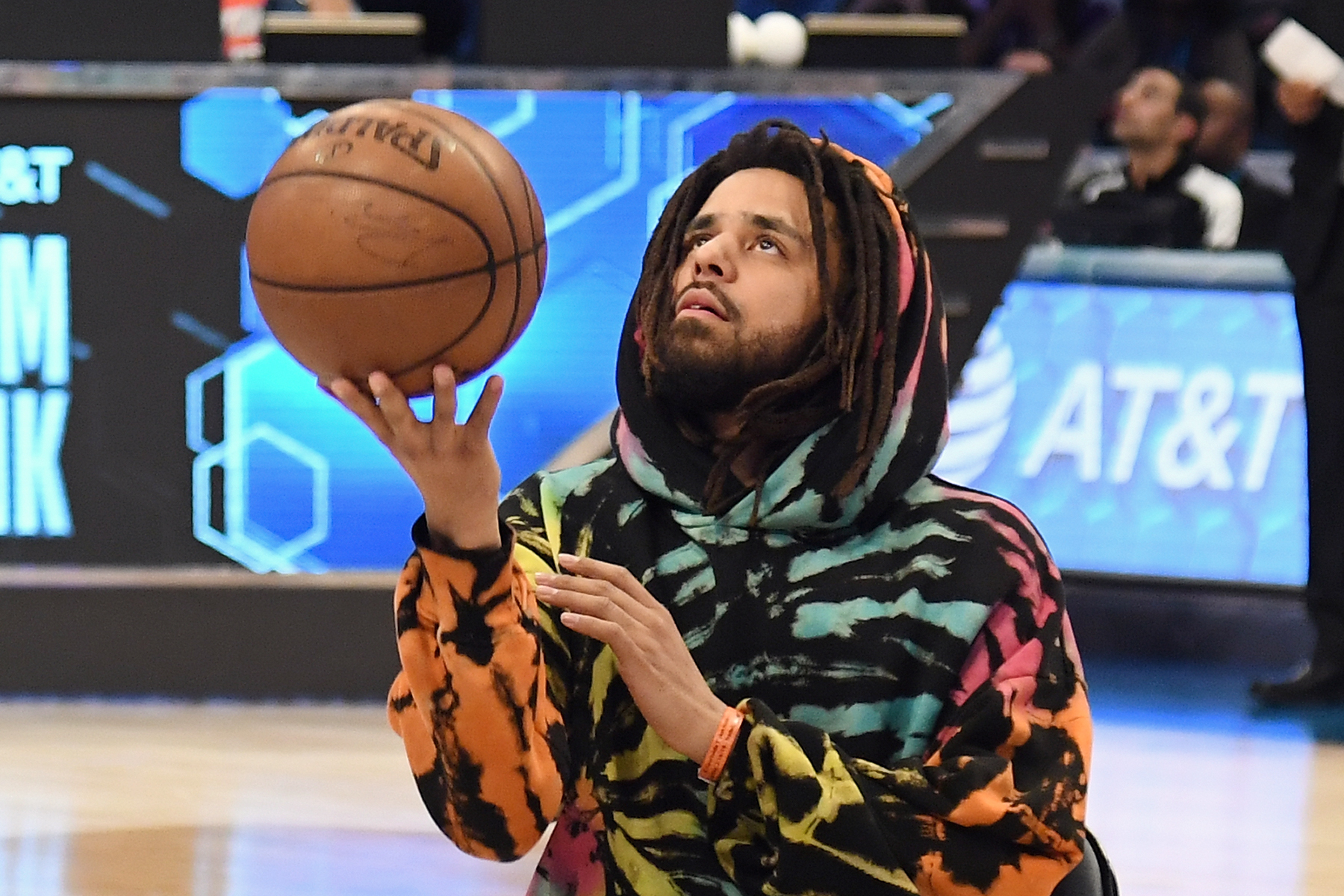 Over the weekend, J.Cole played in his first professional basketball game as a 2-guard for the Rwanda Patriots Basketball Club, part of the newly formed Basketball Africa League. This was just a few days after the release of The Off-Season, J.Cole’s first album in 3 years. He scored 3 points in his team’s win against Nigeria’s Rivers Hoopers, all while his album was streamed by scores of listeners around the world.

It is a very specific kind of flex to spend your album’s opening weekend racking up highlight reels on ESPN. There’s a video of Cole warming up with other players on the court while a track from his album plays over the loudspeakers. It’s not unlike the NBA references peppered throughout The Off-Season. J.Cole’s pro ball moment shows us where he sees himself right now — in a universe of his own making, separate from whatever your favorite artists might be on. It’s exactly what you would expect from Cole, who commands a fervent dedication from his fans thanks to a commitment — jarring or not — to what many see as rap authenticity.


Big L Is ‘Rap Royalty.’ Why Is His Legacy in Disarray?

Cole’s pro basketball debut, which came after months of training and is in line with the rapper’s longtime participation in the sport at various levels, was a uniquely impactful public relations maneuver. By now, Cole knows exactly what his fans come to him for — he makes motivational music. His not-so-subtle quest for rap supremacy is an obvious corollary to conversations about basketball greats. The sports metaphors that color The Off-Season and all of Cole’s oeuvre make for a distinct mythology, a perfect synergy between sports fans and rap fans who look to their heroes for stories of triumph.

And there it is. J. Cole’s first points in the Basketball Africa League pic.twitter.com/LPMfK75hNX

Cole isn’t the first rapper to dabble in professional sports, but he’s arguably the most thorough. He even consulted with Master P, who famously played in a pair of NBA preseason games in the Nineties, about his goals. Last year, in an interview with TMZ, Master P said that Cole was indeed seriously training for the pros. The Detroit Pistons expressed at least nominal interest. His pro ball aspirations served as fuel for a collaboration with Puma last summer, complete with an ad campaign suitable for Lebron James. A voice-over narrates various doubts while Cole studiously practices in the gym. The collaborative sneaker was, of course, called the “Dreamer.”

In the run-up to The Off-Season, J.Cole appeared on the cover of the basketball magazine Slam, his only cover so far on the album’s press cycle. He’s known to be a frequent commentator on basketball and you’re probably more likely to find him talking to sports magazines than music outlets. And while it’s hard to determine just how calculated these moves are, it does offer credence to the overarching theme of competition that runs through Cole’s music. While he’s very much a part of a wave of rappers that emerged on hip-hop blogs, J.Cole’s sensibility remains staunchly old school. He raps to be the best, like any good athlete.

The jury is decidedly split on whether J.Cole or his approach to rap is still compelling in modern hip-hop. But for all of the criticisms of his tendency towards didacticism in his music, playing professional basketball in Africa has to be one of the more refreshing album roll-outs in recent memory, one sure to bolster Cole’s credibility among die-hard fans. The Off-Season is already poised to have one of J.Cole’s strongest opening weeks. The album currently sits atop the RS Albums Chart.

It’s a remarkable feat of world-building for any artist, especially in an era dominated by ephemerality. J. Cole is set to play as many as six games with the Rwanda Patriots, and will likely achieve at least a few career milestones with this latest record. But as the shape of the world around him changes, it remains to be seen how significant these accomplishments will be in the long run. What does it mean to be the best if the game evolves from keeping score?

Should Children Ever Be Famous?
‘Insecure’ Actress Denise Dowse In Coma After Case of Meningitis
“A Libra Minus Balance” by Michael Wagner, True Rylan and Fredy Muks has Industry Insiders Talking
Universal Crosses $3B At 2022 Global Box Office; First Studio To Milestone Since 2019
Want To Go Viral On TikTok? Follow These 4 Rules.