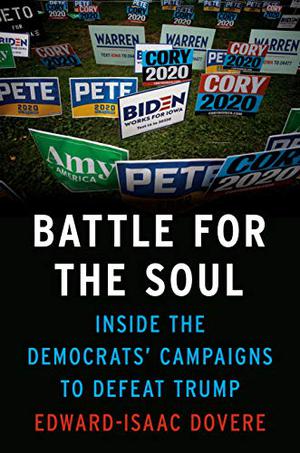 The Massachusetts senator and financial reformer recounts several of her good fights over the years.

Famous for being chided for “persisting” on the Senate floor, Warren is nearly a byword for the application of an unbending, if usually polite, feminism to the corridors of power. Though she has a schoolmarm-ish air—and indeed taught school for much of her life—she gladly owns up to liking a beer or two and enjoying a good brawl, and she’s a scrapper with a long memory. In 2008, when she shopped a proposal to found a federal agency that “could act as a watchdog to make sure that consumers weren’t getting cheated by financial institutions,” she encountered a congressman who “laughed in my face.” She doesn’t reveal his name, but you can bet he crosses the hall when she’s coming the other way. Warren does name other names, especially Donald Trump, who, with Republicans on the Hill, accomplished only one thing, namely “a $2 trillion tax cut that mostly benefited rich people.” Now that the Democrats are in power, the author reckons that the time is ripe to shake off the Trump debacle and build “a nation that works, not just for the rich and powerful but for everyone.” She identifies numerous areas that need immediate attention, from financial reform to bringing more women into the workplace and mandating equal pay for equal work. Warren premises some of these changes on increased taxes on the rich, happily citing a billionaire well known for insider trading, who complained of her, “This is the fucking American dream she is shitting on.” The author reverts to form: “Oh dear. Did I hit a nerve?” Warren’s common-sensical proposals on housing, infrastructure development, and civil rights merit attention, and her book makes for a sometimes-funny, sometimes–sharp-tongued pleasure.

A lively and thoughtful memoir that, one hopes, will inspire readers to pursue activism in every realm of society.

Broadway Hits Withstand Summer Heat As Others Sweat It Out; ‘MJ’ Sets House Record
Kim Kardashian and Pete Davidson Break Up After 9 Months of Dating
13 Ways to Grow Omnichannel Customer Engagement
Barnes & Noble Huge 50% Off Sale
Beth Macy shines a light on the helpers who are making a difference in the opioid crisis