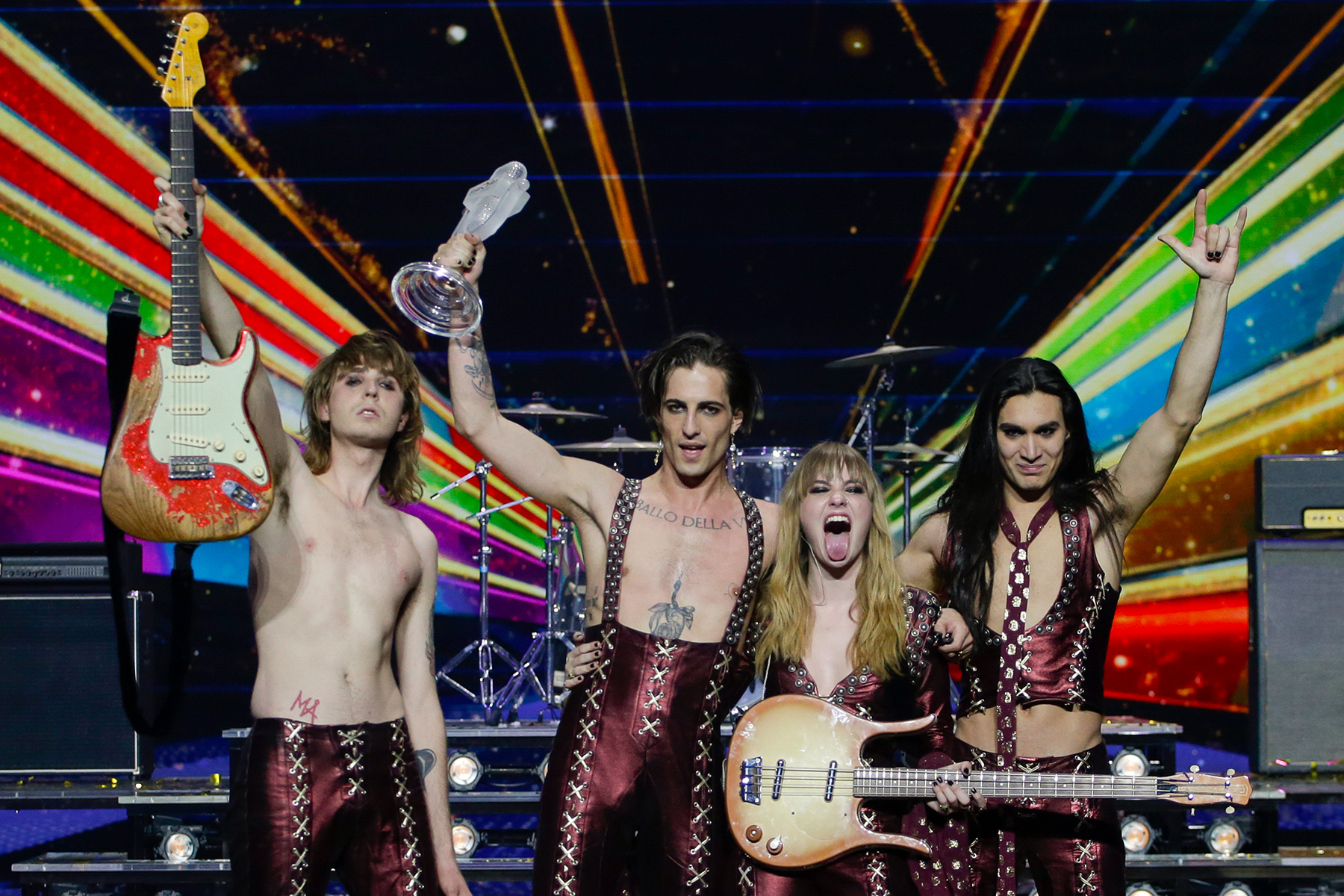 Damiano David, frontman for the Italian glam-rock band Måneskin, which won the 2021 Eurovision Song Contest, was cleared of any wrongdoing after speculation arose that he’d been caught snorting cocaine during the show, The New York Times reports.

In a clip, David is sitting at a table with his Måneskin bandmates in the green room. David leans over the table, but after a bandmate to his right appears to nudge him, David pops back up. A Swedish journalist later asked David about the clip, which quickly spread online, and the rumors that he’d been using cocaine; David said he’d been bending down because one of his bandmates had broken a glass.

Nevertheless, the European Broadcasting Union, which airs Eurovision, announced it would launch an investigation. On Monday, May 25th, the show issued a statement saying “No drug use took place in the Green Room and we consider the matter closed.” It also noted that David “voluntarily” took a drug test, which came back negative.

“We are alarmed that inaccurate speculation leading to fake news has overshadowed the spirit and the outcome of the event and unfairly affected the band,” the statement read. “We wish to congratulate Måneskin once again and wish them huge success. We look forward to working with our Italian member Rai on producing a spectacular Eurovision Song Contest in Italy next year.”

LEO + LEA
5 ways to improve your likability
How to Create Digitally Literate Employees in a World of Expanding Automation
Why Is the Internet So Angry at Kim Kardashian For Posting Her Body-Fat Percentage?
‘Minions: The Rise Of Gru’ Secures China Release Date