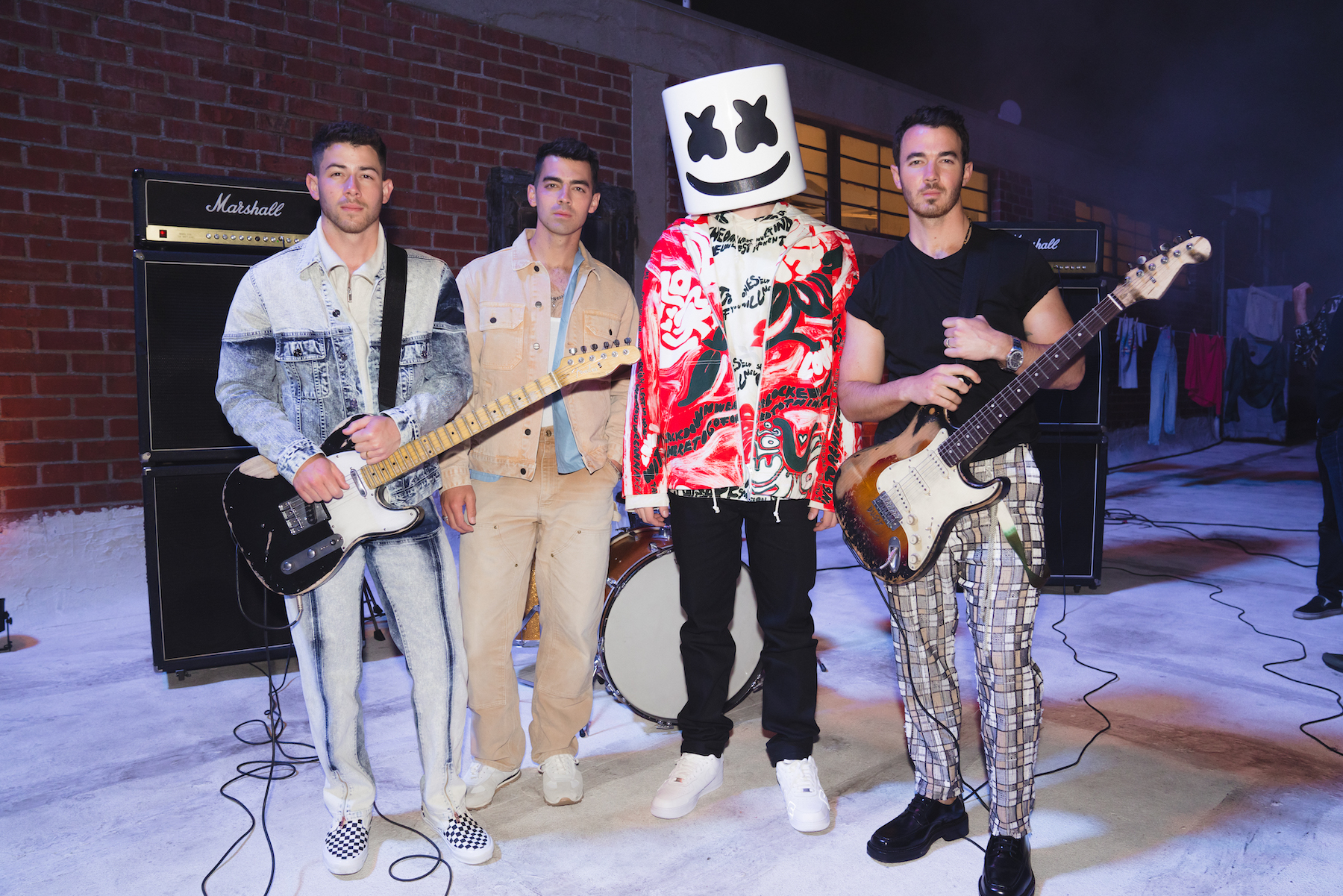 Jonas Brothers and Marshmello perform in a subway and on a roof at night in their new video for “Leave Before You Love Me.” The collaborators debuted their new song live for the first time last night during the 2021 Billboard Music Awards.

The new visual opens with Nick Jonas sitting alone on a subway train before he joins his bandmates and Marshmello on the subway platform and later on a roof. He and his brother Joe take turns on the verses, which muse about regret and moving on before further heartbreak ensues. “Dancing on the edge ’bout to take it too far/It’s messing with my head how I mess with your heart,” they harmonize. “If you wake up in your bed, alone in the dark/I’m sorry/Gotta leave before you love me.”

Last night, the Jonas Brothers launched their 2021 Billboard Music Awards’ closing medley with the song alongside Marshmello. The band also performed “Sucker,” “Only Human,” “Remember This,” and “What a Man Gotta Do.” This summer, the group will embark on their Remember This U.S. tour, beginning on August 20th at Park Theater in Las Vegas.

On Saturday, Marshmello is slated to headline the 2021 UEFA Champions League Final opening ceremony. On Monday, the DJ/producer revealed Selena Gomez and Khalid will also be appearing during Saturday’s set.