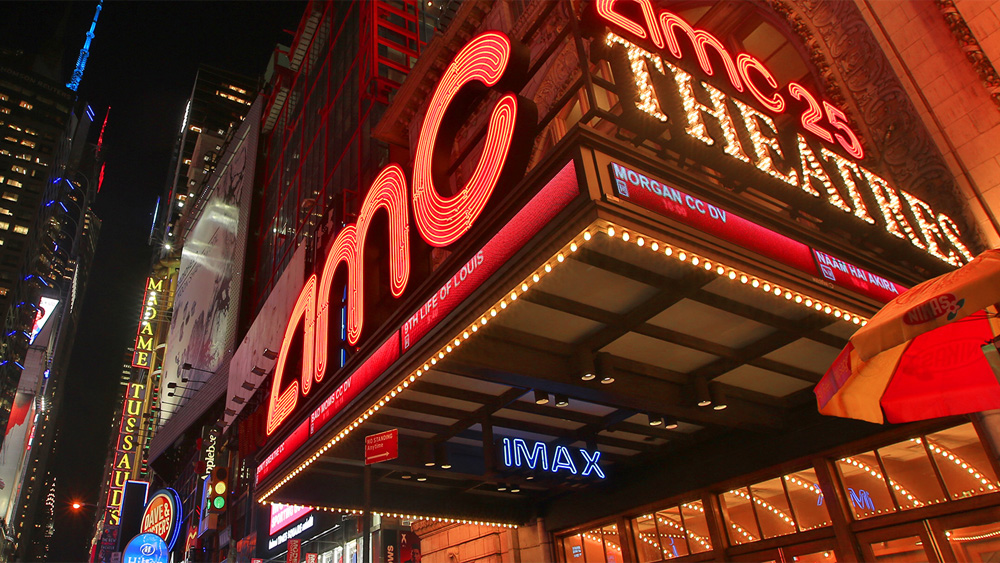 AMC has about 3 million individual investors now, 80% of its shareholders base. It was initially swept up in the GameStop-led meme-stock frenzy – retail traders who share funny videos and defiant exhortations on Reddit chatrooms and around social media to buy and hold certain stocks. The spike in AMC helped investor Silver Lake cash out richly and allowed the struggling theater chain to raise significant cash in equity sales – including $230 million from Mudrick Capital this week.

Mudrick sold its shares immediately, calling them overvalued. “I’ve seen buying and selling on the same day in IPOs, but I can’t remember anything like that,” said one fund manager gobsmacked by Mudrick’s fast turnaround and the buying frenzy around a stock that analysts who study fundamentals value at between $1 and $16. AMC closed up 95% Wednesday at $62.55. Its market cap of $28 billion was bigger than that of ViacomCBS.

It’s a victory lap for CEO Adam Aron, who had a rough 2020, raising funds piecemeal with theaters closed and, he counted, five brushes with bankruptcy. Given a strong Memorial Day holiday box office last weekend and overall accelerated reopening he was confident enough to say earlier this week that he hopes this latest cash raise will go towards buying ArcLight Cinemas and Pacific Theatres’ locations.

AMC has about $1 billion in cash now, Wall Streeters estimated, but might face resistance to using its highflying shares instead as a currency for a transaction. Given the volatility “I’d advise a seller not to take stock,” said one (unless they can flip it really fast). “Anyway, sellers try to estimate intrinsic value. Most buyer or boards are not using the market price of the stock but doing their own analysis,” they added.

Retail traders, who early this year wanted to #SaveAMC, know the company, like the brand and are driving the share price move. That’s likely in combination with shorts covering positions and possible programmatic trading – algorithm-driven transactions based on stock movement. But nobody seems to know exactly. The new investors call themselves “apes” and refer to Aron as “Silverback.”

Will they lose their shirts? “Would you pay 120 dollars for a four-dollar hamburger?” asked one industry player.

“We Know How This Ends, We Think We Know When, We Just Don’t Know the Path,” Loop Capital media analyst Alan Gould titled a note today. He anticipates the stock will retreat by the time the box office returns to normal sometime over the next year “when shareholders recognize what little cash flow per share remains for the equity holders after debt expense. We just don’t know the path of the stock price between now and then.”

Debt is about $5.2 billion, including deferred rent, he said.

“I would try to sell all the stock I could to pay off debt,” said another Wall Streeter.

It’s not clear how much stock AMC can sell ahead of its annual meeting scheduled for July 29. Stockholders will likely vote then on an authorization to boost its share count. The company tried to boost the count by up to 500 million this spring but retail investors protested and AMC dropped that request. New shares raise cash but dilute holdings of existing share owners. It’s how Wanda’s position was eroded.

Meanwhile, Aron is treating investors to a free popcorn if they join AMC Stubs, which they can now do through a dedicated window on the site that reads, “Welcome AMC Stockholders!”

“If you’re a current stockholder, let us know. We’ll send you special offers – starting with an initial FREE large popcorn, just for signing up – and the latest AMC Investor Connect updates. The popcorn offer will be conveniently added to your AMC Stubs account within 7 days, so you only need to scan your virtual card to receive the discount.​”

“What Adam’s just done is connect the dots” — between customers and shareholders, said one admiring industryite.

“How do you deal with millions of shareholders? Adam Aron has rewritten the playbook,” said a pundit on CNBC. “Usually, companies have more customers than shareholders. AMC may be the one that’s different.”