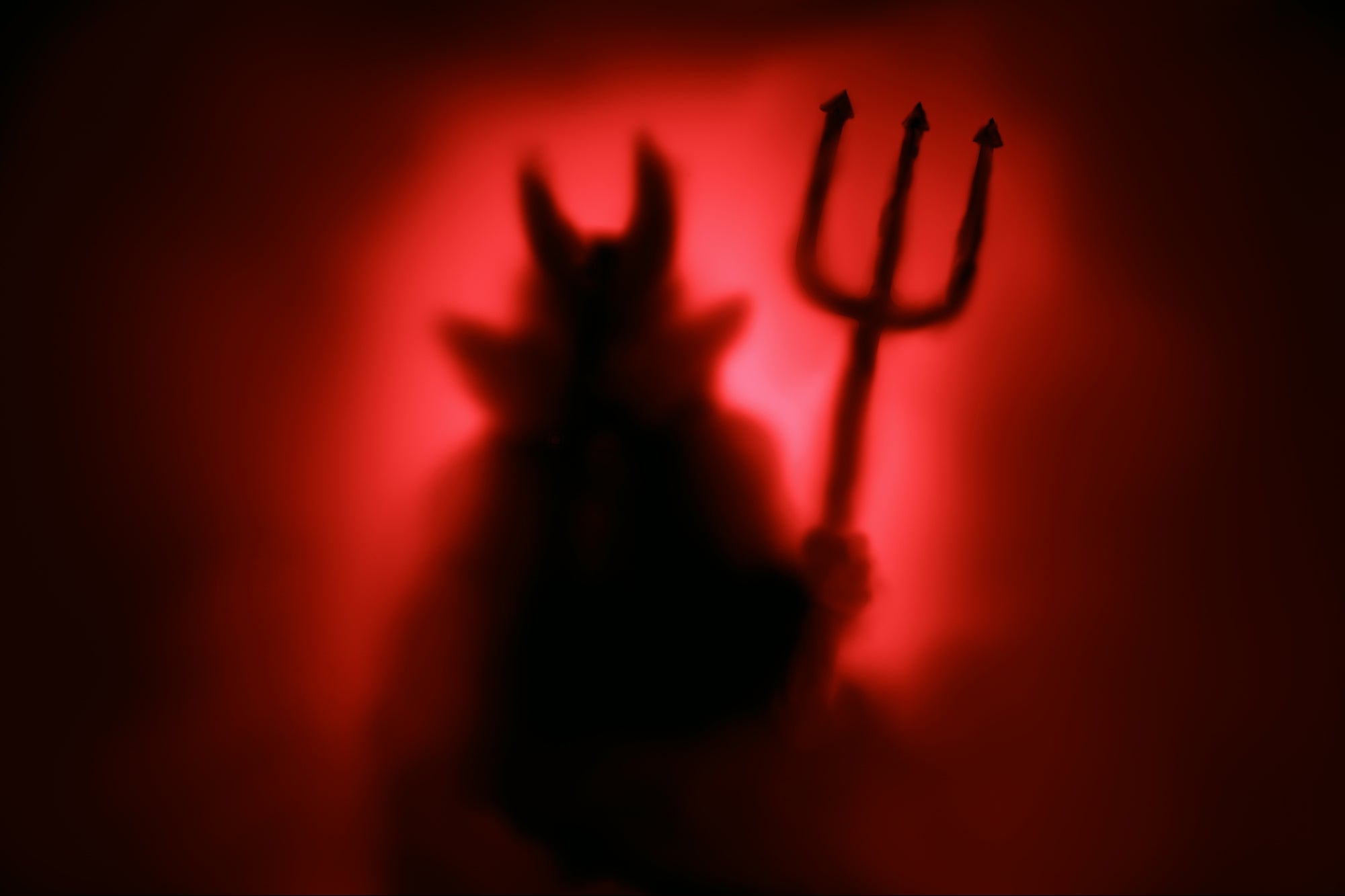 You will have more success prospecting by honing these three tactics.

We’re all familiar with the popular Devil at a crossroads legend. The legend is so popular that variations of it have appeared in movies, television shows and books. In all of these, the Devil successfully manages to convince people to trade their soul for riches, fame or talent.

The Devil is never outsmarted. He always wins.

This leaves the viewer wondering how is the Devil able to trick so many people, especially since some of the deals are inequitable. Upon closer examination of the tactics used by the Devil, we can see that many of them are the same as the ones that can be used in prospecting. By honing these tactics, you can experience as much success as the Devil.

The devil knows people and understands that they are short-sighted. Most are only worried about what is happening now. They are not concerned about what could happen in the future and make their decisions accordingly. In the movie Ghost Rider, motorcyclist Johnny Blaze is only concerned about the current state of his father’s health, and he trades his soul for the well-being of his father. He doesn’t consider how the ramifications of his actions will affect his future.

The same can be said for many others who, according to legend, make the same mistake and make a deal with the Devil. They want riches, fame or talent and fail to consider the future.

When it comes to prospecting and setting appointments, we face prospects who are also short-sighted and can’t think beyond the current business quarter. When you call these executives and start talking about change, they often present many obstacles because they are too occupied with the things they are currently working on. They can’t think of change in the future because they are not projecting beyond their current day-to-day challenges.

Related: 3 Cold Call Tips That Will Help You Book 15 Appointments a Day

It might seem that talking about change in the future might seem difficult when trying to set up appointments, but it’s actually very easy to do. If change is going to happen in the future, then it needs to be planned. For it to be planned, executives would have to talk about this possible change now.

I like to set up a meeting before the actual meeting to discuss if it’s actually worth their time at all. I refer to this meeting as a brief introduction and tell the prospect that it’s just to discover if there are any benefits that the company might want to think about for the future. This is an opportunity to feel out the prospect and to help them understand that at this point they don’t even know if there is a reason to look at a possible change.

Related: 25 Time-Tested Ways to Schedule a Call With a Business Prospect

The devil is really in the details: using persuasive tactics for success

Of course, just like the Devil, we use our persuasive tactics to set up the introduction meeting so that we can discuss the distant future of change in the present. Not only can we learn to focus our talk of change in the future from the Devil, but we can also borrow his crafty use of changing the meaning of terms.

When the Devil told Johnny Blaze that he would heal his dad and make him healthy, he kept that promise. He didn’t tell him the whole truth. In the same way, when we talk of change in the future, we are changing the very meaning of future to present by setting the appointment now.

This misdirection keeps prospects focused on the future, while you set the appointment for today. Just remember not to say it’s a sales meeting — always refer to the meeting as a brief introductory meeting. The real meeting will happen at a later time.

There are indeed lots of cold calling tactics that we can learn from the Devil. If you hone in your skills of speaking about change in the future and changing terms, you will become more successful at prospecting. In fact, one day you may even be able to outperform the Devil himself.

Related: 5 Secrets to Writing Sales Emails That Prospects Will Reply To

JAGUARS AND OTHER GAME
AMC CEO Adam Aron Extols Return Of Bob Iger To Disney: “Let Me Shout This From The Mountain Top”
4 books to give to bibliophiles
The Merger of Penguin Random House and Simon & Schuster Is Dead in the Water
How Do Visual Readers Read Nonfiction?