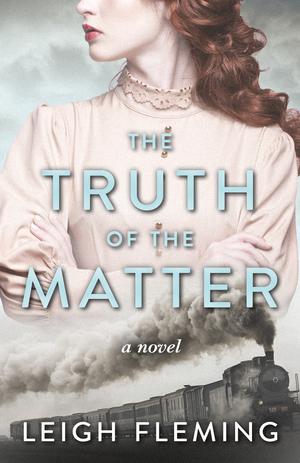 The much-loved royal romance genre gets a fun and refreshing update in McQuiston’s debut.

Alex Claremont-Diaz, son of the American President Ellen Claremont, knows one thing for sure: He hates Henry, the British prince to whom he is always compared. He lives for their verbal sparring matches, but when one of their fights at a royal wedding goes a bit too far, they end up falling into a wedding cake and making tabloid headlines. An international scandal could ruin Alex’s mother’s chances for re-election, so it’s time for damage control. The plan? Alex and Henry must pretend to be best friends, giving the tabloids pictures of their bromance and neutralizing the threat to Ellen’s presidency. But after a few photo ops with Henry, Alex starts to realize that the passionate anger he feels toward him might be a cover for regular old passion. There are, naturally, a million roadblocks between their first kiss and their happily-ever-after—how can American political royalty and actual British royalty ever be together? How can they navigate being open about their sexualities (Alex is bisexual; Henry is gay) in their very public and very scrutinized roles? Alex and Henry must decide if they’ll risk their futures, their families, and their careers to take a chance on happiness. Although the story’s premise might be a fantasy—it takes place in a world in which a divorced-mom Texan Democrat won the 2016 election—the emotions are all real. The love affair between Alex and Henry is intense and romantic, made all the more so by the inclusion of their poetic emails that manage to be both funny and steamy. McQuiston’s strength is in dialogue; her characters speak in hilarious rapid-fire bursts with plenty of “likes,” “ums,” creative punctuation, and pop-culture references, sounding like smarter, funnier versions of real people. Although Alex and Henry’s relationship is the heart of the story, their friends and family members are all rich, well-drawn characters, and their respective worlds feel both realistic and larger-than-life.