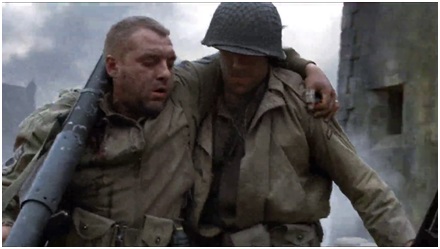 Coaching for resilience is about having the client increase their capability of facing challenges that strain their resources.

The basic foundation of my approach, in line with the research of (Pemberton, 2014), is that resilience is like a muscle which, like every other muscle of the human body that we all have since birth, we all have; will be strained from time to time and ultimately becomes stronger.

Some of the challenges the resilient coaching clients face might be:

Facing major changes/challenges in their lives, not necessarily of bad nature, such as:

Facing career challenges, such as:

1. Create awareness of the story and acceptance of the challenge

The first step is about having the client realize that, although it will not be a walk in the park, there is hope.

It is an approach of accepting that challenges are part of life and requires a lot of empathy and resilience by the coach themselves.

It is the step where the client takes Taking Radical Responsibility i.e., realize that the events can and have to be solved by themselves (JIM DETHMER, 2015) and, that they are the agents of change and that the success happens “By me” rather than events happening “To me” (Nannicini, Power Tool, 2021) (JIM DETHMER, 2015).

This part is a quasi-diagnostic step in which the coach, while being careful of referring a depressed client to healthcare professionals, supports the client identify the story they built around the current challenge and address their capability of, or most likely lack thereof, handling the challenge in their current mindset.

If the client’s language contains a significant amount of “always” and/or “never”, on top of the standard approach that entails inquiring for creating the coaching agreement and creating awareness, the coach can support the client in looking in their past to find the exception to have the client confirm that it cannot be “always” and/or “never”, rather they showed in the past that they can have all the capability of going through the current challenge. (Pemberton, 2014)

The coach can also rely on strength-based questionnaires and approaches such as those developed by (Peterson, 2004).

This step opens to way to the next one i.e., having the client develop a willingness to learn from the current challenge to be able to face any challenge moving forward, which is building the muscle in the analogy of resilience as a muscle.

2. Developing a willingness to learn and (if appropriate) taking a positive attitude

After the first step, the client can start to realize that what they experience as a struggle, is something they cannot only go through but also learn from to become a better and stronger person that can even start enjoying the “To me vs By me” (Nannicini, Power Tool, 2021) shift and use it to support others facing similar situations.

In this step a powerful questioning can always be used to find the inner fire of the client, with the potential reliance on Positive Psychology, I use a conditional since various factors such as the issue itself, the culture and personality of the client could not be suitable for such an approach which could even be considered too positive like it would have been for myself in all honesty.

Once the client has realized that there could be again not only limited to dealing with the current issue and for themselves alone, but they also become far more eager to move to the next level of taking on leadership roles in supporting themselves and those around them.

3. Support the client to develop new mental and physical habits to support their resilience

In other words, resilience both increases and is enhanced by personal wellbeing.

While mental wellbeing is mostly an outcome of the successful coaching engagement and positive handling of the challenge, physical wellbeing is possibly more easily to be acted on by developing habits such as better sleep and eating habits, ever-present doing physical activity, commit to quality time with family and friends (JIM DETHMER, 2015), reduce intoxicating substances consumption, etc.

I need to spend a word of caution here: since in both the realm of life and business coaching, this part necessarily implies a change of personal habits to it has to be used with the permission of the client which is likely straightforward for life coaching.

4. Embed the model in the client since resilience will be retested again

This is probably the most peculiar and controversial aspect of coaching for resilience and it links to the first step of this model: struggles are a part of life.

To use again the muscle analogy, this is where the client becomes aware that they will be tested again and that they will have the capability of using that now stronger muscle to succeed, or that that the muscle can be made stronger to handle stronger struggles.

This step requires again the use of external tools such as readings, retaking the strengths test (Peterson, 2004) to compare the development from the beginning of the engagement and relying on structures like family, the company the client works in, and the society overall for which plays a major role the renewed sense of purpose that has been developed in step 2 and by the use of my power tool (Nannicini, Power Tool, 2021).