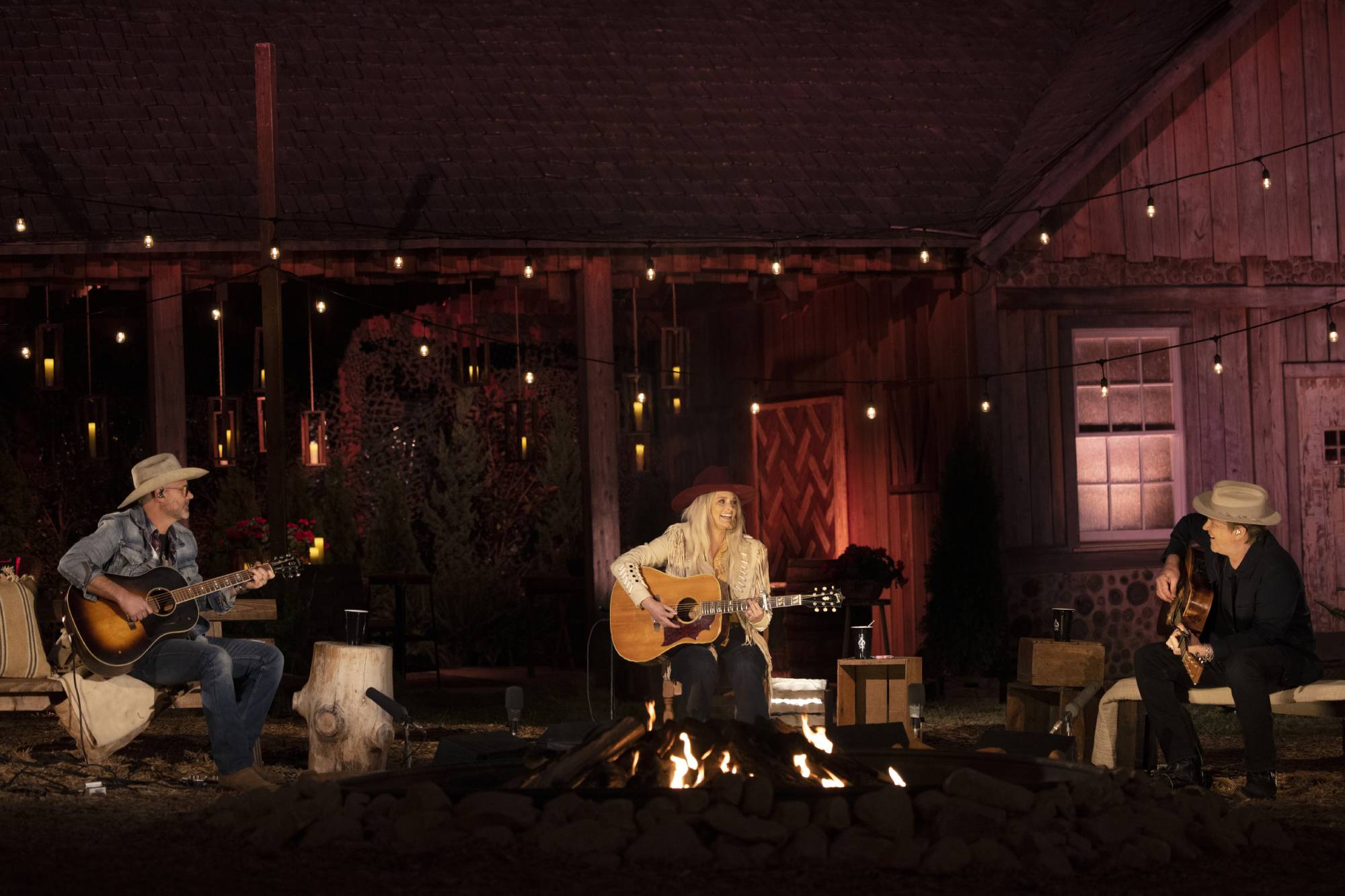 Miranda Lambert, Jack Ingram, and Jon Randall performed the drinking song “Tequila Does” off their stripped-down album The Marfa Tapes during the 2021 CMT Music Awards. Seated around a campfire, the trio strummed guitars and harmonized, playing up the natural vibes of the LP, which was recorded mostly outdoors in west Texas.

Lambert takes lead on this one, relishing lyrics about choosing Casamigos and Jose Cuervo over a guy. “They don’t love me like tequila does/nobody can,” she sang. The Texas-born country singer was tied with Maren Morris for the most nominations at this year’s CMT Awards with four each. Carrie Underwood and John Legend’s “Hallelujah” was named Video of the Year.

Lambert, Ingram, and Randall’s performance is a precursor to the new series CMT Campfire Sessions. Premiering Thursday, June 10, at 9 p.m. ET, the show features country artists performing outdoors around the namesake campfire. The Marfa Tapes episode includes “Two-Step Down to Texas,” “Amazing Grace (West Texas),” and “Tin Man.” An episode with Kane Brown and the trio Restless Road (the first act signed to Brown’s record label) premieres after the Lambert and Co. installment at 9:30 p.m. ET and includes songs like “Lose It” and “Take Me Home.”