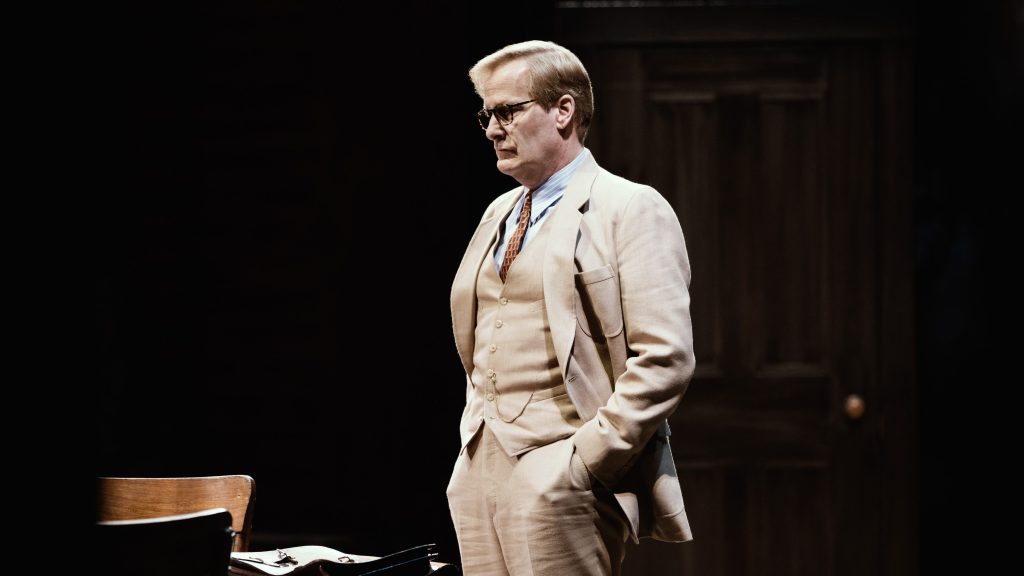 Aaron Sorkin’s To Kill a Mockingbird will return to Broadway on Tuesday, October 5, at the Shubert Theatre, with Jeff Daniels will reprise his originating role as ‘Atticus Finch’ and Celia Keenan-Bolger returning in her Tony Award-winning performance as ‘Scout Finch.’

The announcement was made today by producer Barry Diller. Scott Rudin is no longer credited as a producer, having announced his intention to step back from his Broadway projects following accusations of his abusive workplace behavior. Orin Wolf (The Band’s Visit, Fiddler on the Roof) has been named Executive Producer of To Kill a Mockingbird, effective immediately. Wolf will oversee all aspects of the production.

In a statement, Aaron Sorkin said, “We’ve been waiting more than a year for Mockingbird—and all of Broadway—to come back, so this is a very happy announcement. I’m looking forward to the re-launch of the play under Orin Wolf’s leadership and I’m excited for the electricity that Jeff, Celia and the whole cast will be bringing to the Shubert Theatre. Mostly I’m looking forward to being back in our rehearsal room.”

Daniels added, “Over the course of the original year long run, I felt a nightly privilege playing Atticus Finch. At this moment in our country’s history, I’m honored to play him again, to inhabit an iconic American Hero who still speaks to our times and will help us all remember who we can be.”

To Kill a Mockingbird has amassed a total gross of more than $125,000,000, and before the Broadway shutdown, continuously played to standing-room-only houses. Since performances began on Thursday, November 1, 2018, the production has not played to an empty seat, with capacity remaining over 100% for every performance.

Daniels and Keenan-Bolger originated their roles in the production, with Ed Harris and Nina Grollman eventually taking over the parts as replacements in 2019.

To Kill a Mockingbird will launch its coast-to-coast National Tour on March 27, 2022 at Shea’s Performing Arts Center in Buffalo, NY, followed by the official tour opening on April 5, 2022 at the Citizens Bank Opera House in Boston, MA, starring Emmy Award winner Richard Thomas as ‘Atticus Finch’; and will begin performances in London’s West End at the Gielgud Theatre on March 10, 2022, starring Rafe Spall.

Complete cast and other To Kill a Mockingbird news will be announced soon.