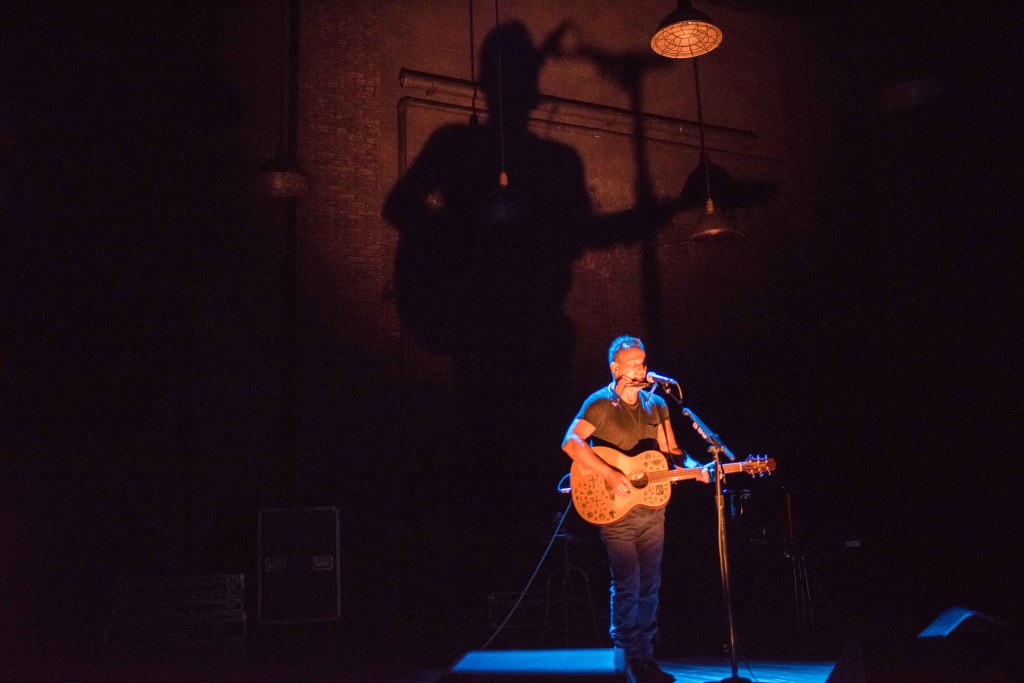 Longtime Bruce Springsteen fans are well-practiced in the art of waiting in line for tickets, a skill that could come in handy today with reports of virtual wait times for the recently announced Springsteen on Broadway revival clocking in at two hours and counting.

And the price per ticket? Six hundred bucks seems to be a bargain on the primary seller site, with secondary sites already seeking well in advance of that price. Sellers on the secondary market site StubHub are asking for significantly greater amounts.

Just after 2 p.m. New York time today, primary ticket provider SeatGeek tweeted a message to the patient (and not so much) hopefuls: “In the waiting room for Springsteen on Broadway tickets? We’re working hard to ensure that tickets make it into the hands of real fans. The line is moving – you can now refresh your browser & keep your place in line.”

Responses were swift. “I just tried that and it kicked me out / have been in the ‘waiting room’ for almost 3 hours,” wrote one. Said another, “2 hrs and 20 minutes later and nothing moving. for the second time i am beyond annoyed with this process.”

Some were more satisfied: “Well played SeatGeek .. it was a very smooth transaction .. hopefully Bruce continues to use you!”

Most of the social media gripes were about ticket prices, though. One Twitter user posted a screen shot of the show’s July 6 availability, with tickets starting at $600 and advancing to $750, $850 and Best Available.

Tickets for the show, which begins a summer-long engagement at the St. James Theatre on June 26, went on sale at noon ET today, with official prices ranging from $75 to $850.

Notwithstanding SeatGeek’s efforts to “to ensure that tickets make it into the hands of the real fans,” the resale site StubHub had numerous listings for the show by early afternoon, with prices well beyond the $800 mark. One StubHub seller, who claimed to have more than 80 tickets available, was selling two Row F orchestra seats for $7,905 each (remember, asking price isn’t the same as selling price).

“I’m a teacher,” tweeted a Miss Brady in response to the SeatGeek post, “so I was only ever going to be able to get the affordable tix for @springsteen. 140 minutes later and there’s nothing left but the $800 tix, the $75 are now on @StubHub.”

In the waiting room for Springsteen on Broadway tickets?

We’re working hard to ensure that tickets make it into the hands of real fans. The line is moving – you can now refresh your browser & keep your place in line.

Official ticket sales information for Springsteen on Broadway was not immediately available, but wherever the figure lands it will no doubt be a boon to New York City’s Covid vaccination rate: Proof of full vaccination will be required for entry into Jujamcyn’s St. James Theatre.

As for the show itself, Springsteen says he’ll be “freshening up the script” for the Broadway return, telling Sirius XM’s E Street Radio today, “There will be some small [changes], but I don’t think too much. It lasted for 236 shows a week, pretty much the way it was. It had gotten a little longer which means I probably added things. I would like to tighten it up a bit, if anything. I would like to get it a little closer to what it was when I initially debuted it on Broadway than towards the end a little bit.”

Springsteen told E Street Radio hosts Dave Marsh and Jim Rotolo that the idea for the Broadway revival was spur of the moment.

“I had a friend who got so enthusiastic about it to me that he talked me into it sitting on my couch one night,” Springsteen said. “The next day I said, ok, we’ll do some shows. It really came around kind of casually.”

“It will be just nice to be back there again and hopefully we can lend a hand,” he said.