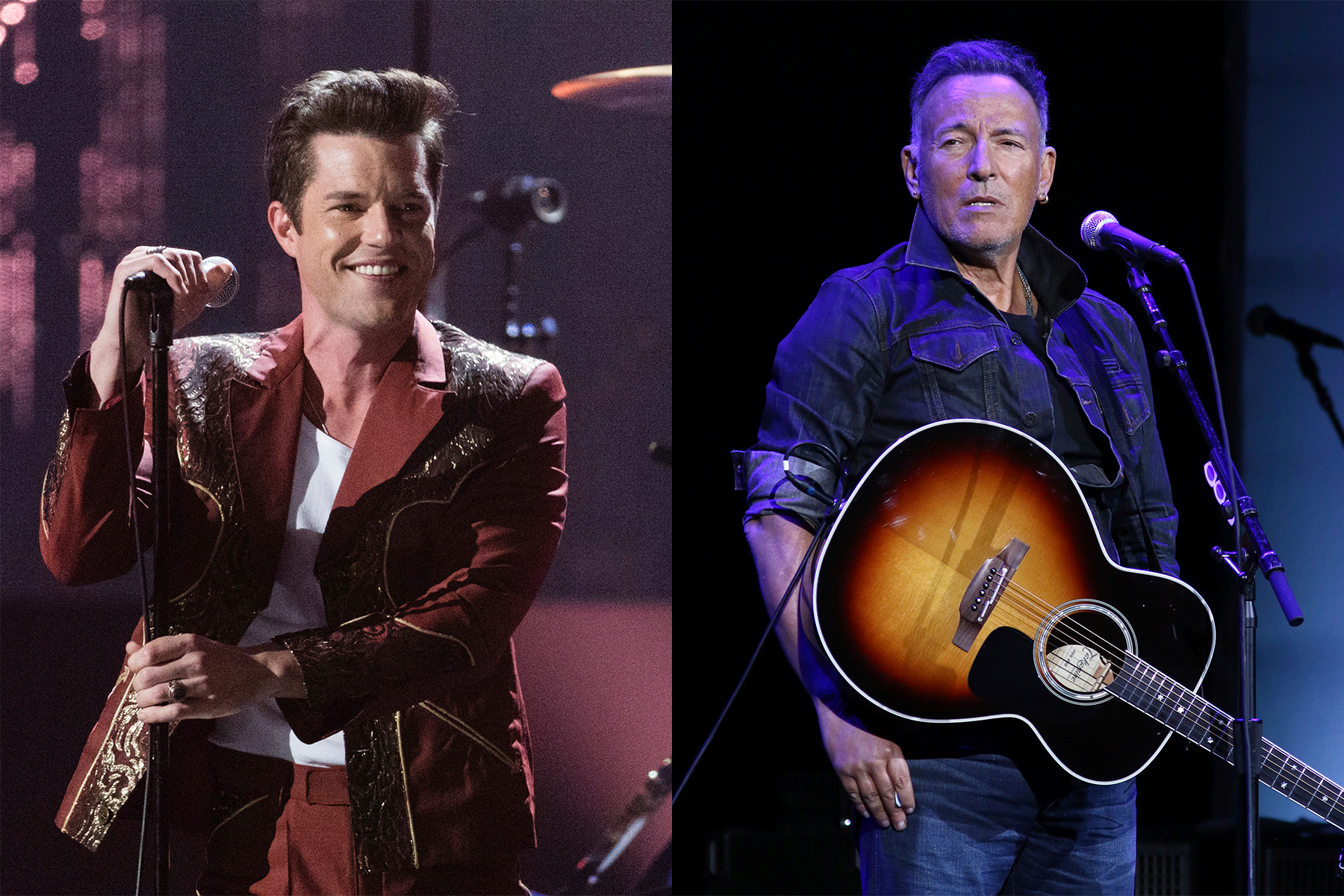 The Killers and Bruce Springsteen have teamed up to record a new version of “A Dustland Fairytale,” which originally appeared on the band’s 2008 LP Day & Age.

In an e-mail interview with Rolling Stone, Killers frontman Brandon Flowers said the original plan was to play the song together live. “But the idea to record it remotely was initially about giving people something during quarantine,” he says. “‘Dustland’’s lineage leads straight to Bruce. When we finished it back in 2008, I sent him a copy and a note expressing my gratitude for his contribution to my life.”

“I attribute my discovery and absorption of his music with helping me become a more authentic writer,” he continues. “He helped me to see the extraordinary in everyday people and their lives. And in this case, it was my parents who were under the microscope. Their faith and doubts, their search for salvation in the desert. It sounds Biblical. It also sounds Springsteenian.”

Brandon Flowers has long cited Bruce Springsteen as one of his most important influences, although the Killers took some heat in 2006 when some critics said their LP Sam’s Town drew a little too much from his work. That reaction weighed heavily on Flowers when he first met Springsteen.

“I was scared to death, with all the dust that was kicked up about Sam’s Town,” Flowers told Rolling Stone in 2008. “And he just eased my mind and gave me such a boost of confidence. He was way nicer than he needed to be. He talked about how undeniable the first record was. And I brought up my concerns about it all, and, you know, he said he dealt with the same thing with Bob Dylan.”

The next year, the Killers found themselves playing right before Springsteen at the Pinkpop festival in Landgraaf, Netherlands. Toward the end of Springsteen’s set, Flowers came out to sing “Thunder Road.”

“That’s a special song,” he told Rolling Stone in 2017, “and was a real highlight of my life and career.”

And now, 12 years after that night in the Netherlands, Flowers finally had the chance to formally cut a song with Springsteen. “It means a whole lot to get a text from Bruce,” Flowers says, “let alone an appearance on a song of ours. He’s living, breathing American royalty.”

Embrace Cozy Season with These Home and Style Upgrades
The “Culture War” Designation is Journalistic Negligence: Book Censorship News, December 2, 2022
Be Bold: Add Some Color to Your Bookshelves
To Walk Or Watch: Our Critic Sticks With ‘Emancipation’
The Return of the Killer Robots By Howard Bloom