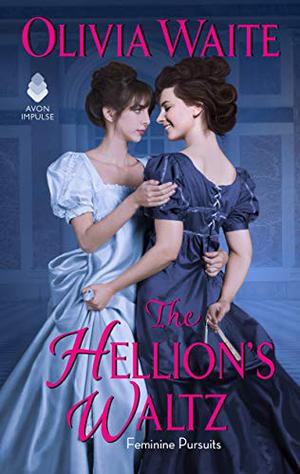 A young woman meets the love of her life on the subway, but there’s one problem: Her dream girl is actually a time traveler from the 1970s.

Twenty-three-year-old August Landry arrives in New York with more cynicism than luggage (she can fit everything she owns into five boxes, and she’d love to downsize to four), hoping to blend in and muddle through. She spent most of her childhood helping her amateur sleuth mother attempt to track down August’s missing uncle, and all that detective work didn’t leave a lot of time for things like friendship and fun. But she ends up finding both when she moves into an apartment full of endearing characters—Niko, a trans psychic whose powers are annoyingly strong; his charismatic artist girlfriend, Myla; and their third roommate, a tattoo artist named Wes. And then, on a fateful subway ride, she meets Jane. Jane isn’t like any other girl August has ever met, and eventually, August finds out why—Jane, in her ripped jeans and leather jacket, is actually a time traveler from the 1970s, and she’s stuck on the Q train. As August, who’s bisexual, navigates the complexity of opening her heart to her first major crush, she realizes that she might be the only one with the knowledge and skills to help Jane finally break free. McQuiston, author of the beloved Red, White, and Royal Blue (2019), introduces another ensemble full of winning, wacky, impossibly witty characters. Every scene that takes place with August’s chosen family of friends crackles with electricity, warmth, and snappy pop-culture references, whether they’re at a charmingly eccentric 24-hour pancake diner or a drag queen brunch. But there are also serious moments, both in the dramatic yearning of August and Jane’s limited love affair (it can be hard to be romantic when all your dates take place on the subway) and in the exploration of the prejudice and violence Jane and her friends faced as queer people in the 1970s. The story does drag on a bit too long, but readers who persevere through the slower bits will be rewarded with a moving look at the strength of true love even when faced with seemingly insurmountable obstacles.

A sweet, funny, and angst-filled romance with a speculative twist.

Warner Bros. Discovery CEO David Zaslav embraces the past as he plans his company’s future
LETTING THE HOUSE GO
Courtney Barnett Previews Here and There Touring Fest on ‘CBS Mornings’
A Michigan Public Library May Close Due to Conservative Propaganda
Bill Maher Rails on Obesity and ‘Body Positivity’ Calling it a Catastrophe