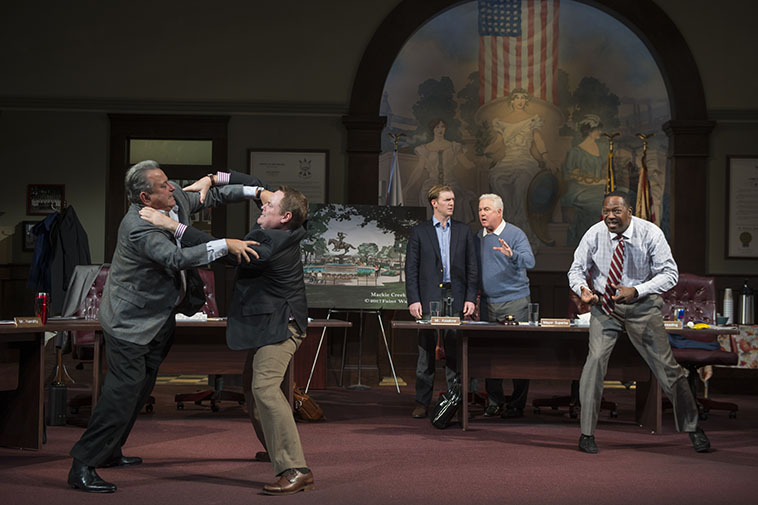 Steppenwolf’s production of The Minutes, the new Tracy Letts play that had begun previews on Broadway when the industry shut down in March 2020, will resume performances in March 2022, with an official opening night on Thursday, April 7.

The play, with cast to be announced, will take up residence at Broadway’s Studio 54 theater, a move from its 2020 home at the Cort Theatre. Though Studio 54 is owned by the Roundabout Theatre Company, The Minutes is not a Roundabout production.

At the time of the shutdown, The Minutes starred Letts, Ian Barford, Armie Hammer, Blair Brown, Cliff Chamberlain, K. Todd Freeman, Danny McCarthy, Jessie Mueller, Sally Murphy, Austin Pendleton, and Jeff Still. Hammer dropped out of the production in April after becoming the subject of sexual misconduct allegations (the actor has denied all the accusations).

The cast for the 2022 production will be announced soon, producers say.

The Minutes chronicles the inner workings of a city council meeting and the hypocrisy, greed and ambition that bubble to the surface when a newcomer to the small town of Big Cherry starts to ask the wrong questions: Why is someone on the council mysteriously missing? Why are the minutes from the last meeting being kept secret?

Check out a teaser video above.