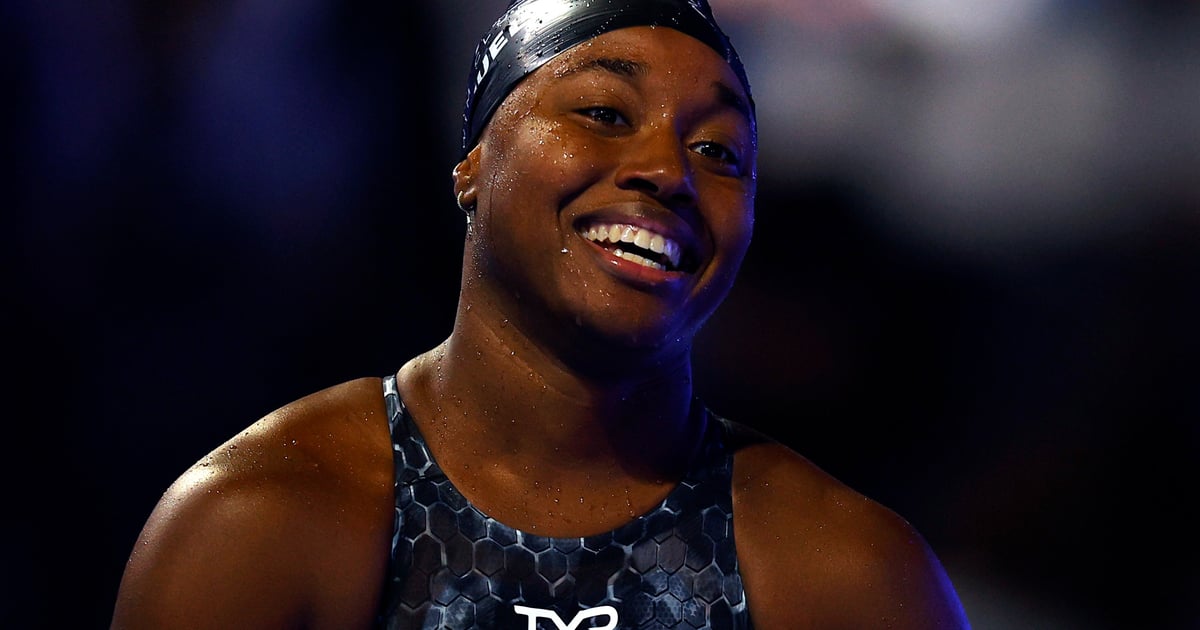 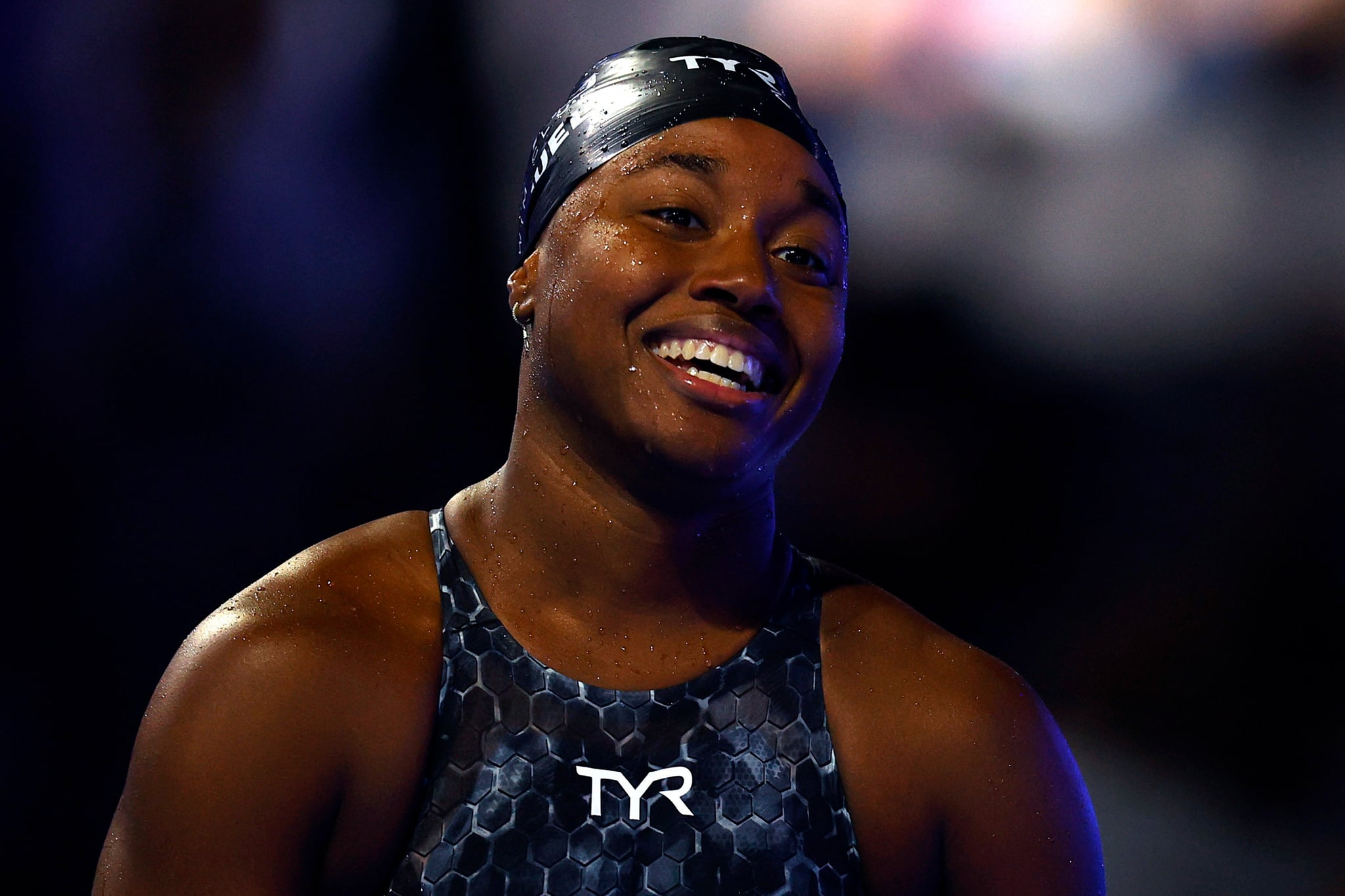 Simone Manuel is one to watch in Tokyo! On the last day of trials, after winning the 50-meter freestyle with a lead of just .01 seconds, Manuel secured her spot and is headed to the Olympics.

Then in 2019, Manuel won the 50-meter and 100-meter freestyle at the FINA World Championships, breaking her old American record in the 100 free, proving once again that her talent is not up for debate. Her times speak for themselves, as they always have. Manuel has proved the naysayers wrong, once again, as she ascends to the top of the history books.

But transcending sport as we know it, among the likes of Serena Williams, LeBron James, and other elite athletes, is never as clear-cut, linear, or effortless as it seems when looking from the outside in. Not to mention the weight you carry being a Black woman in a sport that’s predominately white.

“It’s definitely difficult at times because you are one of very few,” Manuel told POPSUGAR in a 2019 interview. “When I was younger, it was hard as well. But even now, I feel like it’s hard to fit in culturally. I grew up differently; I think differently; I have different opinions on some things.” Like other Black and brown athletes, Manuel has dealt with her fair share of negative messages from people that have nothing to do with her performance but everything to do with her race. “I think just with the age, especially of social media, it’s really easy for people to say things about me that aren’t really nice,” she said. “Not because of my ability, but because of the color of my skin.”

“If I consistently focus on the expectations of other people, which sometimes are very low, then I wouldn’t be as successful.”

At an early age, Black parents preach the adage “you have to work twice as hard to get half as far” to their children, preparing them for the prejudice and systematic discrimination they will inevitably face at some point in their lives — regardless of how smart and talented they are or how many records they shatter. “I feel like I have to continue to prove myself . . . I feel like I have to consistently prove to other people, time and time again, that I deserve to be here,” Manuel said.

As draining as proving the doubters wrong can be, Manuel said, “Instead of me feeling like I have to consistently prove myself to other people, I feel like it’s important for me to consistently just expect a lot from myself. And I definitely think that has made me very successful, because if I consistently focus on the expectations of other people, which sometimes are very low, then I wouldn’t be as successful.”

Taking a less-than-ideal situation and finding the lesson, the way to improve and become better, is engrained in athletes’ DNA. “It’s truly a blessing to be in this position. It is hard. I do feel like sometimes there is a lot of weight on my shoulders,” she said. “But I don’t think that it’s a responsibility that I take lightly or that I’m ungrateful to have.” Every time she shows up to her four-hour practices, every time she competes, every time she obliterates a record, she is inspiring people of color and people from underrepresented communities to learn how to swim “or just to be themselves.”

“Obviously I want to teach children how to swim and save their life, but beyond that, I just hope it opens the door for people to see that, ‘Hey, Simone’s a minority and [she] is good at swimming, and she’s doing well, and she loves it, and she didn’t let these stereotypes or biases stop her from pursuing her passion.”