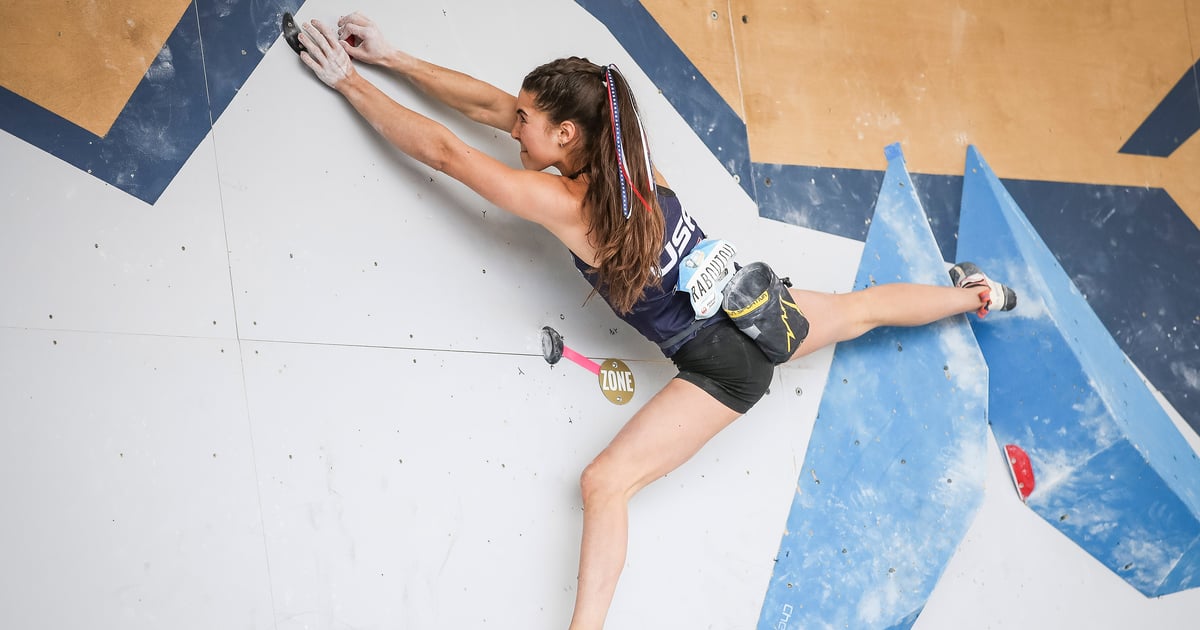 Brooke Raboutou, 20, has said in the past that she started climbing by the time she could walk. Footage of her on the rocks shows how flexible she is, how fast she can go, and how much grip strength her fearless fingers have. For lack of a better word, she’s a natural. At the 2019 IFSC Climbing World Championships in Hachioji, Japan, the Boulder, CO, native became the first American to qualify for the Tokyo Olympics in sport climbing, and we can’t wait to finally see her compete this summer for Team USA!

“When I’m on a high rock, I feel I’m in control and just happy,” Raboutou told Thnkr in 2013. The challenge of it all excites her. At the time, she was just 11 years old and setting records worldwide. According to one of her coaches, Garrett Gregor, she was the first 9-year-old to climb V10 and the first 10-year-old to climb V11, which are pro-level bouldering grades. At 10 years old, she became the youngest woman to do a 514.a climbing grade. At 11, she became the youngest person to do a 514.b climbing grade.

This is the first time sport climbing will be featured in the Olympic Games. There will be three disciplines — lead climbing, speed climbing, and bouldering — and each nation is allowed two athletes per gender. Raboutou will be joined by Kyra Condie on the women’s side and Nathaniel Coleman and Colin Duffy on the men’s side. Each competitor’s scores in the three disciplines will be combined to determine the final rankings. “In a few days I should get a letter with my ticket to the 2020 Olympics!” Raboutou wrote on Instagram. Ahead, check out this superstar in action.