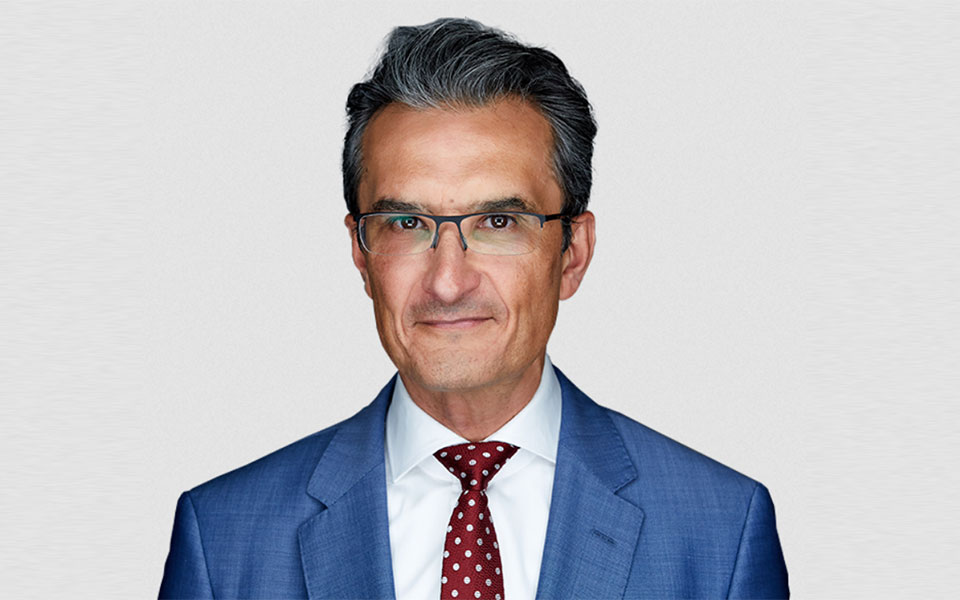 Earlier this year, Glencore legendary CEO Ivan Glasenberg retired after 18 years at the helm of the largest mining company in the world. During his tenure, the company’s stock went up and down, with an overall performance between 2002 and 2020 of -16.8% on a cumulative basis (Glasenberg is also credited with taking the company public in 2011). In the same time period Rio Tinto’s (Glencore’s biggest rival) stock return was +152%.

Take the case of Steve Jobs. During the period he was the CEO of Apple (and taking into account only the years when the company was publicly traded), the stock had an astonishing performance of +9,371%. His successor and current CEO Tim Cook has since increased stock prices by an additional 1,131% in the last 10 years.

How much of such performance (negative in the case of Glencore, stellar in the case of Apple) can be attributed to the companies’ top executives? This is an important question because companies today spend millions of dollars identifying the right person for the CEO role; executive search firms have subsequently created a new industry where a past track record is the best business card to get a CEO job. Moreover, the way top executives are compensated today – with hefty bonuses tied to corporate performance metrics – suggests that there is a clear relationship between CEO skills and company results. In other words, CEOs do matter.

Whether top executives create (or destroy!) value is a very difficult question to answer. We do not know what the performance of Glencore and Apple would have been if someone other than Mr Glaesenberg and Jobs had been in the top job. We cannot say that Tim Cook is a worse CEO than Jobs either, because other factors such as competition from China, the business cycle, and the importance of technology stocks in institutional performance explain Apple’s stock price in the last decades. Multiple academic studies have shown that the value contribution of CEOs may range between nothing and about 10% of the company’s financial and accounting profitability.

The value of CEOs is definitely an empirical question. My assertion is that CEOs are definitely less important than what we think. There are two main reasons for this:

The first reason is the Halo effect. That is, we tend to attribute good performance to CEOs, but we blame external factors for negative results. First named by psychologist Edward Thorndike in his 1920 article “A Constant Error in Psychological Ratings,” it is a reference to a person being perceived as having a halo of goodness that may or may not be justified based on a limited set of facts.

IMD’s Professor Phil Rosenzweig argued in the book “The Halo Effect”¹ that perceptions of performance contaminate the assessments that we make about managers and leaders. He used several examples, from Lego to Cisco and ABB, to show that an individual leader’s skills do not affect a company’s performance in a significant way—instead, good performance causes us to evaluate leaders in a too positive way, inducing us to attribute stellar performance to certain leadership skills. For example, if a leader appears to be dynamic and decisive, and the company is successful, the tendency is to put a halo on the leader and attribute the success of the firm to his or her leadership. In reality, there may be many other factors or people that have made significant contributions.

The second difficulty when assessing the effect of leaders is that most research focuses on what I call “a mediating variable.” That is, even if I do not have direct evidence of how leaders create overall value for organizations, we can test whether they have an impact on particular aspects of the company that should be naturally value-increasing. For instance, a significant number of academics have studied the impact of leaders on organizational performance, motivation, risk-taking, culture, adoption of best practices, employee satisfaction, and speed of job completion.

A good assessment of the impact of leaders must be made controlling for a potential halo effect, and this can only be done if we look at leaders, not at leadership characteristics, and try to isolate the impact (positive or negative) that CEO changes have. A second approach is to study changes in leadership that are completely independent of past performance. This seems impossible in principle. First, because company boards hardly say, “The CEO will be fired because he has disappointed us.” Second, because the halo effect is also present ex ante, so when Danone has appointed Antoine de Saint-Affrique as its new CEO, it is because his record as a “standout leader in the consumer goods world” will guarantee better results than his predecessor.

To determine the real influence of a leader, over a period of time you would need to study the same company in the same circumstances, with the only difference being the leader. In 2010, Bennedsen, Pérez-González, and Wolfenzon (from INSEAD, Stanford University, and Columbia University respectively) found a way to do this.² They conducted a study using a sample of Danish companies where the CEO had died suddenly and unexpectedly, and was quickly replaced. They identified 6,753 deaths of CEOs and/or their family members. Furthermore, the authors meticulously sorted the tragic events into 1,015 CEO deaths, 733 spouses’ deaths, 282 children’s deaths, 3,061 parents’ deaths, and 1,364 parents-in-laws’ deaths. In defining firm performance, the scholars looked at operating return on asset (OROA), investment, and sales growth.

A similar study was conducted by Marianne Bertrand from the University of Chicago and Antoinette Schoar from MIT. In their study entitled “Managing with Style,”³ the two professors constructed a manager-firm matched dataset that allowed them to track the same top managers across different firms over time using Forbes 800 files from 1969 to 1999. In measuring corporate performance, Bertrand and Schoar utilized various financial indicators to reflect firm performance including total sales, investment, cash flow leverage, cash holding, and return on asset. There are some interesting findings from their study. First, managers matter, both economically and statistically, to the policy decisions of firms. Second, the realization of all investment, financing, and other organizational strategies systematically depends on the specific executives in charge. Third, managerial differences in corporate practices are systematically related to differences in corporate performance. Fourth, managers with higher performance receive higher compensation.

The third result is important: CEOs make a difference in results. However, the magnitude is not stellar: the authors calculate that individual CEOs only contribute to between 2 and 4 percent of total performance. (That is, if Apple’s profit margin in 2018 has been 38 percent, Tim Cook’s individual decisions would be able to add, or detract, at most 1.5 percent per year.)

Consequently, if CEO decisions are so unimportant, what determines corporate performance? Specifically, what explains that two companies in the same industry and operating in the same country, display different results?

The answer is twofold.

First, companies are affected by policy and regulation differently depending on their industry, geographical focus, talent management policies, governance rules, culture, and strategy.

Second, leaders’ room to manoeuvre internally is determined by their ability to cope with institutional challenges externally; that is, a skill that leaders (and leadership schools) should nurture is resiliency to the environment. In 2009, Nestlé, the largest consumer goods company in the world, appointed Antonio Helio Waszyk as CEO of Nestlé India. Before his appointment Helio had never been responsible for any profit and loss numbers. Previously, he had headed the global foods strategic business unit and Nestlé’s research and development center. During his tenure, India became a key market for Nestlé and revenues grew at spectacular rates.  But his appointment also revealed how the food and beverages multinational thinks: in order to succeed in a market, you need to understand it, and for that, business knowledge is less important than cultural empathy. Indeed, one of the first things that Waszyk did was to forge relationships with farmers to learn about their needs. For him that was easy: he had grown up on a farm, and being Brazilian, he perfectly understood the social dynamics; and which country could be more similar to India than Brazil?

I strongly believe that the ability of a senior leader to succeed depends on his or her knowledge and mastery of the global context. Today, governments and their policies are more important than ever and global factors (much more than leadership) explain corporate performance. To what extent CEOs understand and manage these forces determines how well companies perform.

Am I Too Old To Wear This?
DINNER ON DOMINGOS
Imax CEO Urged Paramount Not To Move ‘Top Gun: Maverick’: “They Just Wanted Perfect Conditions Around It”
The ‘New Normal’ Isn’t Coming: 3 Ways to Build an Adaptive, Modern Agency
Getting back to a State of Unitedness …