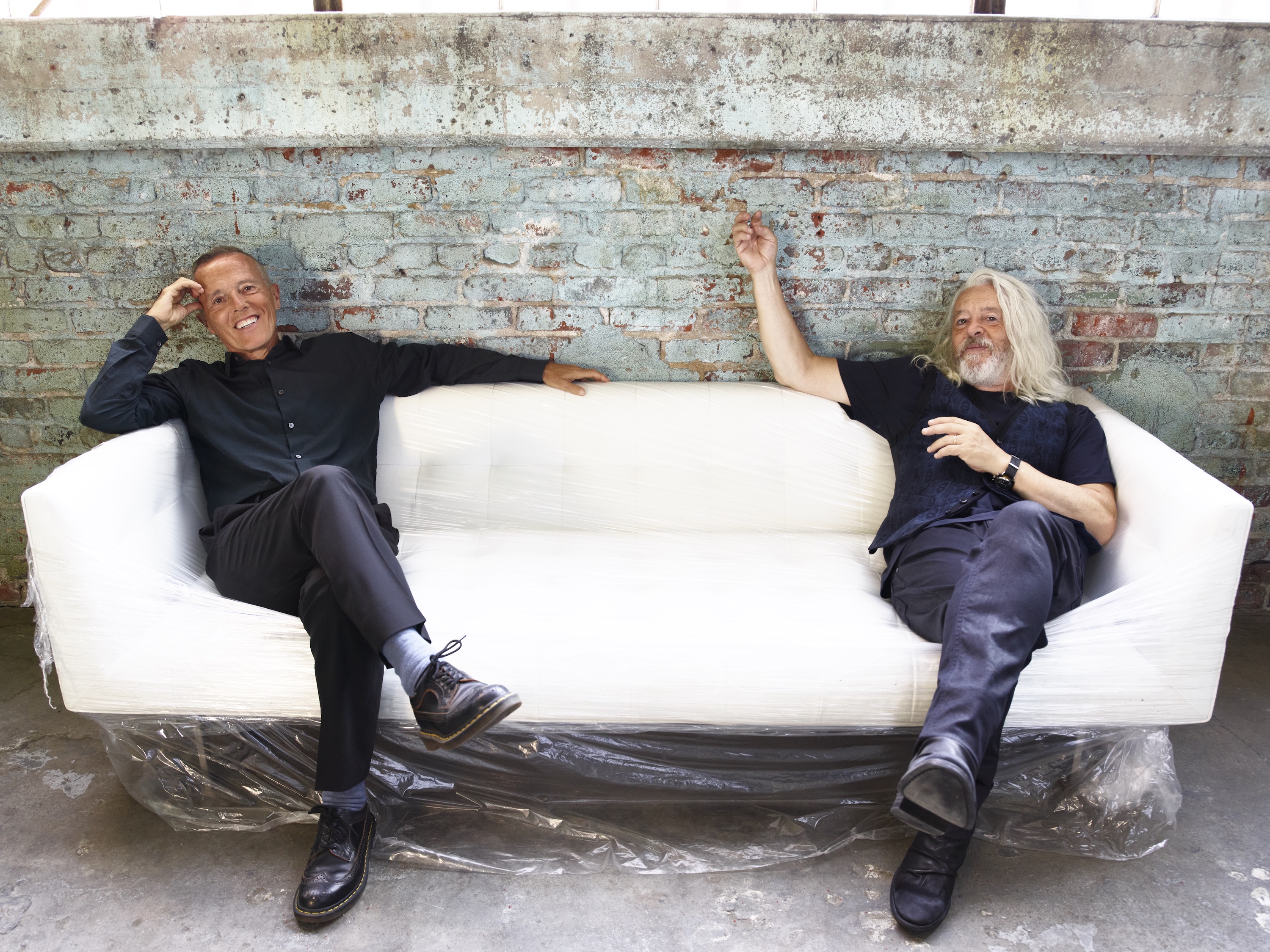 Seventeen years after Tears for Fears last released an album of new music, the beloved band behind “Head Over Heels,” “Shout” and “Everybody Wants to Rule the World” will return in 2022 with The Tipping Point.

Ahead of the LP’s arrival on February 25th via Concord Records, Tears for Fears founding members Roland Orzabal and Curt Smith also shared the first single and title track “The Tipping Point,” which — like the album — was inspired by a series of professional and personal “tipping points” in the years following their last album, 2004’s Everybody Loves a Happy Ending.

For Orzabal, that point was influenced by the death of his wife Caroline in 2017. “It came at a time when my (late) wife was very ill. I was watching her become a ghost of her former self. So the song’s narrator is in a hospital ward looking at people about to cross the threshold that we call death,” Orzabal told Rolling Stone.

“The line in the song says, ‘Will you ever know when it’s the Tipping Point?’ meaning, will you ever know when a person has crossed that threshold from life to death when you cannot even perceive that ‘vague and distant void’ as it’s described in the lyric. I have to admit that even in March 2016 when I was read the riot act by doctors about Caroline possibly not making it through the weekend, I was still in denial. I think that when you’ve been close to someone for decades, they are living within you as well as without. And consciously I did not believe she would die, though subconsciously I was, without doubt, preparing for the inevitable, arming myself against the future shock.”

The song itself was built out of a “haunting backing track idea” created by the band’s co-producer and longtime touring member Charlton Pettus. “He blended a couple of trademark themes, twisted the time signature and left me to sort out the rest,” Orzabal says.

Tears for Fears hadn’t intended to take such a long break between albums; “I would say life and geography got in the way,” Smith tells Rolling Stone, adding that while the band still toured frequently, they didn’t want to be “helicopter parents” to their then-young children. When it finally came time to make a new album a few years ago, as the duo notes, they were encouraged by previous management to work with an army of “today’s hitmakers,” each of whom tried to”recreate a Tears for Fears classic.” The sessions were an epic disaster, the band admits, and another tipping point.

“We went along with the process and amassed a lot of up-tempo attempts at hit singles. I like a lot of them but when configured into an album, they were tiring to listen to. There was no artistry, no dynamics, no personality to the album,” Orzabal says. 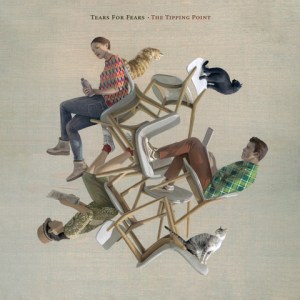 Instead, Smith and Orzabel did something they hadn’t done since there were teens: They sat in a room, acoustic guitars in hand, and started making music. The result, opening track “No Small Thing,” is what the band cites as the catalyst that sparked The Tipping Point.

However, some songs from the failed collaborative sessions found second life on The Tipping Point: “My Demons,” written with Sacha Skarbek and Flo Reutter (“I must admit I am very proud of the lyric, kinda ‘Boy in the Bubble’ on crystal meth,” Orzabal says) as well as “Please Be Happy,” “an agonizing plea to the person you love as they struggle with depression. But that song lay dormant for a long time. It’s a slow, heartfelt ballad which I try not to listen to too often,” Orzabel says.

The Tipping Point also features “Stay,” which was one of the two new songs the band recorded for the 2017 best-of compilation Rule the World.

“It has been remixed to be more in line with the recording and flow of the album, the flow of the album being the reason it was chosen,” Smith says of the inclusion of “Stay.” “We do have an old school approach to albums in the sense that it needs to tell a story, as well as have a side one and side two. We felt ‘Stay’ had a similar effect as ‘Listen’ on Songs From The Big Chair, it was a long calm breath at the end of the album, the palate cleanser. Also the final lyrics being ‘Stay, don’t stay. Go, don’t go’ made it all the more poignant.”

Tears for Fears also plan to tour extensively in support of The Tipping Point, which is available for preorder now.

Why Attribution Is All That Should Matter in Digital Marketing
Why Data Ownership is Important When Engaging a Real Estate Advisory Partner
Fixed-income titan Pimco is starting to embrace cryptocurrencies, CIO says
Everybody in the Red Brick Building
You Can’t Silence This ‘Lamb’; Holdovers, Including ‘The Rescue,’ Drive Arthouse – Specialty Box Office