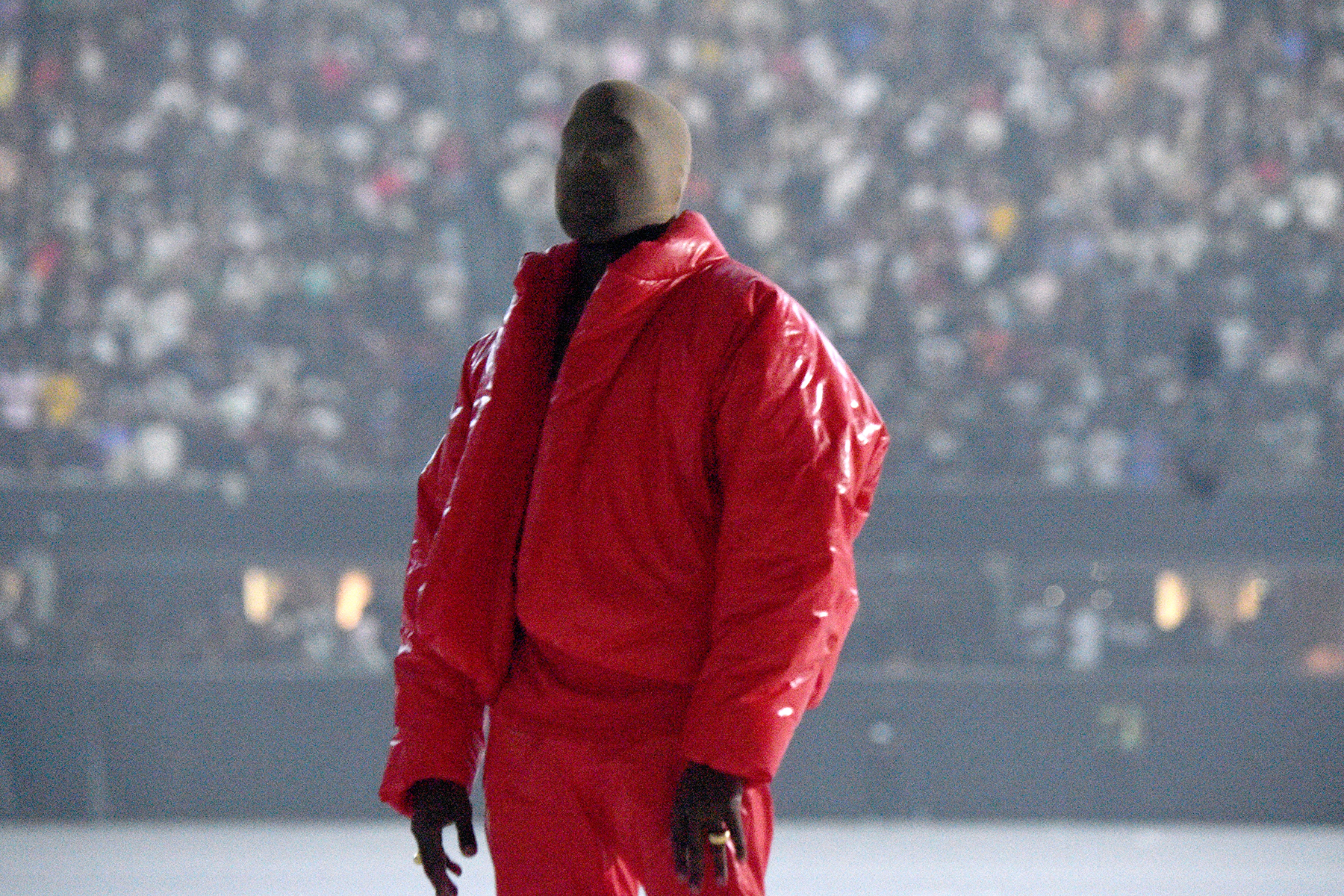 Kanye West staged an increasingly rare performance Saturday, delivering a handful of hits during a wedding in Venice, Italy.

A masked West — who, not counting his Donda stadium playbacks, last performed in March 2020 alongside his Sunday Service — reportedly delivered “Runaway,” “Flashing Lights,” and Donda’s “Come to Life” and “Believe What I Say” at the reception that followed the wedding of  D’Estree founder Geraldine Guiotte and Tiffany & Co EVP Alexander Arnault, Complex reports.

Video from West performing at the wedding — which was also reportedly attended by Jay-Z and Beyonce — later emerged on social media:

(As opposed to the ski masks and stockings that the rapper has routinely worn in public in recent months, West donned a mask that resembled “The Front Man” in Squid Game for the wedding, with the rest of his outfit styled by Balenciaga.)

Styled by Ye and Balenciaga. pic.twitter.com/LvdA3pTSu1

West has kept a low profile following the release of Donda in August, although the rapper did pop up in New York to support Kim Kardashian when she hosted Saturday Night Live last week. West also recently listed his Wyoming ranch — where he recorded Ye as well as LPs by Nas, Pusha-T and Teyana Taylor — for $11 million.

The Best Stylish and Functional Winter Boots to Invest in Now
Spotify removes many comedians’ work from streaming platform over royalties dispute
The Gucci Heirs Do Not Approve of House of Gucci
10 Outerwear Essentials From Under Armour That Have You Covered in Every Way
Vivica A. Fox Supports Jussie Smollett as He Goes on Trial