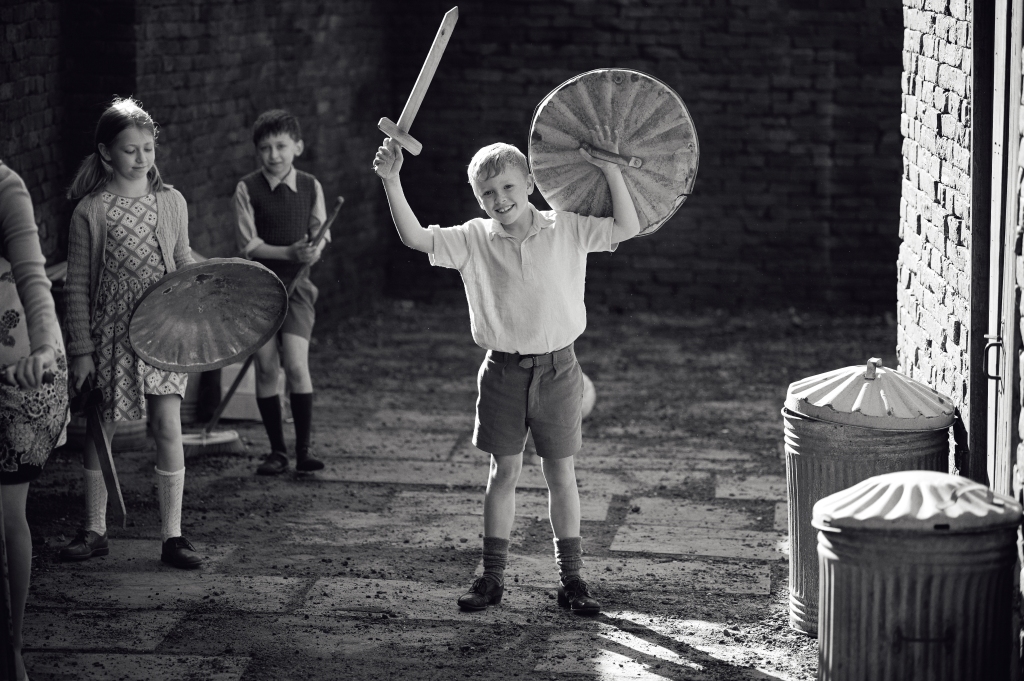 Belfast, Kenneth Branaugh’s intensely personal story of one boy’s childhood in tumultuous late 1960s Northern Ireland, earned an estimated $1.8M in 580 locations this weekend for a PTA of $3,111 – a solid showing for a black-and-white film in a specialty market that’s waging what one distribution exec calls an “an inch-by-inch, week-by-week recovery.”

The distributor said New York overperformed with Belfast and is the film’s top market for the weekend, accounting for 12.2% of the gross on Friday and Saturday. Toronto, San Francisco, Chicago, Washington, Philadelphia and Boston were all were above their normal market shares of the total box office.

An aggressive marketing and publicity campaign across TV, digital and radio included appearances this past week from Branagh, Dornan and Balfe on Jimmy Kimmell Live, The Late Show With Stephen Colbert, The Late Late Show With James Corden, Today and CBS Mornings. (At a premiere at the Academy Museum on Monday, Dornan surprised the crowd with a rendition of the song he sings in the film, Everlasting Love.)

“Whether it’s Belfast or French Dispatch or Spenser or C’mon C’mon [opening next weekend] it’s clearly taking time for the specialty audience to say, ‘We are ready, we are coming in droves.’ But it’s kind of relative. It’s not great, but better than it was, and you have some decent openings and the drops are not as harsh,” said one distributor. He and others noted it’s been almost two-years of people losing the “muscle memory” of asking every weekend — ‘What are we going to do this weekend? Are we going to go to the movies?’ That muscle memory has atrophied and needs time to recover..

Meanwhile, specialty release patterns are all over the map. There are some old-fashioned platform releases starting in NY and LA; some open directly in 500 theaters, in 800 theaters, in 33 then 500 then 1,200. Some debut on 3,000 screens. Distribution is searching for the answer. That answer, executives say, is a constant flow of good product. It’s what the specialty business anticipated for the fall post-festivals and pre-awards, and, tentative as it is, it’s what seems to be happening.

Also opening this weekend, Sony Pictures Classics’ Julia grossed $20,796 on 5 screens for a PSA of $4,159. The documentary follows the story of the legendary cookbook author and television chef, Julia Child.

Notable holdovers include Neon’s Spencer in weekend two, earning $1,531,662 in 1,265 locations for a PTA of $1,211 and a cume to date of $4,710,983. Starring Kristen Stewart cracking up during tortuous Christmas festivities at the Queen’s Sandringham Estate over a weekend that marked the end of the marriage of Princess Diana and Prince Charles. The film had a restrained 27% drop, adding 269 theaters. The dip was under 40% using the same group of theaters from weeks 1 to 2.

Reliance’s Sooryavanshi earned $774,112 in 383 theaters in its second week for a North American cume to date of $2,931,053. Akshay Kumar is back as DCP Veer Sooryavanshi, the chief of the Anti-Terrorism Squad in India. In Hindi.

The French Dispatch, Belfast and Spencer are, respectively, 7, 8 and 9 at the North American box office.