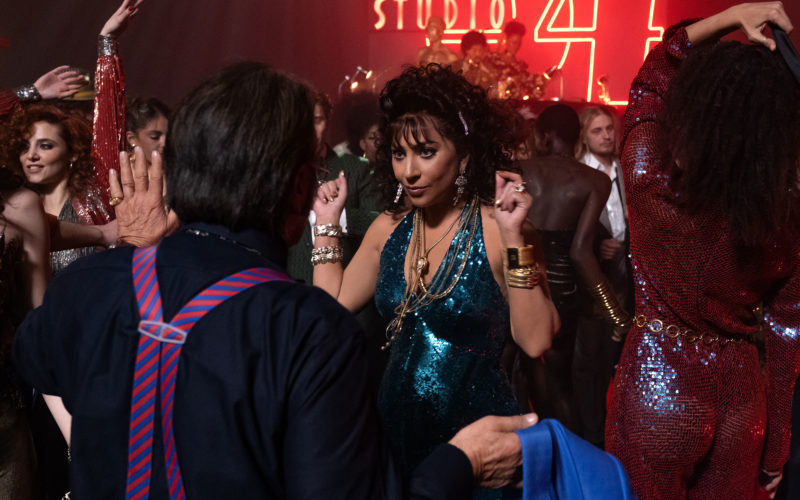 It’s not just about the clothing — the jewellery deserves your attention too.

In what is sure to be the most fashionable film of 2021, the highly anticipated release promises sparkles, fur, ’80s hairdos and statement sunglasses. And while we all love to see Adam Driver in a cable knit sweater, let’s be real: the reason we’re here is for the over-the-top opulence. And nothing screams “Italian glamour” more than diamond-encrusted gold jewellery.

For those who haven’t been stalking the Internet for details, House of Gucci chronicles the assassination of Maurizio Gucci (Driver) by his wife Patrizia Reggiani, aka Lady Gucci. Based on the best-selling book of the same name by Sara Gay Forden, expect to be fully immersed in the sickening luxury of Milan’s designer family as director Ridley Scott plays up the extravagance of the disco-loving seventies and shoulder-padded eighties.

While the French are perhaps better known for creating luxury jewellery (Cartier, Chaumet and Van Cleef & Arpels), wealthy Italians wear the bijouterie best. Think Sophia Loren on an Old-Hollywood red carpet or Gina Lollobrigida, who costume designer Janty Yates used as a reference point when dressing Gaga. “We didn’t want her to be a Joan Collins from Dynasty type,” she told the New York Times. “Lady Gaga said she really wanted to dress like her Italian mother did at that time, so we took that as a jumping-off point. Jewellery was very important, for example; we layered up two necklaces here, four bracelets there, we used tons of accessories.”

Of the 54 looks the actress wears in the film, not a single item is repeated — not even an earring. But when each piece is a work of art, it’s understandable. Yates was not only given access to rare Gucci archives, but she also sourced from vintage dealers, Lady Gaga’s archives and modern jewellers. In one scene, the “Bad Romance” singer can be seen wearing a piece from Bvlgari’s new “Le Magnifiche” collection, which features 77 round-cut diamonds. Definitely not a “less is more” mentality.

If you’re looking for your daily dose of escapism, scroll through the images below for some other must-see accessory moments.

‘Encanto’ Leads Sluggish Offshore Studio Weekend; ‘House Of Gucci’ Fashionable – International Box Office
The Holiday 2021 Beauty Launches You Need to Know About
Driving digital transformation with Configuration Lifecycle Management
Here’s What You Need to Know About Pain After a Pap Smear, According to Doctors
Take Your Weightlifting Up a Notch and Shop These 15 Adjustable Dumbbells