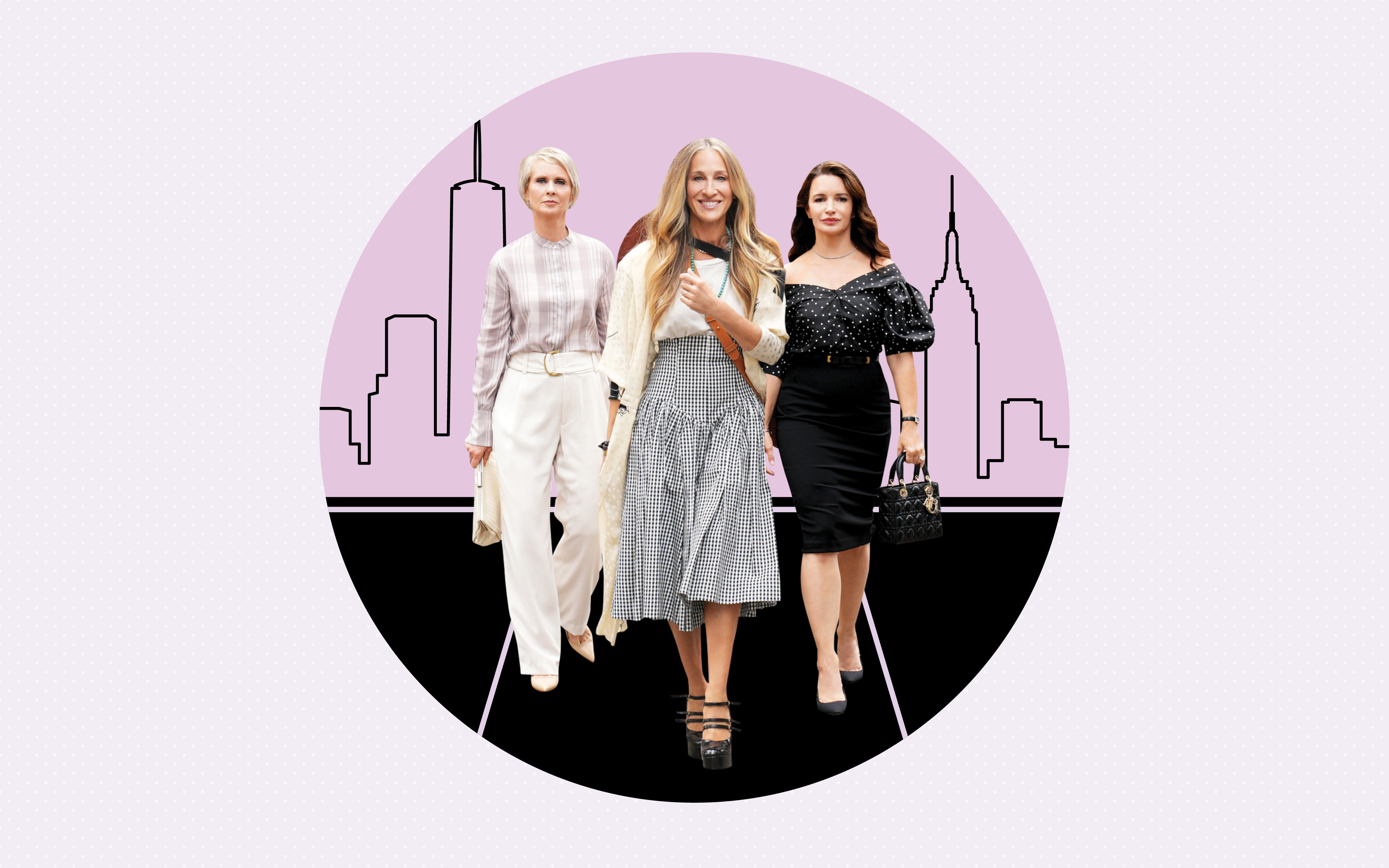 When I heard that HBO was doing a Sex and the City reboot, I, like many other fans who spent the late ’90s and early aughts clutching the show to their then much-younger bosoms (like so many oversized flower brooches), had one overriding emotion: despair.

After two post-series movies — the first one OK and the second one a racist, boring disaster — I just wanted to be left in peace with my good memories of a franchise that, for all its faults, was groundbreaking in its time for its gritty depictions of sex, brunch and female friendships, its unapologetic love of fashion and its embrace of a character who was arguably TV’s first female anti-heroine. (Carrie was actually kind of a terrible, selfish hot mess, but, yes, I’m a Carrie.)

But my gloom over any further sullying of my once beloved show was nothing compared to the wave of disgust that was unleashed over social media about And Just Like That, a series that will star middle-aged women (in their 50s, no less — they don’t even have the decency to be respectable 40-somethings!) still caring about fashion and probably (quelle horreur) having sex. “A Sex And The City reboot script has just been leaked, and it looks like nobody gives AF if 56 year old Carrie divorces old-assed Big or not,” posted one Twitter user. “I think I’ll skip ‘Menopause And The City’ and watch some new, ORIGINAL show!” (That’s one of the more pleasant tweets that didn’t refer to the characters as “old hoes.”)

Then there was the collective sneering over the actors’ changed faces that consisted of equal parts horror — Sarah Jessica Parker (56) looks old; why didn’t she get some work done? — and, well, horror — Kristin Davis (56) has had too much work done; why did she get so much? Also, Cynthia Nixon (55), who was the famously-red-haired Miranda, is now…grey?! (Even though Kim Cattrall, 65, appeared in the second film, which came out in 2010, she isn’t returning for this reboot so she blessedly gets to live on forever as Samantha in a skin-tight dress.) But the fine line that any woman over 40 seems to walk between not trying hard enough (so sad) and trying too hard (so sad) quickly opened up into a yawning abyss under SJP’s satin Manolos.

Carrie’s outfits were always outré — that was their entire pre-Man Repeller point.

And then, of course, there’s the griping about the characters’ outfits, which started as soon as And Just Like That began filming in New York this spring. Its filming overlapped with legendary stylist Patricia Field’s work on Emily in Paris, so the mantle fell to Molly Rogers, her protégé, and Danny Santiago, Field’s co-costume designer on the SATC movies.

Carrie’s outfits were always outré — that was their entire pre-Man Repeller point. But now some of the scrutiny is coming with another layer of scorn — one that says that even the OG hi-lo fashion icon should settle down already and dress her age. While social media is, of course, a place where trolls abound, all of this “Ick!” points to a pervasive cultural discomfort with any female-identified human who isn’t young and stereotypically hot still saying “Look at me” with her overly bright fuchsia dress or implying in any visual way that she is, in fact, actually still alive and hasn’t just slunk off to the back of some cave, while wearing a beige muumuu, to make tea for her still-nubile former interns.

While gender fluidity, the body-positivity movement and the massive racial reckoning society has been undergoing have opened up spaces for visions of beauty that aren’t just a funhouse mirror full of skinny cisgender white teenagers, age is the final frontier. Sure, L’Oréal Paris has featured Julianne Moore, Ines de La Fressange, Jane Fonda and Helen Mirren as brand ambassadors; Lauren Hutton is the face of StriVectin; Joan Collins has worked with Charlotte Tilbury; and Joan Didion fronted for Celine. And magazines like this one have eliminated their “age” issues (beauty bible Allure even banned the term “anti-aging”), and those how-to-wear-the-trend-at-every-age pieces are mostly a thing of the past because we’re so over age-appropriate dressing. But are we really?

Seventeen years later, I don’t know how to dress anymore — and that was before COVID threw the entire world into tiedyed sweats. I still want to wear the clothes that all the cute 20- and 30-somethings — with their glossy hair, upright boobs and arms that haven’t morphed into jiggly sides of ham — are sporting, but even if I was able to embrace the fashionable “You can wear whatever you want, as long as you wear it WITH CONFIDENCE” attitude that I know I’m supposed to feel during this great new inclusive age, I still don’t have a hope in hell of doing up the buttons on the denim dress with massive puffed sleeves that I bought last week. “It’s fine,” I tell myself as I stuff it back into the bag. “I’m too old for this anyway. Where am I going to wear it? To a rave?”

So now I have not only failed to rise above my own outdated internalized ageism; I have also failed to find anything to wear. Instead, I’ll just hide, in basic and sensible black flats, making tea and participating in my own disappearance.

Not the empowering ending you thought I was building up to? Failing again! But in the words of SATC’s most famous Post-it: “I’m sorry. I can’t. Don’t hate me.” Now, let’s go see what Carrie is wearing today.

This is article first appeared in FASHION’s November 2021 issue.

Going For a Run? These 18 Running Shoes Are Our Top Picks
‘Paw Patrol: The Movie’ Collars Milestone As Pups Pass $100M At International Box Office
Cardi B Defamer Tasha K Still Defiant Despite $4 Million Lawsuit Loss: ‘This Is Just the Beginning’
UNBREAKABLE
Important Lessons I Learned From a Rebrand