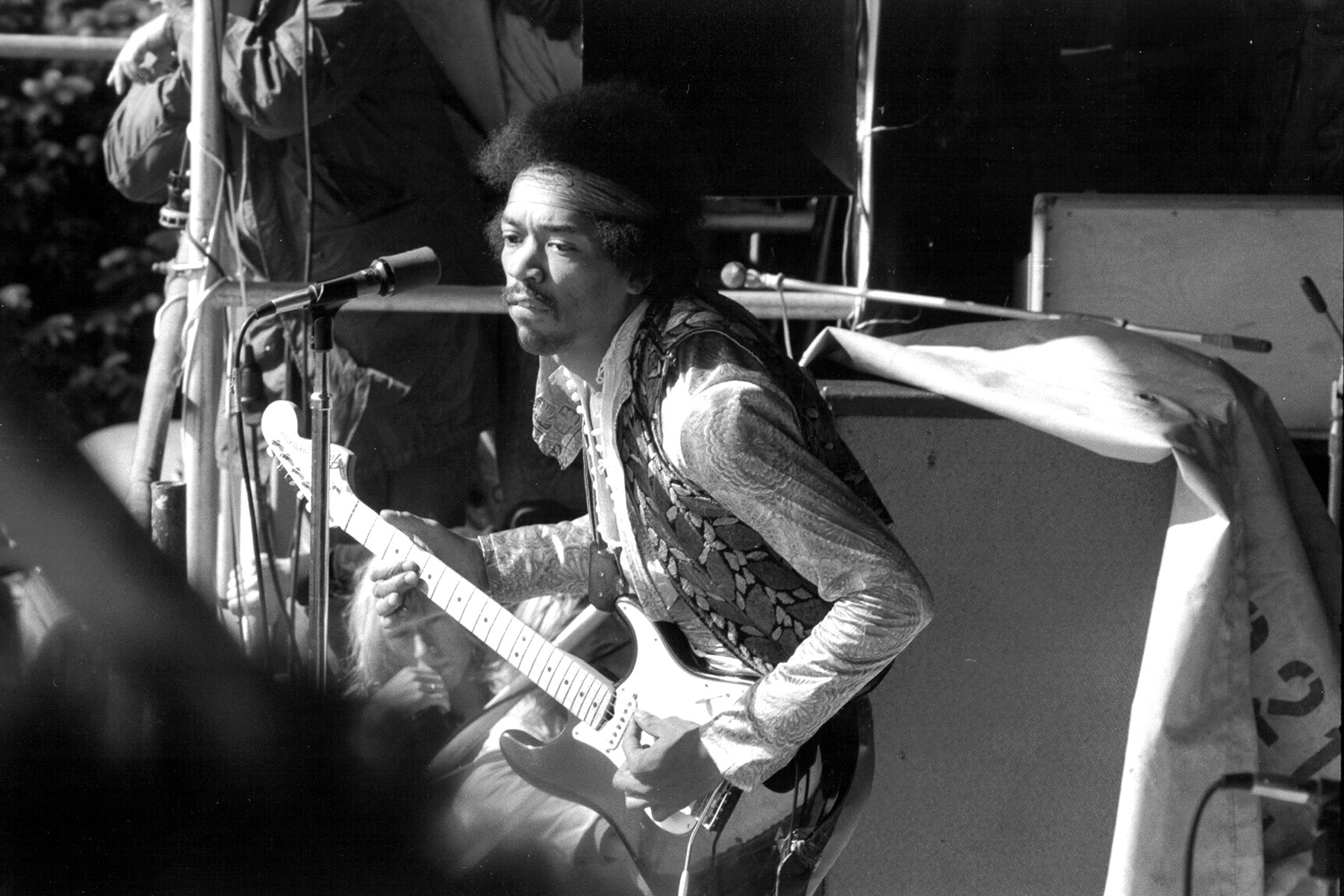 Two days before his death, Jimi Hendrix simply wanted to jam. His buddy Eric Burdon, the former Animals frontman, had recently teamed up with Latin-influenced rock band War, who were playing some of their first concerts together. When the group began a residency at London jazz club Ronnie Scott’s, Burdon invited Hendrix to sit in. The artist showed up on the evening of Sept. 16, 1970 for the second set, and played moving, dramatic phrases all across the ensemble’s covers of blues and folk standards “Mother Earth” and “Tobacco Road,” rousing the crowd to cheer and holler at the stage.

Audio of the performance has floated around the internet for years, but when filmmaker Oliver Murray began making his documentary Ronnie’s — which tells the story of the fabled venue — he made it a point to get in touch with the bootleg’s source, music fan Bill Baker. In the early Seventies, Baker would bring a reel-to-reel tape machine the size of a briefcase to select gigs. “The film’s archive producer tracked the tape down like an old-school detective going from one lead to the next until he made contact with the guy who recorded Jimi in 1970,” Murray says via email. “It takes a long time to persuade people that you’re making a film the right way and for the right reasons before they’ll agree to hand a recording like that over. After a couple of months [Baker] decided that we deserved to get the chance to showcase such a historic moment in the history of music.” Working with the source tape, Murray’s team was able to make it sound almost as fresh as it did that night.

A clip from the film, which will be in theaters and available on demand on Feb. 11, shows venue owner Scott talking sometime in the late Sixties or early Seventies about his vision for hosting artists like Donovan as well as the jazz-fusion ensemble the Gary Burton Quartet. “This is where the future of jazz lies,” he says. It then transitions into War guitarist Howard E. Scott (no relation to Ronnie) recalling the night Hendrix showed up. “I noticed [Hendrix’s] eyes were just so white and wide open,” Howard says. “He was ready to play. We started jamming a song called ‘Mother Earth,’ it was this hardcore blues and Jimi lit into a guitar solo. Me and Jimi were just cutting the place up. We were tearing it up, me and him, back and forth.”

For the film, Murray and his team managed to digitally pull Hendrix’s playing to the fore, and when his solo takes the spotlight in the clip, it’s stunning. Hendrix effortlessly transitions from blues phrases to shimmering, otherworldly effects, before settling into a trembling landing as the song ends.

“It’s unmistakably Jimi from the moment he takes the stage,” Murray says of the recording. “His touch and tone is unique to this day even after the hordes of players who have tried to replicate it. It’s so lyrical and fits right in with the colorful, jazz-tinged jam that Eric Burdon and War are laying on for the audience.”

“The next night, we got word that after the set, Jimi Had died,” Howard Scott recalls in the clip. “It was a terrible thought right there that I was the last guitarist to play with him.” Hendrix died on Sept. 18, 1970 at the age of 27.

Hendrix and his prowess ultimately play only a small part in Ronnie’s. In the film, Murray chronicles the history of Ronnie Scott’s Jazz Club, founded by saxophonist Scott and his business partner Pete King in 1959. Over the decades, the venue welcomed Miles Davis, Nina Simone, and Chet Baker, among other jazz luminaries before opening its doors to blues and rock musicians. Murray felt it was important to highlight Hendrix’s appearance with Eric Burdon and War because of how it fits into the context of the scene at Ronnie’s.

“I think jazz is often perceived as a fairly impenetrable music, and this can be true, but it’s also very open to new and forward-thinking [ideas],” the filmmaker says. “Ronnie Scott and Pete King dedicated their lives to showcasing great music and when Jimi came along they recognized that he was a special musician. They weren’t snobbish about restricting the music at the club to jazz purists; their only rules were, ‘Did [the artist] have something to say? Did they love music as much as them?’ and of course Jimi fit right in.

“[Jimi] was actually moving in jazz circles more and more by the end of the 1960s,” Murray continues. “I think that the proposed collaboration between Jimi Hendrix and Miles Davis that never happened is one of the biggest ‘What if?’ moments in the history of 20th-century music. I like to think that if Jimi was alive today, he would be a regular performer at Ronnie Scott’s. Although he made an astonishing mark on the musical landscape, I don’t think we saw the half of what he was capable of.”

In addition to telling Scott’s story, which includes how the musician grappled with depression, Murray hopes the film opens viewers’ eyes to the importance of venues like Ronnie’s — which is still open — to communities like London’s Soho district and around the world. “The pandemic has shown us that our music venues and cinemas are vulnerable,” he says. “We need to cherish the places we have left because the same old story of rising rents and the ever-changing landscape of live music causing venues to close isn’t going away.”