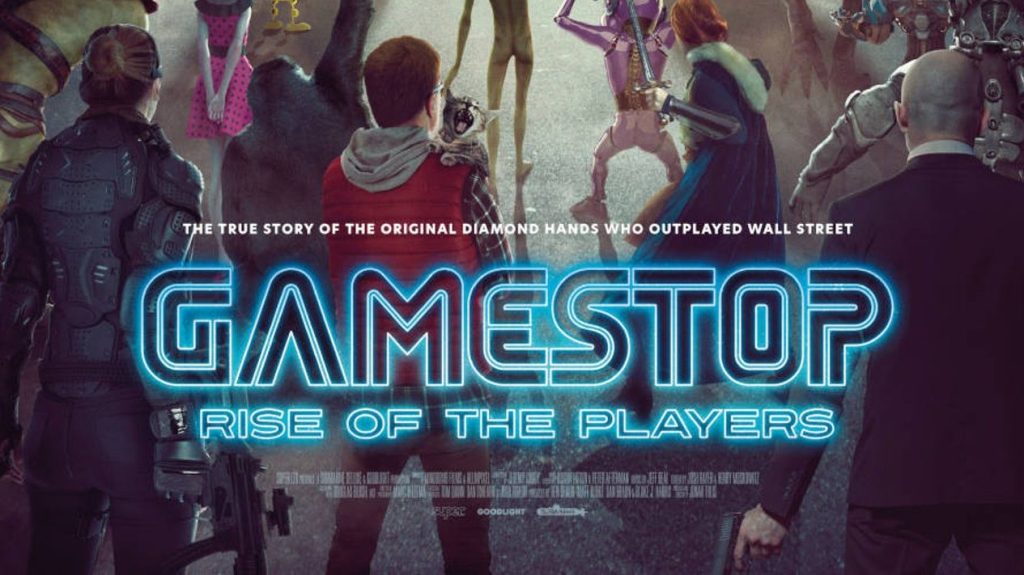 There’s more new content than the market has seen in many weeks, although these can be hard frames for indie distributors to find available screens. (Belfast, for instance, which did well this week as the DGA, PGA, WGA and ACE unveiled nominations, is adding 130 runs, as per Focus Features. Nightmare Alley is back up to 1,100 screens as Searchlight Pictures rolls out the black-and-white version.) But it’s easier now than it will be after Feb. 8 and a crush of actual Oscar nominees, said one distribution executive. “We’re going in, trying to get a couple of weeks, get some space.” Sony’s move to push the release of Morbius from today to April 1 created some space in theaters, another exec noted.

GameStop: Rise of the Players, from Neon’s Super LTD label, opens on 267 screens. The documentary by Jonah Tulis, produced by Blake J. Harris (Console Wars) spotlights the human side of a sensational business drama that saw individual investors pile into shares of the challenged brick-and-mortal video game retailer last year. From Reddit chatrooms, they formed a community social media, upending and confounding traditional market players and financial institutions. GameStop, the first so-called meme stock, was up 2,500% at one point. Others followed. It’s a David and Goliath story of a band of contrarians who bucked conventional wisdom to bet on themselves, their own research and a business that Wall Street had given up on.

The meme-stock phenomenon started in Jan. of 2021. Media coverage was breathless, sparking a wave of film, TV projects from HBO, Netflix and Discovery.

IFC Films presents Clean starring Adrien Brody, who also produced and co-wrote the gritty drama with director Paul Solet. Producer credits are shared by Daniel Sollinger, Solet and Elliot Brody. The film premiered at the Tribeca Festival. Brody plays a troubled garbage collector who works alone at night and is unwittingly sucked into the orbit of a local crime boss. Clean is forced to come to terms with the violence of his own past to find redemption. Also starring RZA (Wu-Tang Clan) Glen Fleshler (Barry from Billions) Chandler Ari DuPont Mykelti Williamson Michelle Wilson, John Bianco. Shot in Utica, New York.

From Bleecker Street. Sundown, written and directed by prolific Mexican director Michel Franco. It world premiered at the Venice Film Festival, Deadline review here. It opens in six theaters in NY and LA that include a series of Q&As with Franco heading to a national rollout next weekend on circa 200 screens.

Tim Roth and Charlotte Gainsbourg star as Neil and Alice Bennett, the brother and sister core of a wealthy family on vacation in Mexico until a distant emergency cuts their trip short. When one relative disrupts the family’s tight-knit order, simmering tensions rise to the fore. With Iazua Larios, Henry Goodman, Albertine Kotting McMillan, Samuel Bottomley.

Magnolia Pictures opens Danish drama  A Taste of Hunger by Christoffer Boe, starring Nikolaj Coster-Waldau (Game of Thrones) and Katrine Greis-Rosenthal in 8 markets and on demand. Written by Tobias Lindholm and Boe, it follows Carsten and Maggie, a power couple in the Danish gourmet scene who run the popular restaurant Malus in Copenhagen. The couple is willing to sacrifice everything to achieve their dream — getting a coveted Michelin star. Gorgeous food meets infidelity and ambition.

From Sony Pictures Classics, Compartment No. 6, Finland’s Oscar entry shortlisted for Best International Feature. This strangers-on-a-train drama by Juho Kuosmanen was co-winner of the Grand Prix at the Cannes Film Festival (with Ashgar Farhadi’s A Hero). It had a qualifying run in LA in November and opened yesterday in three theaters (Angelika, Cinemas 1,2,3 in NYC; the Royal in LA) with plans to expand in coming weeks. Deadline review here.

Kuosmanen won the top prize in Cannes’ Un Certain Regard section in 2016 with his first feature, The Happiest Day In The Life of Olli Maki.

Compartment No. 6, which also screened at TIFF, is based on a novel by Rosa Liksom and stars Seidi Haarla and Yuriy Borisov as two strangers who form an unexpected bond while sharing a long train ride across Russia from Moscow to the far northwestern port city of Murmansk above the Arctic Circle. Haarla, escaping an enigmatic love affair, is forced to share a tiny sleeping car with a larger-than-life Russian miner. Written by Andris Feldmanis, Livia Ulman and Kuosmanen. Produced by Jussi Rantamäki and Emilia Haukka via their Aamu Film Company.

MPI Media is releasing Woody Allen’s latest Rifkins Festival in 26 theaters. The movie, shot in San Sebastián in Spain, stars Elena Anaya, Louis Garrel, Gina Gershon, Sergi López, Wallace Shawn and Christoph Waltz. It’s the story of a married American couple who go to the San Sebastián Film Festival. Caught up in the magic of the festival, the beauty and charm of Spain and the fantasy of movies, she has an affair with a French director, and he falls in love with a local Spanish beauty.

Allen remains a controversial figure in the biz. Amazon cancelled a four-picture deal with the director following allegations of misconduct from the director’s estranged daughter Dylan Farrow. Allen denies the allegations and sued the streamer; the lawsuit eventually ended in a settlement.

Cargo Film & Releasing presents The Conductor directed by Bernadette Wegenstein. The documentary on world renowned conductor Marin Alsop premiered at the Tribeca Festival. It in NYC at Quad Cinema (for a week run) and in Baltimore, expanding on 2/4 and 2/11. Premiere on PBS Great Performances March 25.

Alsop was the first (and only) female conductor to receive a MacArthur Award. the first female music director of a major symphony (São Paulo Symphony Orchestra. In 2020, Marin became the first woman ever appointed as chief conductor of the Vienna Radio Symphony Orchestra (RSO). Born into a musical family in New York, Marin set her sights on becoming a conductor at nine years old and her career is a history of firsts despite repeat rejection by the establishment of classical music. The Conductor tells story through intimate interviews, unseen archival footage with her mentor Leonard Bernstein and scenes of Marin conducting some of the world’s great orchestras and teaching the next wave of female conductors.

Saban Films presents The Requin, a shark attack thriller with Alicia Silverstone, on 11 screens and digital/on-demand. Written and directed by Le-Van-Keit.

There’s terror in paradise when Jaelyn (Silverstone) and Kyle (James Tupper) arrive at a remote seaside villa in Vietnam for a romantic getaway. A torrential storm descends, reducing the villa to little more than a raft and sweeping the young couple out to sea. Suddenly, another danger appears: a school of great white sharks.

Years after his last hit as a skilled and sought-after hitman under the alias La Soga, Luisito (Perez) has finally settled down with his girlfriend Lía (Leon) in a quiet seaside town. But his past isn’t done with him.

Kino Lorber presents Brighton 4th, which won for Best International Narrative Feature, Best Actor and Best Screenplay at the Tribeca Festival earlier and was Georgia’s International Oscar (although it didn’t make the shortlist). Directed by Levan Koguashvili and shot on location in New York, it’s the story of Kakhi, a former wrestler who travels from his native Tbilisi to Brighton Beach, Brooklyn, in the hope of helping his wayward son get his life back on track. Cinematographer is Oscar nominee Phedon Papamichael.

Vertical Entertainment presents horror thriller In the Forest on two dozen screens and on demand. Written and directed by Hector Barron. Helen (Debbon Ayer) and her daughter (Cristina Spruell) reluctantly accompany Helen’s father (Lyman Ward) on a family camping trip, driving deep into the forest only to have an angry landowner (Don Baldaramos) force them out. When their RV gets stuck, Helen discovers a disturbing secret on the man’s property.

Walt Disney Pictures presents The Beatles: Get Back – The Rooftop Concert as a one night Imax event in 67 theaters in North America on Sunday featuring a Q&A with director Peter Jackson. Its the 53rd anniversary of the band’s concert atop the Apple Corps’ Savile Row headquarters. The Beatles: Get Back docuseries is currently streaming on Disney+.