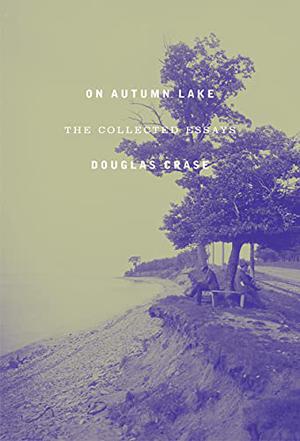 Astute observations on literature and art.

Poet, essayist, and biographer Crase, a MacArthur and Guggenheim fellow, has gathered more than 30 pieces published over the last 40 years that he describes as “affairs of attention and intellectual desire, rather than criticism.” Among those who merit his attention are poets John Ashbery, James Schuyler, Marianne Moore, and Lorine Niedecker; artists Fairfield Porter, Grace Hartigan, Larry Rivers, Eugene Leake, and Robert Dash; and Ralph Waldo Emerson, whose prescience and “persistent moral proximity” Crase roundly celebrates in several essays. Besides being appreciations, the pieces also serve as memoir and cultural history. Crase knew many of the individuals he writes about and was immersed in the communities in which they flourished. Crase met Ashbery, for example, when he was 28 and had not yet read the poet’s work. Needing someone to drive him around in upstate New York, Ashbery, then 45, enjoined Crase to serve as his chauffeur. “Our rides,” Crase recalls, “were exhilarating, not only for the miles we covered but because his conversation, so habitually casual and good natured, was also fearless. Each ride was a rolling preceptorial.” In some of the most affecting essays in the collection, Crase vibrantly delineates the friendships, affairs, collaborations, and financial infusions that made possible the New York School of poets and painters, centered on the Tibor de Nagy Gallery in Manhattan. The author offers a warm profile of British polymath Dwight Ripley, “linguist, poet, botanist, artist,” who became the gallery’s benevolent financial backer. An unusual involvement with an artist’s work came when Mark Milroy proposed to paint his portrait, a suggestion that at first inspired fear. “Portraits are aesthetically intensified perceptions,” Crase notes, “and intense perception makes people nervous.” Of the experience itself, Crase found that “being the object of Milroy’s perception, hours at a time, convinced me that the infamous ‘male gaze’ may be no fiction.”