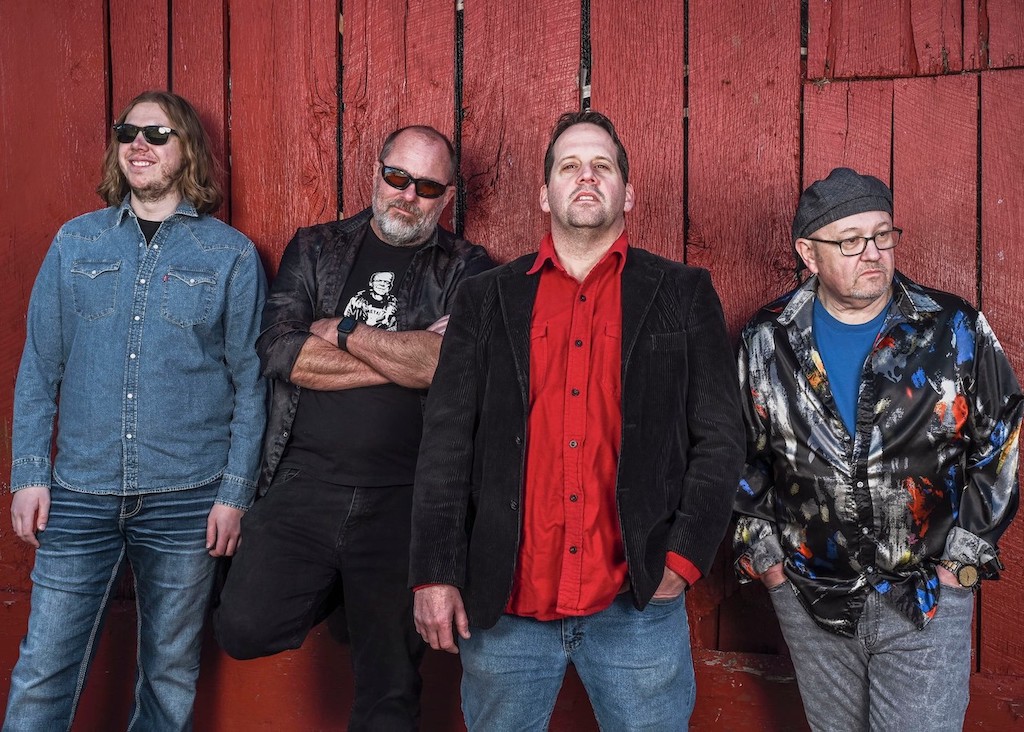 Their music has been described as haunting, reflective, energetic, happy and sad, a case study in musical contradictions. Wil Van Winkle & the Sixpins have a different kind of sound to their music. It’s a combination of Alternative Country, Americana, Rock and Blues. Wil explains: “For sure, it’s a unique blend. Sometimes we may lean one way verses the other, but you can always hear the influences, if you listen.”

Wil’s lived all over the world, and his own musical influences are varied. “I’ve experienced a lot of life and seen quite a bit outside of our great country. As artists, we tend to soak it all up, wherever and whatever we’re living at the moment.”

Van Winkle lived out his early years in Houston, Texas, where he was raised. Eventually his musical journey would take him across three continents and six countries. Now he calls Nashville home, when he’s not traveling around the US with his band.

Wil also has a love for classic cars and what they represent. You’ll hear that love for the road in many of his songs. He says, “To me, these vehicles are about a certain kind of freedom and nostalgia… the job of being on the move.”

Of course the legendary front man is always in motion these days, along with his band, known as the Sixpins. This includes Allen Atkinson, who plays bass, Butch Bellah on drums and Zach Mears on lead guitar. And while they take their work serious, Wil says, “Off stage we’re all jokers and like to have fun. Hopefully we’re able to infuse a bit of that into our performances. You’ve gotta mix it up a bit”

We caught with the Wil, the musician and lover of cars and jokes, when he wasn’t on the road to that next venue.

Wil, what’s the formula for writing a great song?

Every song is very different from the way it is written to the way it’s recorded, but according to comedy rock group Axis of Awesome, the secret is the I, V, Vi, IV chord progression. Can’t really argue with that, because it worked for “Beast of Burden”, “Don’t Stop Believing”, “With or Without You,” “Let it Be”, the list is HUGE, I should probably try writing a song like that. 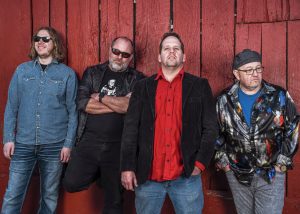 How many songs have you recorded over your career?

I think between my solo stuff, the current band, Wil Van Winkle & the Sixpins, and past bands; I have about 60 songs on various streaming platforms. There are more than a few that were never released for one reason or another, and a few that I’ve had pulled down, because I wasn’t happy with them. So overall, it has to be more than 100.

What sets your band apart from other bands?

We try to engage with and create moments for our audience to leave them with a memorable and enjoyable experience. We’re not ego driven, so we’re prepared to take a backseat when need be, for example when we’re playing a festival, if we’re asked to cut short a song or two we don’t get upset, but still try to use whatever time we’re allotted to have fun with the audience

What are some of the best reviews or feedback you’ve gotten about your music?

I’ve been compared to so many amazing artists, it’s humbling to know that people are putting you up there with some of the greats. What really gets me is when we’re asked something like “who wrote that song” or “is that a cover”. That really lets me know we’re putting out some decent quality music.

When did you know you would devote your life to music?

I was three years old watching a band on TV. I remember very vividly saying, “That’s what I want to do when I grow up.” We moved to Iowa for a while and I would use my grandfather’s violin as a guitar, while he played guitar on the porch. It’s something that’s been with me most of my life.

Where are some places your band is hoping to perform, but hasn’t yet?

I’ve performed the Country Music Meeting in Berlin a couple of times with an old band, The Hardcore Troubadours (HCTBerlin.de), and that would be fun to do with this band, but it’s a huge money loss, so we have to generate about $12000 to pull it off now. Allen, our bassist, would love to play Sturgis. Butch the drummer is working hard to get us on the Louisiana State Fair, Zack our guitarist just wants to perform. The Josie Awards at the Grand Ole Opry would be another place we’d love to perform.

What’s coming up next for you?

We’re releasing a series of singles this year, “Fate” came out in February, “The Old Man’s Lonely Tomb” came out April 15 th . “In My Mind” (Hazzard Roads) is scheduled for June 17th. We’ll have a few more then maybe re-record and re-release an old Christmas EP by the end of the year.

We have some festivals and club dates through Alabama, Kentucky, Tennessee, and Indiana, as well as a big outdoor show at Rahe Mountain Live in Independence, KY, complete with tent camping, food trucks and a couple of other bands on the bill.

Who knows what or where we’ll pop up next? Just keep an eye on facebook.com/wilvanwinkleandthesixpins or vanwinkle.band for live dates and follow on Facebook or Instagram us for any other info you may need.

The Making of Chanel No. 5
Are Big Concerts Safe? Six Months After Astroworld, Questions Linger
Reader’s choice: Your 22 favorite books of 2022 (so far)
Book Riot’s Deals of the Day for May 18, 2022
Who needs LeBron? Luka Doncic, Ja Morant, playoff ratings put NBA in a strong position for next media rights cycle