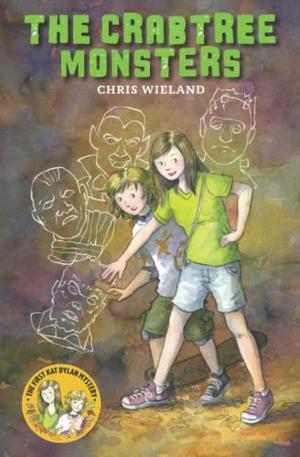 Sentenced to a brutal juvenile detention camp for a crime he didn’t commit, a wimpy teenager turns four generations of bad family luck around in this sunburnt tale of courage, obsession, and buried treasure from Sachar (Wayside School Gets a Little Stranger, 1995, etc.).

Driven mad by the murder of her black beau, a schoolteacher turns on the once-friendly, verdant town of Green Lake, Texas, becomes feared bandit Kissin’ Kate Barlow, and dies, laughing, without revealing where she buried her stash. A century of rainless years later, lake and town are memories—but, with the involuntary help of gangs of juvenile offenders, the last descendant of the last residents is still digging. Enter Stanley Yelnats IV, great-grandson of one of Kissin’ Kate’s victims and the latest to fall to the family curse of being in the wrong place at the wrong time; under the direction of The Warden, a woman with rattlesnake venom polish on her long nails, Stanley and each of his fellow inmates dig a hole a day in the rock-hard lake bed. Weeks of punishing labor later, Stanley digs up a clue, but is canny enough to conceal the information of which hole it came from. Through flashbacks, Sachar weaves a complex net of hidden relationships and well-timed revelations as he puts his slightly larger-than-life characters under a sun so punishing that readers will be reaching for water bottles.

Good Guys and Bad get just deserts in the end, and Stanley gets plenty of opportunities to display pluck and valor in this rugged, engrossing adventure.