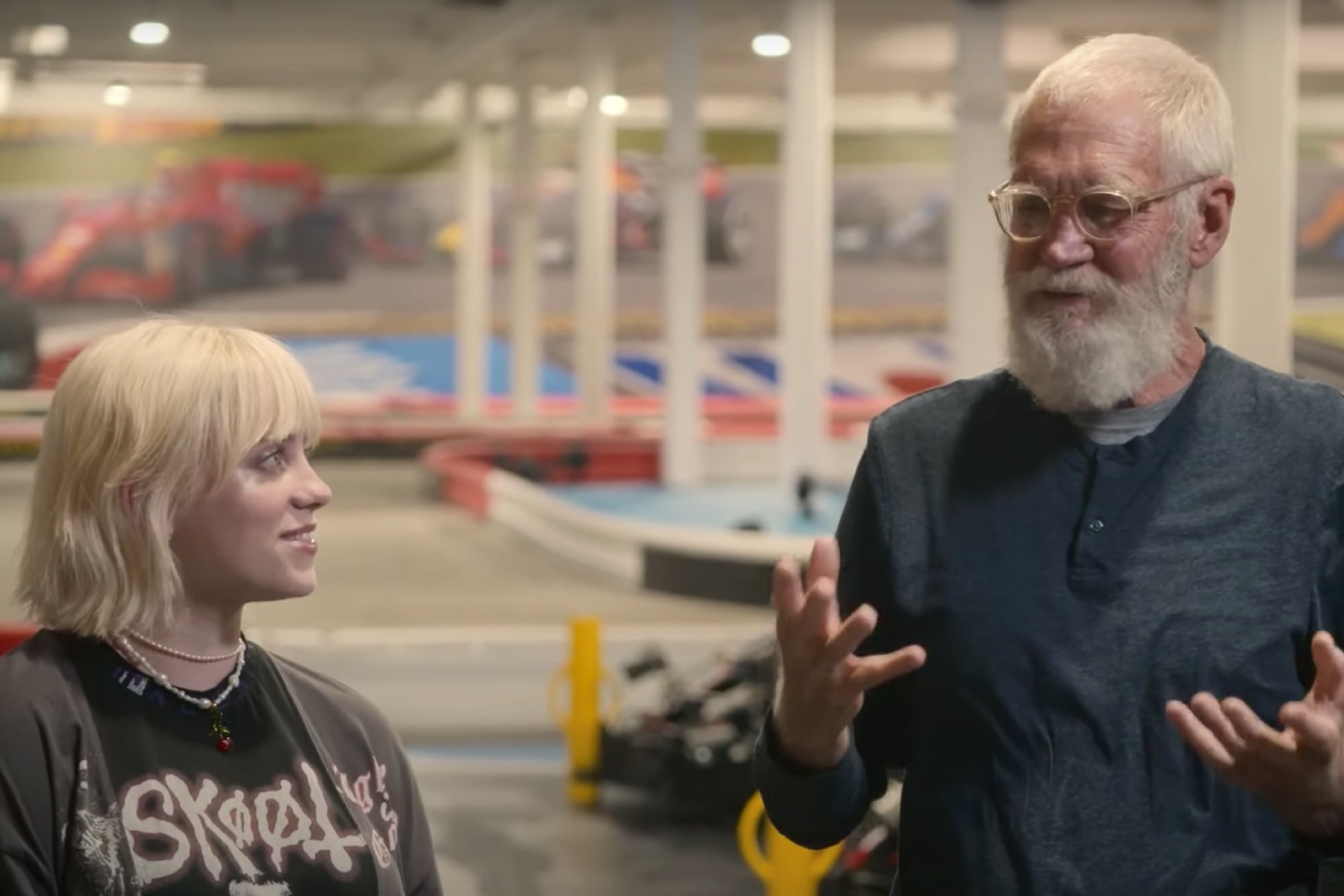 Billie Eilish is among David Letterman’s upcoming guests for the new season of My Next Guest Needs No Introduction, which returns to Netflix on Friday. It’s the first new season in nearly two years.

In a clip from her appearance on the show, Eilish takes Letterman for some spins around a Go-Kart track, much to Letterman’s chagrin. “I’m worried, because I’m elderly, and I just don’t want something to snap,” he quips. “Why don’t we go miniature golfing?” Without missing a beat, Eilish replies, “Because I’m good at this!”

As Eilish and Letterman suit up, a worker at the track explains the rules (no bumping, wear helments), notes that Eilish “crashed into a couple people” when she previously raced, and issues the warning: “Please go easy.” She kinda sorta does, gently bumping Letterman to pass him on the track. “The kid should be barred for life,” the comedian teases afterward.

The fourth season of My Next Guest Needs No Introduction includes Cardi B, Kevin Durant, Julia Louis-Dreyfus, Ryan Reynolds, and Will Smith (Smith’s spot was “filmed prior to March 2022,” according to a Netflix statement. In other words, it took place before he slapped Chris Rock at the Oscars).

SEGMENT OF ONE
Feel Rejuvenated With This 10-Minute Full-Body Yoga Stretch
Book Riot’s Deals of the Day for June 17, 2022
Tennessee Secretary of State Arrested for DUI Leaving Bonnaroo Festival
Trump Opens Up About January 6th in New Documentary Subpoenaed by House Committee