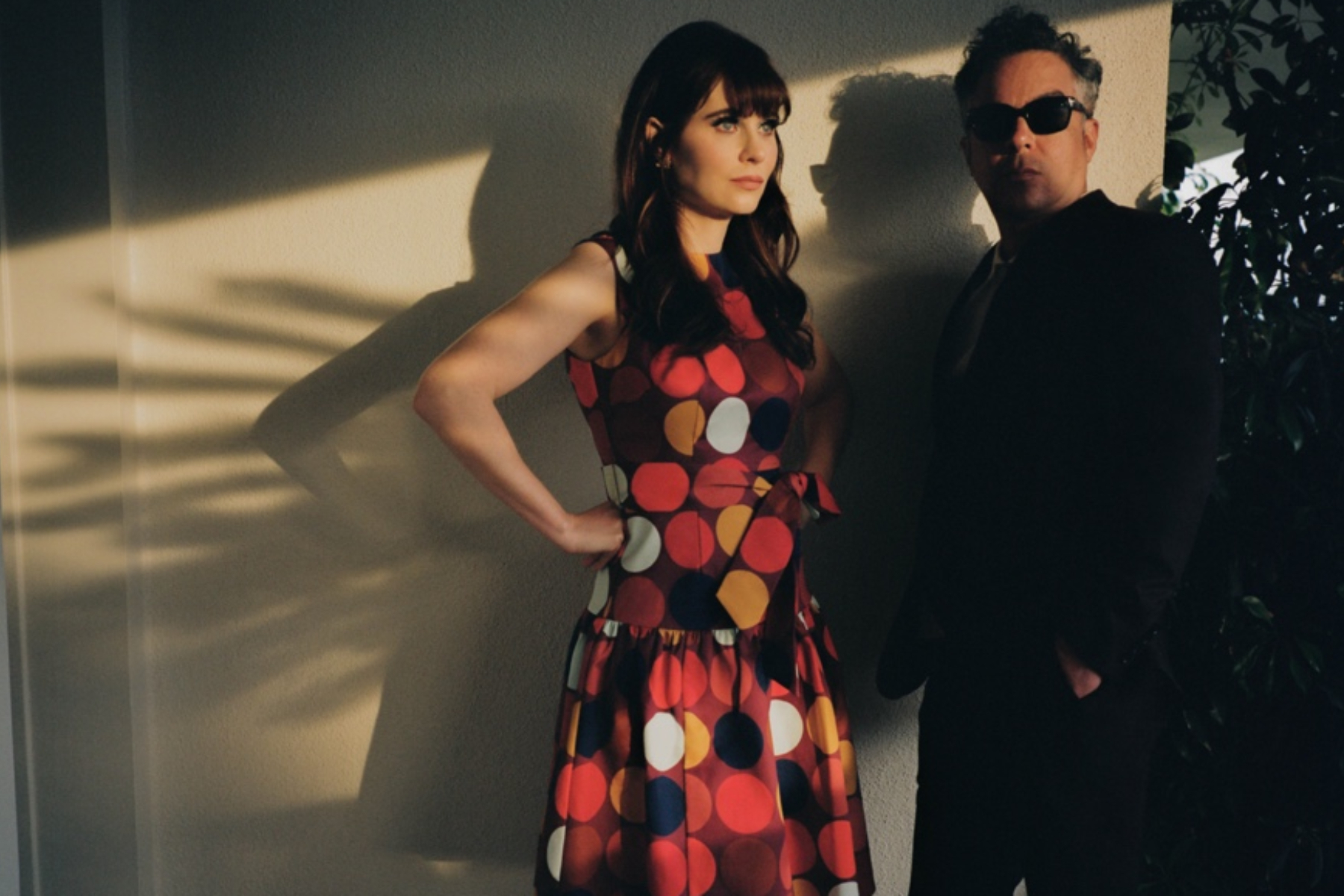 She & Him have announced Melt Away: A Tribute to Brian Wilson, which arrives July 22nd via Fantasy Records. It’s the duo of Zooey Deschanel and M. Ward’s first new album since 2016’s A Christmas Party and their first non-holiday release since 2014’s Classics.

Deschanel and Ward said they began the project in spring 2020, with “a very long list” of their favorite Brian Wilson songs (She & Him previously collaborated with Wilson on his 2015 album, No Pier Pressure).

“We chose songs without any regard to their chart performance. The obscure ones hit us just as hard as the more popular songs — and all are ripe for re-imagining, re-interpreting, and re-inventing,” the duo said in a statement. “Brian writes songs of beauty and loneliness and vulnerability better than anyone — and by sequencing them next to popular songs of confidence and love and fun, it creates a more complete picture of life on earth.”

Along with announcing the project, the duo shared the video for the album’s first single, “Darlin’,” from the Beach Boys’ 1967 LP Wild Honey. In the Lara Jean Gallagher-directed visual, they participate in a campy, QVC-styled commercial while they sing the song featuring buoyant harmonies, trade lead vocals, and attempt to sell nail polish.

The 14-song set also includes a contribution from the Beach Boys’ cofounder himself: Wilson appears on “Do It Again,” a new rendition of the single the Beach Boys released in 1968.

“Zooey and Matt did such mind-blowing versions of our songs,” Wilson said in a statement. “The harmonies are beautiful and right on. I love this record!”

Melt Away: A Tribute to Brian Wilson Tracklist

Members of 1970s Rock Band Orleans Sue Warner Over Royalty Deductions
Disney tells employees it will provide ‘comprehensive access’ for reproductive care
48 STATES
Warner Bros. is under pressure to address ‘The Flash’ star Ezra Miller’s spiraling legal scandals
Here’s why this housing downturn is nothing like the last one