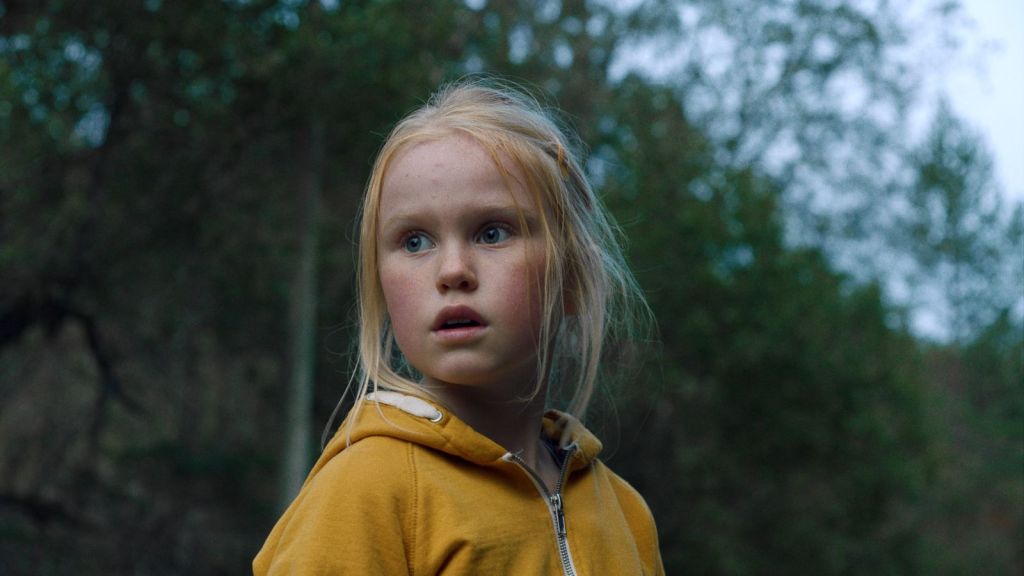 The Innocents, set in a semi-deserted, nondescript high-rise apartment, follows four lonely kids who find each other as well as mind-bending powers one summer, to lethal effect. The horror pic launched at Cannes last year and arrived Stateside last weekend via IFC Midnight in a limited theatrical plus digital release after playing New Directors/New Films. It’s the latest from Norway’s Eskil Vogt, who until recently was shepherding The Worst Person In The World, which he co-wrote with director Joachim Trier, on its stellar run including Oscar nominations for best original screenplay and best international feature.

Vogt gravitates to complex characters with an inner life not always apparent on the surface. In his first film Blind, which premiered at Sundance in 2014, a writer losing her eyesight retreats into an elaborate and fascinating fantasy bubble. He spoke with Deadline about how fatherhood sparked the idea behind The Innocents, remarkable child actors and thoughts on the evolution of arthouse film in a shifting landscape. (His comments have been lightly edited for clarity.)

DEADLINE: Why center a film around children, specifically ones with supernatural powers?

ESKIL VOGT: I think it was becoming a parent, becoming a father. I have never been very nostalgic about my childhood. I was happy to grow up. I have friends that keep referring to childhood all the time, like that that part of their lives is so important, just a constant touchstone, and it never was for me. But when I became a father I became curious about childhood again and I was reminded that it was such a radically different experience than being an adult. Everything is different, the way you feel things, the way you experience things, your concept of time is different. Watching them, I would get a memory, a trigger, a whiff of that feeling of being a child. And it would go away in an instant because it’s impossible to hold onto, because you lose that. You are not like that anymore. And I thought, ‘That’s interesting, can I make something about this secret world of childhood’?

DEADLINE: The child actors are exceptional. One character, the older sister in a pair of siblings, is portrayed as severely autistic, which is an interesting choice. Can you talk about why?

VOGT: The autism came as a bit of a surprise. I was already working on this idea of childhood, then I read an article by a Norwegian writer about her autistic son, who had something called regressive autism that I’d never heard of. Her son developed like a regular kid with language and communication until three or four, and then he lost his language and retreated into this autistic bubble. I was just completely devastated by that because I was a father myself and I felt, that’s a horror film. It just stayed with me a long time and I said, this could this be part of my film. I am making a film about the closed-off world of childhood. It fit perfectly because there was a very complicated dynamic between the sisters, one demanding more attention from the parents, and the possibility of being cruel to a sibling, which is a very normal impulse. Even though this is a supernatural fable, I could tell the story that moved me so much. I could tell that story in the movie, but in a heightened way.

As for the actors, somebody said to me afterwards, ‘I have seen good child acting before, but it’s usually one role, there are four in this film.’ I didn’t think about it like that. Maybe, if I had before, I wouldn’t have done it.

DEADLINE: The autistic child turns out to be the most powerful of the four, until the end.

VOGT: Yes, she kind of falls back to where she was, in the end. But we, and her sister, will never see her in the same way again.

DEADLINE: The Worst Person In The World was exceptional, not least because of its strong theatrical run. That’s not the case with many arthouse films as the industry struggles to lure back its traditional audience. How do you view it?

VOGT: It is the same here, but some countries are ahead of the U.S. In Norway, when cinemas reopened in October for the first time with no restrictions whatsoever, it was the best October in ten years at the cinema. (Then things stopped again because of new restrictions.) I think the right movie will bring people out. There is nothing like watching a movie in a theater, and I think when people come back, they notice that. They notice the luxury of not focusing on anything else for two hours. So I am hopeful. And maybe it’s a new world, where we don’t have to produce movies that make all their money on the theatrical run. Because you have theatrical, and then you go to streaming. Which is a good thing. Maybe even more people will see something on streaming because it was in cinemas. I love movies and I love the theatrical experience and I don’t think that will disappear. For arthouse theaters, maybe it’s about moving way from business as usual.

VOGT: Nothing. It’s been the luck of having success, that kind of a small-scale success of a movie being released in every country, one at a time, and they asked me to do press and that was very nice, because people care. And the Oscar thing. But it takes a lot of time away from writing. Everyone asks, including people who could even possibly finance a movie, they’re like, ‘What do you have? Do you have any projects?’ I should have had three scripts under my arm. We’ll see when I finally write something if people have forgotten all about me.”

How Success Happened for Selina Sykes and Laura Fruitman, CEO and CMO of The Uncovery
Study Validates That People with Higher Energy Accrue a Greater Sense of Life Satisfaction: What This Means for Businesses and Company Culture
GLAMORELLA’S DAUGHTER
Disney tells employees it will provide ‘comprehensive access’ for reproductive care
Kate Bush Reflects on ‘Running Up That Hill’ Revival in Rare Interview