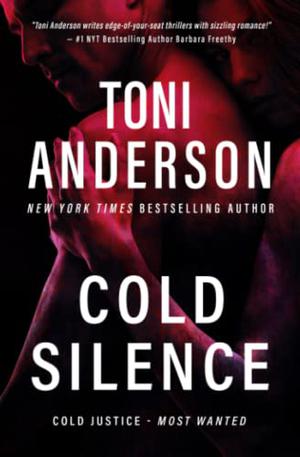 Ten years after her teenage daughter went missing, a mother begins a new relationship only to discover she can’t truly move on until she answers lingering questions about the past.

Laurel Mack’s life stopped in many ways the day her 15-year-old daughter, Ellie, left the house to study at the library and never returned. She drifted away from her other two children, Hanna and Jake, and eventually she and her husband, Paul, divorced. Ten years later, Ellie’s remains and her backpack are found, though the police are unable to determine the reasons for her disappearance and death. After Ellie’s funeral, Laurel begins a relationship with Floyd, a man she meets in a cafe. She’s disarmed by Floyd’s charm, but when she meets his young daughter, Poppy, Laurel is startled by her resemblance to Ellie. As the novel progresses, Laurel becomes increasingly determined to learn what happened to Ellie, especially after discovering an odd connection between Poppy’s mother and her daughter even as her relationship with Floyd is becoming more serious. Jewell’s (I Found You, 2017, etc.) latest thriller moves at a brisk pace even as she plays with narrative structure: The book is split into three sections, including a first one which alternates chapters between the time of Ellie’s disappearance and the present and a second section that begins as Laurel and Floyd meet. Both of these sections primarily focus on Laurel. In the third section, Jewell alternates narrators and moments in time: The narrator switches to alternating first-person points of view (told by Poppy’s mother and Floyd) interspersed with third-person narration of Ellie’s experiences and Laurel’s discoveries in the present. All of these devices serve to build palpable tension, but the structure also contributes to how deeply disturbing the story becomes. At times, the characters and the emotional core of the events are almost obscured by such quick maneuvering through the weighty plot.

Dark and unsettling, this novel’s end arrives abruptly even as readers are still moving at a breakneck speed.

7 Steps to Grow Your Podcast Audience Faster
From Activewear to Swim to Workwear, Add These Sustainably Made Items to Your Closet
How to Drive a Better Customer Experience in Today’s Overcrowded, Experience-Driven World
You’ve Got 8 Seconds to Grab a Customer’s Attention. Here’s What to Do.
Warren Jeffs’ New Mug Shot Amid ‘Keep Sweet’ Netflix Documentary