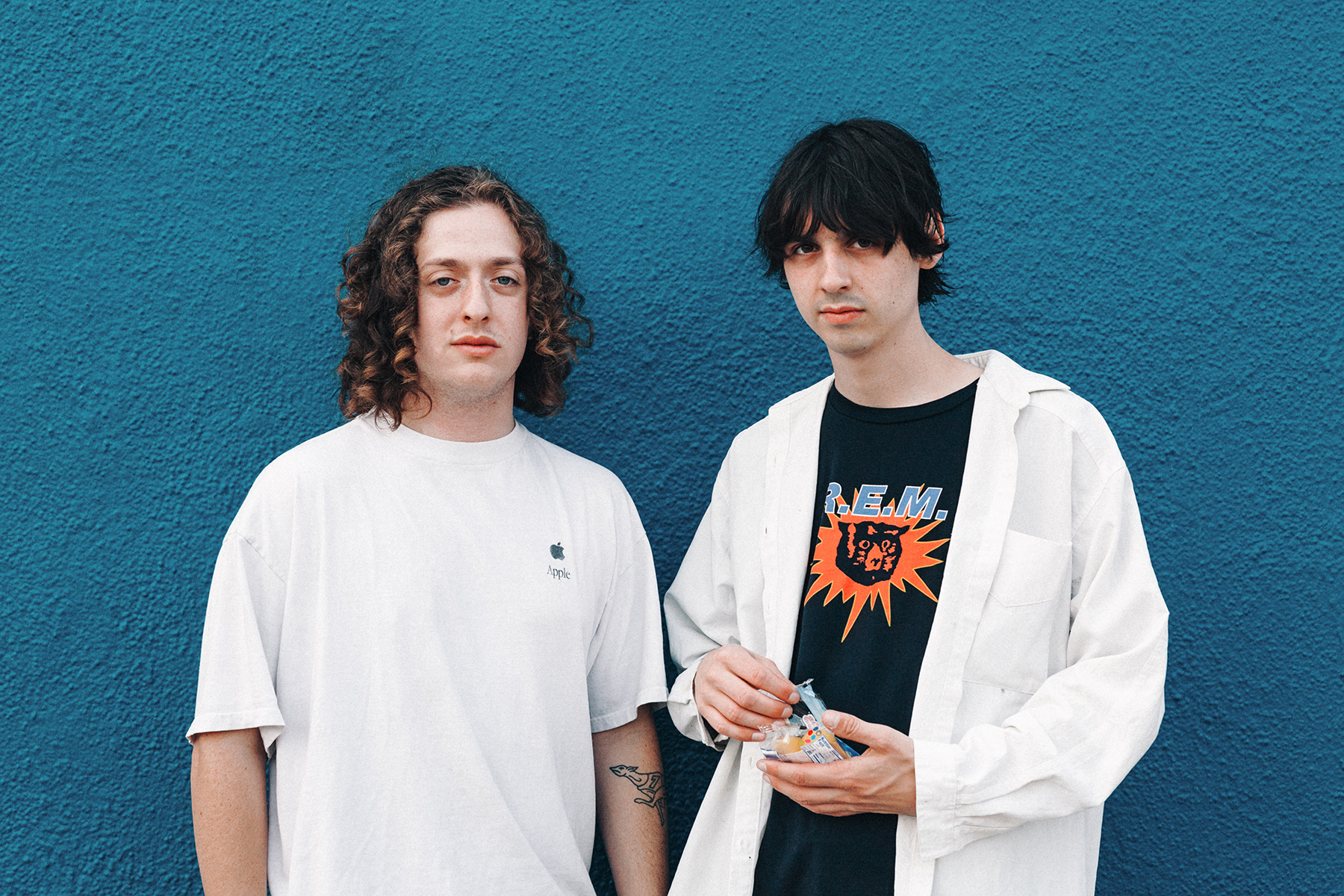 When Brendan Dyer, the multi-instrumentalist and songwriter behind rising noise pop outfit Milly, calls to speak to Rolling Stone on a recent July evening, he does so from the comfort of his car, parked beneath a delicate canopy of trees outside the South Pasadena home he shares with a few roommates. The semi-suburban enclave is located just east of metropolitan Los Angeles — a stone’s throw from the hip Highland Park neighborhood, which used to be home to the city’s working class but is now most closely associated with its famous native daughter, Billie Eilish.

It’s an unusual place for a young musician to set up shop in the city — Silver Lake and Echo Park remain popular among the creative set, despite over-gentrification — but Dyer considers his pandemic-era relocation to South Pasadena the catalyst for a particularly creatively fruitful period. “At night time, it is so quiet here. There’s no sound — barely any traffic or anything,” he says. “It makes you feel like you’re not really in the city.”

That external serenity allowed Dyer to channel a newfound, zen-like approach to songwriting, resulting in the endearingly sensitive fuzz-tinged ballad “Ring True” — the second single off Milly’s forthcoming debut album Eternal Ring, out September 30 on Dangerbird Records. “I’ve kind of just let things sort of work their way out of me,” he says of the resulting record. “Like, just embracing the calmness of things — which sounds kind of goofy to say, because the music is a little heavier than that.”

Milly got its start as a solo project for Dyer, who’d spent his formative years playing music across the East Coast. After relocating to California several years ago, he found an ideal collaborator in Yarden Erez, who plays bass for the outfit. The pair have helped hone Milly’s sound into something that feels innately comfortable and familiar — a blend of the woozy, guitar-driven vulnerability of Swervedriver and the noise-laden introspection of Nineties post-hardcore trailblazers Hum — yet without the overly reductive inauthenticity that plagues the seemingly endless stream of bands chasing down a 21st century version of the shoegaze sound.

“For people that understand our music, I think they recognize that we’re not buying into any sort of trend,” Dyer says, noting he counts groups like Houston’s Narrow Head and Fort Collins, Colorado’s Gleemer among Milly’s contemporaries. “We haven’t had any sort of — what should I call it, suspicious success? This is something that we’ve been lovingly crafting for a long time.”

“Ring True” finds Milly leaning into its gentler side, prompted in part by the soul-searching and emotional upheaval of Dyer’s own quarter-life crisis. “Not that I want this to be all about 2020 or the pandemic — but ‘Ring True’ was actually the first song I wrote when lockdown happened, and it’s kind of evident in the lyrics,” he explains, noting the song began as a poem — something that isn’t normally part of his songwriting process. “It’s kind of a coming-of-age story, in a sense. I thought, ‘You know, I’m having my small struggles here where I’m in my mid-twenties and I live 3000 miles away from my parents.’ I started to get panic attacks and developed a lot of fear of death.” He continues: “It was kind of a recurring thing for me, and something I’ve always kind of struggled with.”

The track ultimately developed into a tender-hearted antidote to counteract the pervasive existential dread Dyer was experiencing — and, ultimately, helped shape the overarching themes of redemption and rebirth Milly tackles throughout Eternal Ring. “It’s kind of weird, but I went to a Lutheran school from preschool until I was, like, 13,” he says with a laugh. “So, I feel that as I’ve become an adult, I have these weird sort of moments where I want to believe that this all has some sort of higher purpose and that everything’s going to be alright. That always kind of bleeds into my songs — this theme of freeing yourself from the shit that gets you down.”

This psychological liberation also had a direct impact upon Milly’s approach to recording the album. “We’re really into the idea of happy accidents — first takes and things like that. It feels really good to not stress over everything and instead just keep the energy there and move forward,” Dyer explains. He cites several moments on the record where embracing spontaneity in the studio led to takes that ultimately ended up on final versions of songs. “One of the guitar solos on a song is just like a first try,” he says. “I was kind of like dicking around, and we ended up liking the character that it brought — more so than the polished, overly practiced stuff.”

Dyer hopes that Milly’s carefully crafted visual aesthetics — nostalgically lo-fi and playful, but not cloyingly so — will offer listeners a deeper understanding of the emotional through line the young musician hopes to evoke with Eternal Ring. “I feel like we’ve put a lot of hard work into our music videos, and they definitely capture our music really well. It’s kind of like this universe that we’ve created,” he shares. “So I feel like people should watch all of our music videos if they’re interested and they want to understand us as a band — because I do that too. If I’m getting into a band, I’ll pull up YouTube, type in their name and just go down a rabbit hole, absorbing everything about them and venturing into their world.”