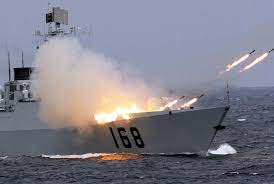 Nancy Pelosi’s August 3rd trip to Taiwan was a move in a new great game, a contest between China and the USA over who will lead the world. 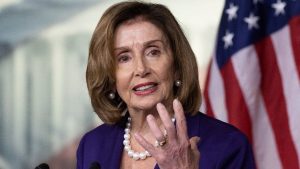 Nancy Pelosi made America’s latest move on the game board. And the next day it looked like we’d scored a momentary win. Pelosi went to Taiwan on August 2nd. A high placed Chinese opinion maker said her plane should be shot out of the sky. But the military plane that took Pelosi from Malaysia to Taiwan landed intact.

However the real action was due to run from Thursday, August 4th to Sunday August 7th, when the Chinese scheduled their revenge. The People’s Liberation Army, air force, and navy ringed Taiwan with live-fire military exercises in the sea beyond Taiwan’s shores, the seas that Taiwan claims as its own. Said England’s Economist, this made Taiwan “the most dangerous place on earth.”

The post-Pelosi military exercises were due to cut off Taiwan’s ports and sea lanes and to produce a four-day blockade, something considered an act of war.

But war is apparently not what China wants. Says China’s official mouthpiece, People’s Daily, these exercises are one step in a slow frog-boiling. A patient step by step process with which China intends to destroy Taiwan’s independent government and democracy and to bring “the renegade province” under Beijing’s dictatorial control. Explains one Chinese contributor to China’s Twitter, Weibo, “We will take this opportunity to carry out sea and air patrols around Taiwan without any hindrance so they steadily become normalized, and unification will draw closer and closer.” 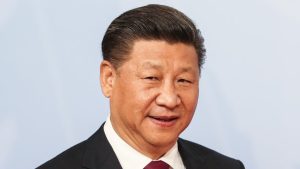 But will slowly swallowing Taiwan help China become the world’s next top dog? To answer that question, it’s crucial to note something quietly going on in the background.

But, in fact, that growth may be dying. In the past, China’s economy has sprinted ahead by as much as 9% a year. In the first quarter of 2021, it hit an astonishing 18%. But Chinese economic growth is now down to an appalling 2.5%.

Who is throwing a monkey wrench into the works? China’s leader Xi Jinping. Xi appears to be using two mottoes from former American president Donald Trump. Motto number one, ”Only I can fix it.” And motto number two, “I am the solitary genius.”

Xi started his campaign against China’s economic growth in 2020 when he attacked the one Chinese citizen who was as famous as he was: Jack Ma, founder of two of the world’s most successful tech companies, Ant Group and the e-commerce giant Alibaba. Jack Ma was treated as a god in conferences and publications all over the world. 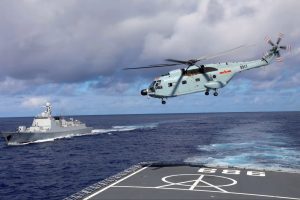 It appears that Xi will only allow one man in China to have that sort of international fame: and that one man is Xi Jinping. So Xi sidelined Ma, made him go invisible, and deactivated him as a driving force in China’s tech industry.

Over the following year Xi hobbled the entire tech sector with new laws, new limitations, and new intimidations, then attacked other major sectors of China’s economy in the same way.

And he insisted that his genius made him the only man on earth who could successfully contain Covid. Xi initiated his Zero Covid policy, shutting down entire cities and their industries to corner the virus. Xi Jinping’s Zero Covid policy may have kept Covid to a minimum. But its impact on the economy was devastating.

The result of Xi’s one-man genius? China’s economy is stalling. 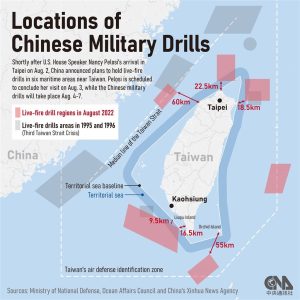 China now has the biggest navy in the world. It has two million active forces in its military. And it has what one Congressional report calls “the world’s “largest and most diverse” arsenal of ground-launched ballistic and cruise missiles.”

But in the long run, a nation’s military is only as strong as its economy. And Xi Jinping may be killing that economy.

______
Howard Bloom has been called the Einstein, Newton, and Freud of the 21st century by Britain’s Channel 4 TV. One of his seven books–Global Brain—was the subject of a symposium thrown by the Office of the Secretary of Defense including representatives from the State Department, the Energy Department, DARPA, IBM, and MIT. His work has been published in The Washington Post, The Wall Street Journal, Wired, Psychology Today, and the Scientific American. He does news commentary at 1:06 am et every Wednesday night on 545 radio stations on Coast to Coast AM. For more, see http://howardbloom.institute
.