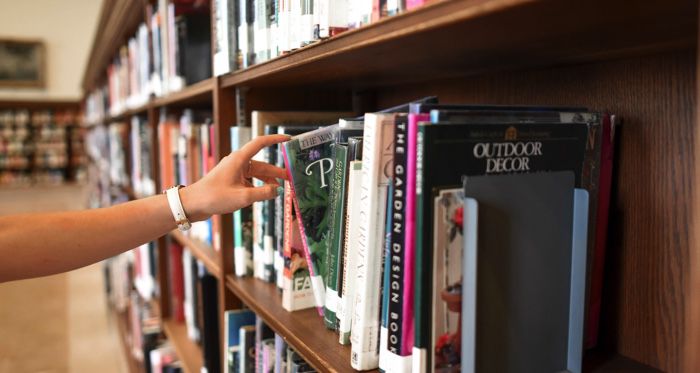 In anticipation of Banned Books Week, happening September 18–24, and in the wake of a sharp rise in book bans and censorship efforts across the country, the nonprofit EveryLibrary Institute conducted a national poll that found that the overwhelming majority of voters strongly oppose book banning. And notably, 75 percent of voters will consider book bans when voting in the upcoming November elections.

The EveryLibrary Institute is a national 501c3 non-profit with a mission to support libraries and librarians in the United States and abroad. The Institute commissioned Embold Research to survey 1,223 registered voters nationally from August 31 to September 3, 2022. The poll was commissioned to understand political support and opposition to book banning and to understand the impact of these bans on public support for libraries. The complete report Voter Perceptions of Book Bans and Censorship is available online.

In today’s political climate, it’s not surprising that the majority of American voters (92%) have heard at least something about book banning. Polling results state that women, college-educated voters, and Democrats are most likely to have heard a great deal about this with some slight regional differences.

But the poll found that this issue crossed party lines. Preventing book banning is also “very important” to 21 percent of Republicans and if you add in responses of “somewhat important,” the total is more than 50 percent. And 42 percent of Independents also deemed it “very important.” When asked “How important is preventing book banning to how you decide to vote?” 3 in 4 voters said that it was an important voting issue in the upcoming elections.

Executive director of the EveryLibrary Institute, John Chrastka, remarked on the poll’s results, “Voters believe in the right to read and the right to be left alone to make their own choices about what to read. . . . It is heartening to see that this belief in the right to read — and voter support for school libraries and public libraries — transcend partisanship. With such high numbers of voters from all parties, persuasions, and backgrounds telling us that they support American’s right to read, it’s time for politicians to pay attention and stop their attacks on libraries.”

Other key findings from the report include:

These results follow a national poll commissioned by the American Library Association earlier this year which also found that a majority of voters, across party lines, oppose efforts to remove books from public libraries.

If you’d like to learn more about Banned Books Week and the current rise in censorship, we recommend the following: