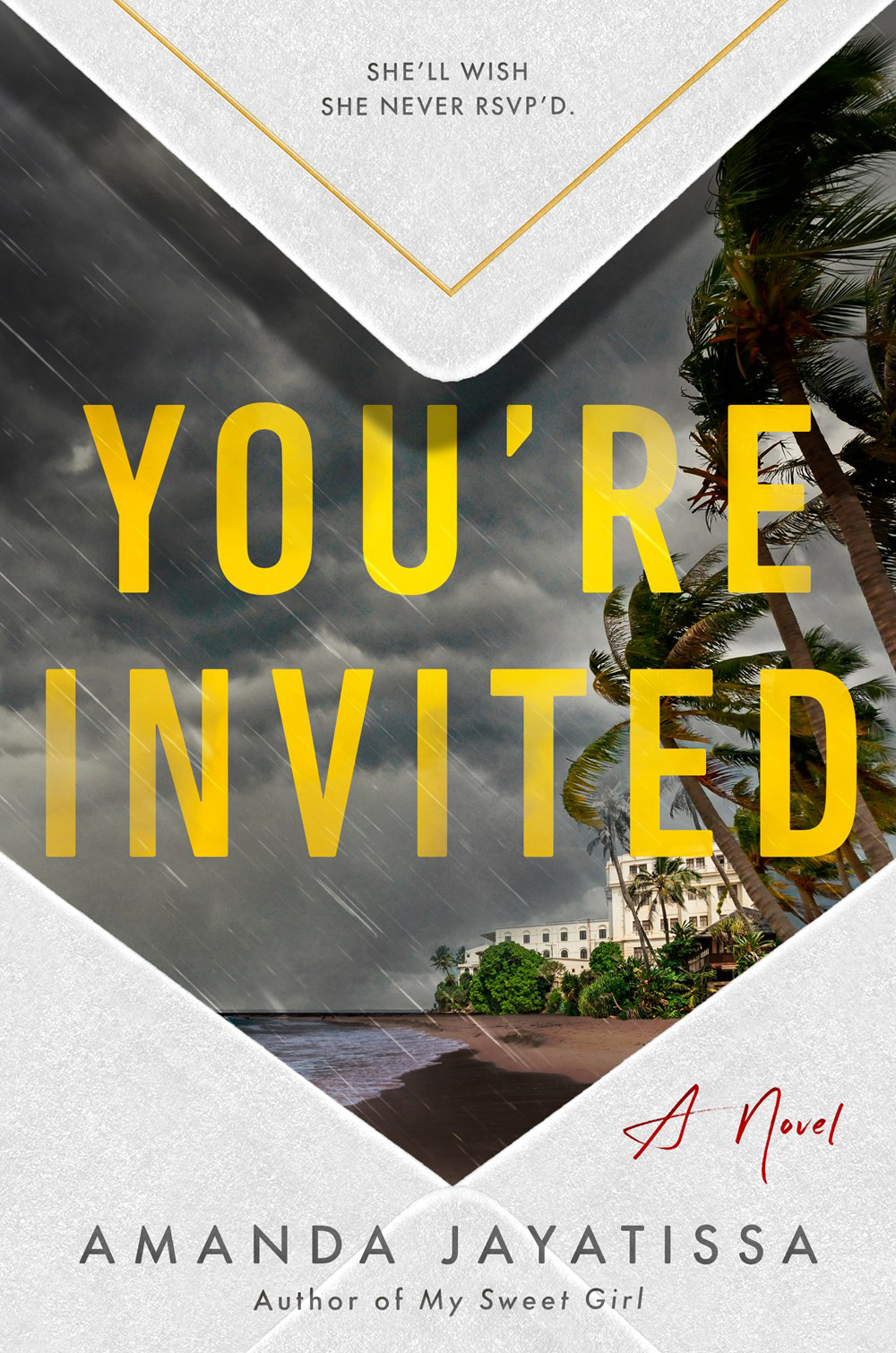 The stock character of the crazy ex-girlfriend has undergone a significant reevaluation in recent years, resulting in nuanced stories that unpack the misogynist nature of the trope. (Look no further than Rachel Bloom’s musical TV series of the same name if you have any doubt.) Sri Lankan author Amanda Jayatissa follows up her award-winning debut, My Sweet Girl, with a brilliant new take on the figure. A psychological thrill ride that takes place during the fanciest of fancy nuptials, You’re Invited explores class divides, social media scandals and family drama, all through the eyes of a “crazy” ex-girlfriend who might be the sanest character in the book.

Amaya Bloom lives alone in Los Angeles, far from Sri Lanka where she came of age amid lavish surroundings as part of the country’s 1%. The 20-something keeps her past firmly to herself, except during vulnerable phone calls with her friend Beth and gratifying encounters with Alexander, Amaya’s once-a-month, no-strings-attached lover. When Amaya receives a wedding invitation from Kaavi Fonseka—her former best friend who’s now an accomplished philanthropist, wildly successful influencer and rich girl about town back in Sri Lanka—she’s not sure what to think. After all, the two haven’t spoken in five years. Then Amaya learns that Kaavi is marrying Amaya’s ex-boyfriend. Her mission? Stop the wedding, even if someone has to die.

Fans of Crazy Rich Asians and Gone Girl should look no further: Jayatissa spins a twisted tale of glittery parties, meddling aunties and a friendship between two young women that went horribly awry once a man got involved. The novel’s opening sentence—“I woke up with bruised knuckles and blood under my fingernails, more rested than I have been in years”—is but a taste of the horror to come, all bedecked in yards of the finest fabric and studded with gems from the Fonseka family’s jewelry empire. Both Amaya and Kaavi are fascinating characters, foils with a shared history and much more to each than meets the eye. You’re Invited is a thoroughly satisfying and beautifully plotted thriller, featuring characters you won’t soon forget and a head-spinning twist to top it all off.