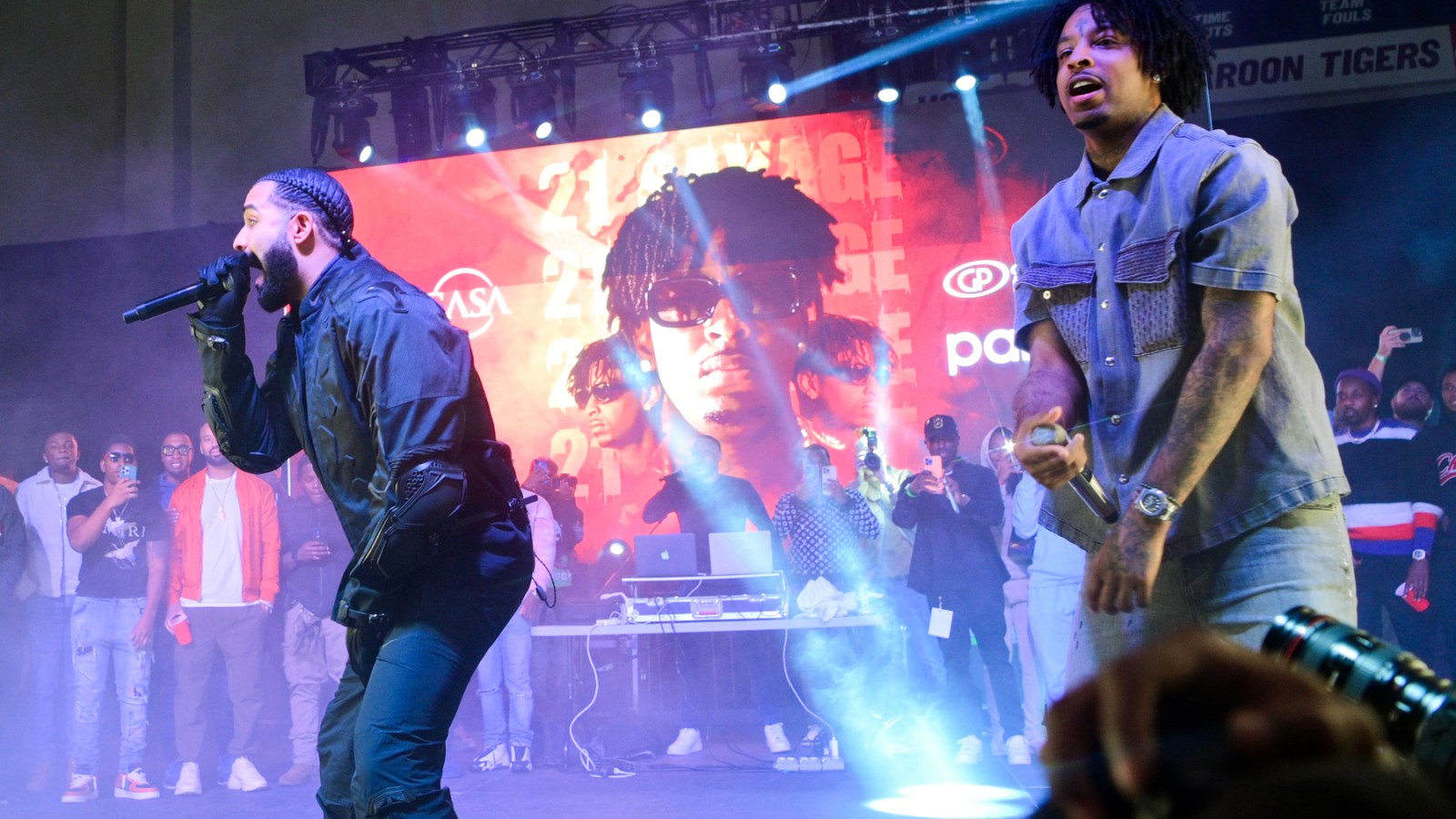 Days before the anticipated drop of their collaborative record, Her Loss, Drake and 21 Savage unveiled the cover art for their new album.

While the record release was delayed from its initial Oct. 28 release date after their producer and engineer Noah “40” Shebib contracted Covid-19, the Toronto rapper announced Nov. 4 as the new drop date.

“Our brother [Shebib] got Covid in the middle of mixing and mastering the crack,” Drake posted in an Instagram Story. “He’s resting up and we are dropping November 4th.”

Last month, Drake and 21 Savage announced the record’s original release date in the music video for their latest project together, “Jimmy Cooks,” the final track from the former’s seventh studio album Honestly, Nevermind.

The new cover art follows a series of promotional fake interviews and performances by Drake and 21 Savage. They posted a faux Vogue cover and “In The Bag” episode, hat tipping Anna Wintour “for the love and support on this historic moment.” They also shared a fake performance on NPR’s “Tiny Desk Concert” series – mellow vibes and all, to which NPR tweeted, “let’s do it forreal tho.” And earlier today, they “met” with Howard Stern for an interview that repurposed footage from Stern’s real-life interview with Jerrod Carmichael in April.

For now, the newly released art seems like the bonafide album cover.