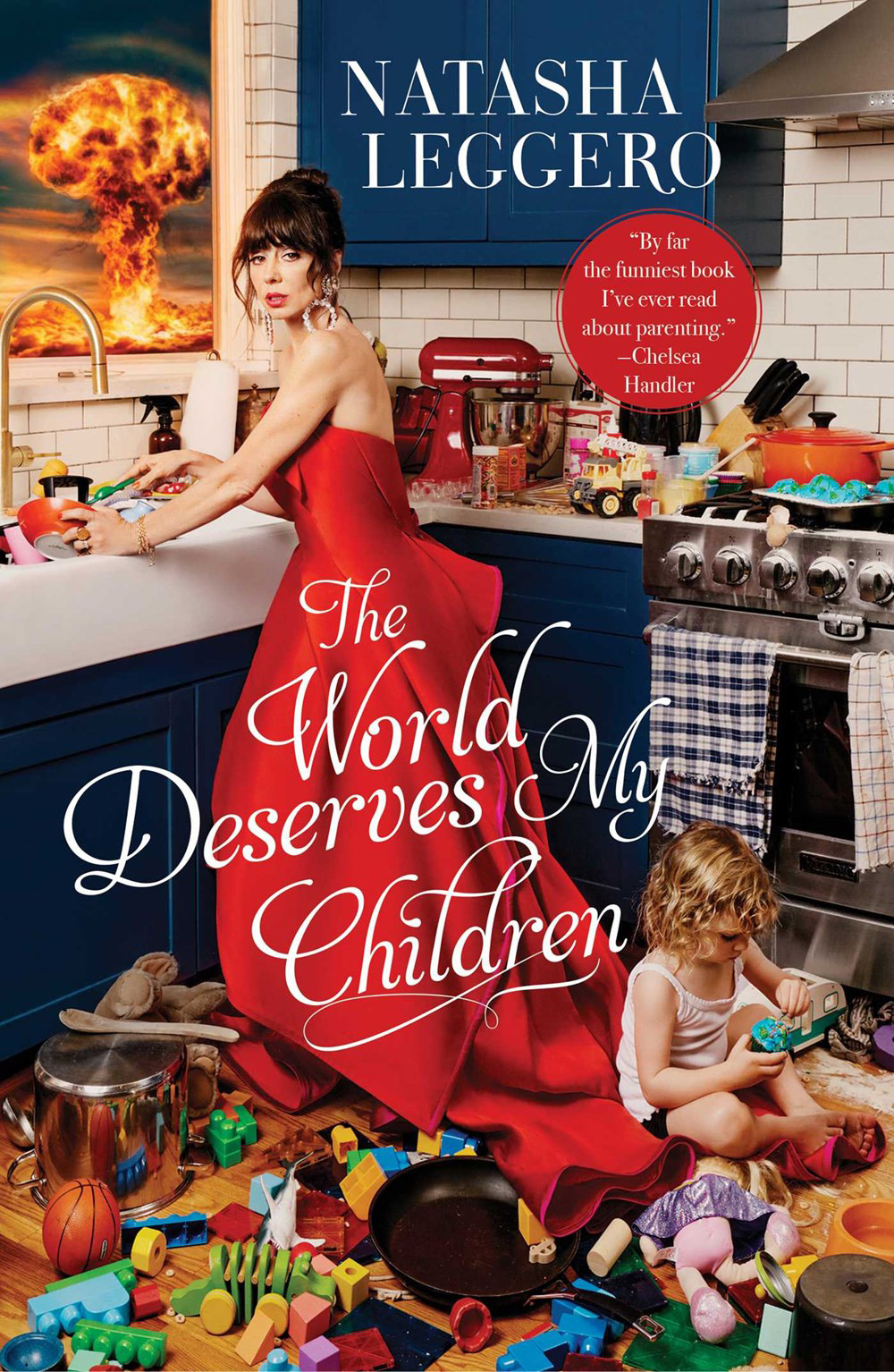 In her debut essay collection, comedian and actor Natasha Leggero muses, often hilariously, about what it’s like to have a baby at 42 and find your way as a mom. “It’s hard raising a child with a man,” she writes in the opening essay of The World Deserves My Children. “One day I asked my husband to give the baby a bath. I came into the kitchen to find my daughter sitting in a sink full of dishes while my husband scrubbed her and a plate at the same time. Don’t use Dawn on her! She’s a baby not a duck after an oil spill. I would have to be very drunk to do any of that.” Leggero’s style is breezy, sometimes over-the-top, with punchline quips punctuating her anecdotes. She’s like the funny friend who’ll say anything after a cocktail or two.

Leggero details her grueling path to pregnancy and her first few years as a parent with humor and insight. She contrasts her own scrappy childhood in Rockford, Illinois, parented by a single mom who struggled to make ends meet, with the minute concerns of the uber-privileged Los Angeles parents she encounters as an adult. As in a stand-up routine, the essays digress, often charmingly, to memories of things like her dad’s family’s Italian Christmases. While some subjects will be familiar to parents—the difficulties of breastfeeding, the search for a preschool—the collection really hits its stride in the essays on discipline and fear. Leggero writes that, as a child, she was “pretty obnoxious and tended to say whatever popped into my head—sort of like a male comedian.” Unlike a male comedian, however, Leggero had to write “I will not disrespect my mother” a thousand times as punishment for “telling it like it is.” Noting the variety of permissive parenting styles she encounters in LA, Leggero says she strives for an approach to discipline that’s somewhere in the middle.

Near the collection’s end, Leggero includes a Q&A with her husband, Moshe Kasher, also a comedian. She asks him how they differ as parents and what he thinks of her as a mother, and his answers are funny and touching. The World Deserves My Children is a book with a lot of heart and even some wisdom, perfect for fans of Jessi Klein’s I’ll Show Myself Out.