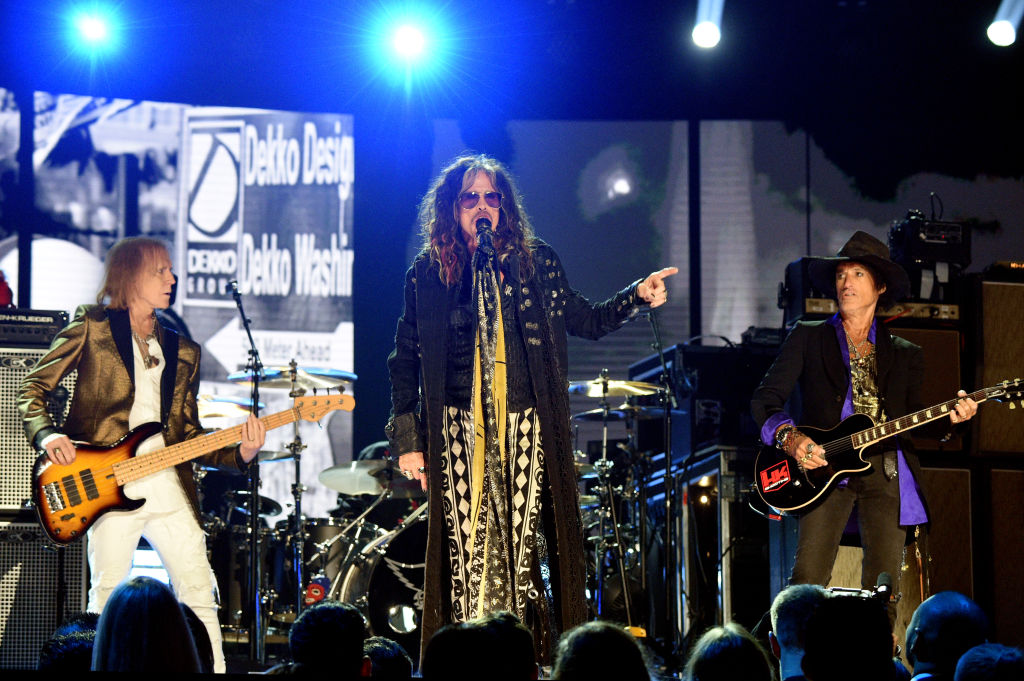 “These vehicles will be an important tool helping people in need for years to come,” Sarasota resident Joe Perry says

Aerosmith have donated a pair of new Community Emergency Vehicles to the Red Cross to help serve Florida communities hit by the recent Hurricanes, Ian and Nicole, joining an effort to help those who will be impacted by future storms.

The two 2023 Chevrolet Silverados, emblazoned with the Aerosmith logo, will be delivered in the spring of 2023. Guitarist Joe Perry, a resident of Sarasota, Florida, said he and his bandmates were “devastated by the disastrous impact of Hurricane Ian,” which killed an estimated 119 people when it made landfall in late September.

“Too often we are seeing these disasters increase in frequency and intensity due to climate change, having a strong Red Cross is more critical than ever before,” Perry said in a statement. “We’re proud to support the Red Cross and we know these vehicles will be an important tool helping people in need for years to come.”

Bassist Tom Hamilton’s Florida home was also damaged when Category-4 Hurricane Ian hit Florida. “My family has a small place in the area that was hit hardest by Ian. We’ve been going there every year for almost 30 years. Our house was severely damaged and our hearts as well,” Hamilton said in a statement. “We know others were affected even more so I’m very grateful to be able to make a contribution towards helping people get their lives back to normal. We made it through [Hurricane] Charlie, we’ll make it through this one!”

In the aftermath of Ian and Nicole — which struck earlier this month — Red Crossers have provided more than 1.7 million meals and 404,000 relief items to those affected by the hurricanes.