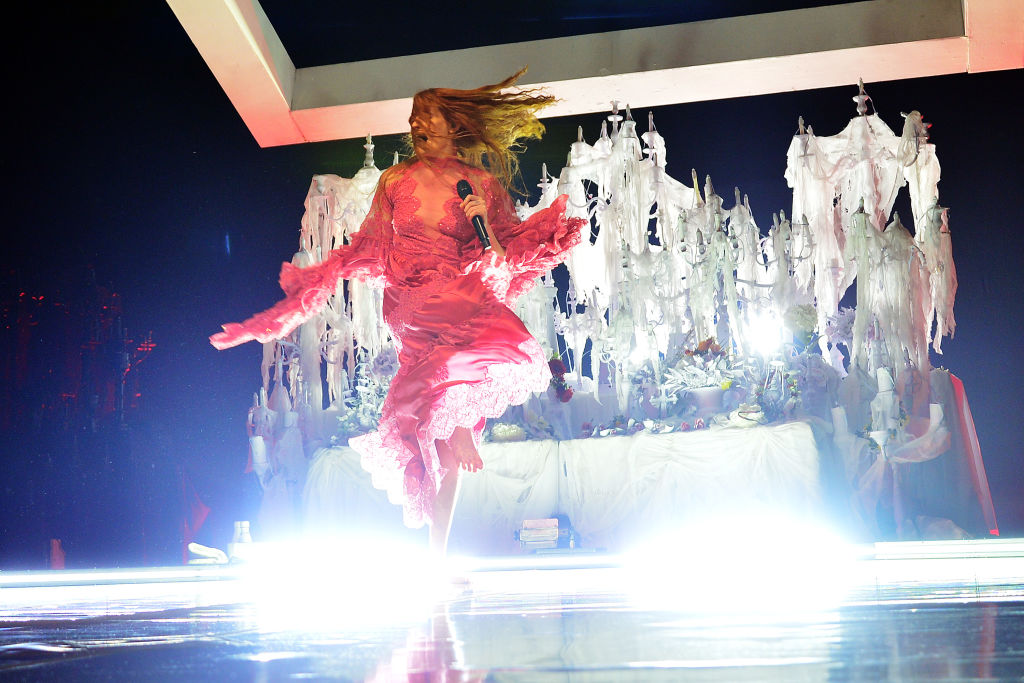 Blood on the Dance Floor

“I’m in pain and as dancers know, dancing on an injury is not a good idea,” singer says after U.K. trek pushed to 2023

Florence and the Machine were forced to postpone their U.K. tour after Florence Welch broke her foot dancing during Friday’s concert at London’s O2 Arena.

The injury occurred at some point during the show, with the singer – who performs barefoot – leaving a trail of blood on the stage; video later emerged of the road crew wiping the blood off dance floor between songs:

However, the full extent of the injury wasn’t known until after the show, at which point the decision was reluctantly made to postpone the remaining eight U.K. shows on the tour until 2023:

“I’m sorry to say that after an X-ray I was dancing on a broken foot last night. It is not in my nature to postpone a show, and certainly not a U.K. tour, but I’m in pain and as dancers know, dancing on an injury is not a good idea. And have been told not to perform to avoid further damage,” Welch wrote.

“Please hang on to your tickets. We are working our hardest to reschedule these dates for next year and we will let you know as soon as possible. I’m heartbroken as the ‘Dance Fever’ tour has been my favourite show we have ever put on. The communion with you. Your beautiful faces shining. I love you so much, and I’m so sorry to anyone who is disappointed.”

Welch signed off, “My heart is aching. I can’t wait to be back on my feet and back in your arms.”

Florence and the Machine did receive some good news this week as the band’s “King,” off their latest LP Dance Fever, was nominated for Best Alternative Music Performance at the 2023 Grammy Awards.

Kathryn Hahn, Husband File Petition to Add ‘Hahn’ to Kids’ Last Names
How to Produce Stellar Competitive Intelligence and Edge Your Competition
15 Short Graphic Novels For When You Lack The Time To Read
EXTINCTION
Laura Poitras’ Nan Goldin Doc ‘All The Beauty And The Bloodshed’ Tests Box Office – Specialty Preview