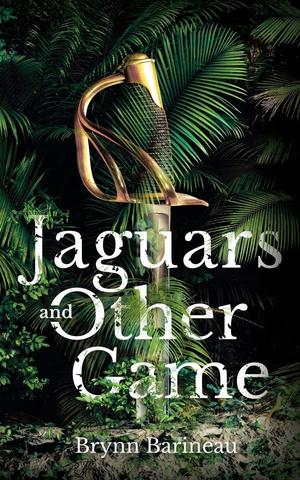 It is 1809, one year after the entire Portuguese Royal Court escaped Napoleon’s army and relocated to Rio de Janeiro. The grand house of a viceroy has been turned into a temporary palace while Prince João, the heir apparent, builds his new royal home outside the city. Behind the palace is a convent that is home to the reigning monarch, Queen Maria I (the “Mad Queen”). Although the court’s arrival has brought new excitement to Rio, it has also resulted in unwelcome changes to the city that is home to Maria Azevedo, a free Black woman, and her younger, adopted sister, Isabel, an Indigenous Guarani. Maria is captain of a mule train that transports crates of gold from the mines in Minas Gerais to a bank in Rio. The team is waiting to register the gold at the Rio Customs office when two members of the Royal Guard harass the group (“They weren’t soldiers, and there was nothing royal about them”). Known as “Bats” because of their long, black, flapping coats, this violent, ad hoc police force was established to “civilize” the locals. The military intervenes, but the sisters’ trouble with the Bats has just begun. Later that evening, the sisters rescue a young woman under attack by a band of hoodlums, thus meeting Victoria Cruz, a Portuguese attendant to the queen. It is the beginning of a formidable friendship that adds extra intrigue to this high-octane escapade/thriller/murder mystery. Barineau’s Rio romp, packed with intriguing and occasionally disturbing historical tidbits, is lightened with a generous dose of humor. The racially and culturally diverse female protagonists are drawn vividly, with the portraits reflecting their unique personalities and abilities. Detail-oriented Maria is fiercely protective and a demon with her whip; spirited, impetuous Isabel, with her ever present assortment of knives secreted under her skirt, relishes a good fight; and the refined, initially timid Victoria turns out to be an expert with a sword. The author captures the sights, smells, sounds, and complicated social structure of Rio while maintaining a steady pace of well-scripted action scenes that, while over-the-top, are thoroughly enjoyable.

An addictive tale with drama, history, and delightful protagonists.

The New Era of Employee Engagement Begins with Events
To Walk Or Watch: Our Critic Sticks With ‘Emancipation’
A Private Spy
The Future of Classic Rock Tours: One or Two Surviving Members…or None?
We Need Diverse Books Launches #BooksSaveLives Campaign