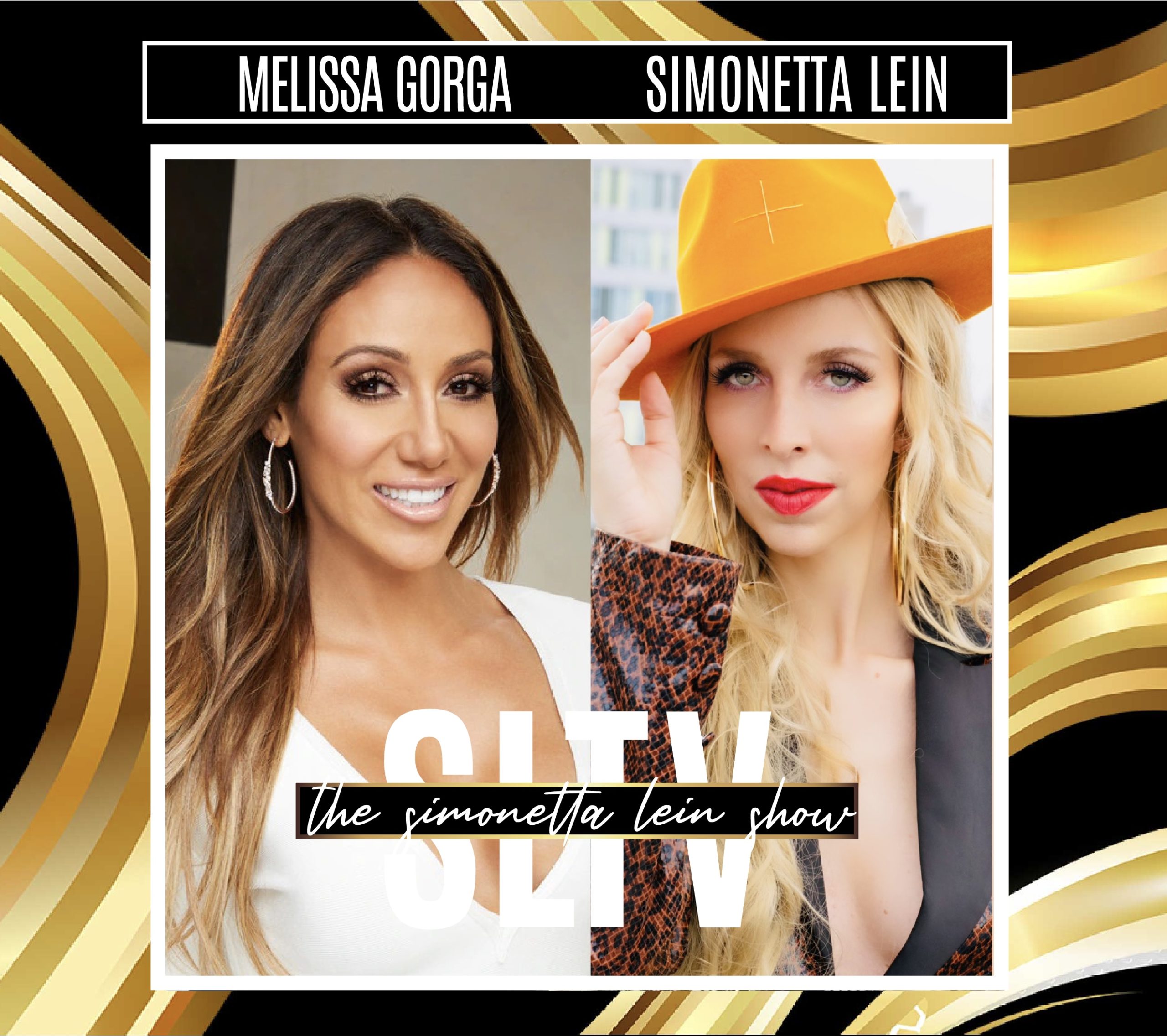 As #TheSimonettaLeinShow continues its 5th season, the show welcomes Bravo TV’s “The Real Housewives of New Jersey’s” one and only, Melissa Gorga! Melissa is the fun-loving Italian we’ve all gotten to know since her debut on the hit reality series in 2011. She and her husband, Joe, have been married for 17 years with three beautiful children! Known for having quite the style, in recent years, she successfully launched her own clothing boutique, “Envy” by Melissa Gorga! Melissa joined Simonetta to discuss maintaining balance between family, friendships and career, while staying true to herself! She is an extremely hard-working woman with a genuine heart. Tune In!

Simonetta’s prominent profile on Instagram has earned her more than 13.4 million followers, and she continues to grow her following by demonstrating her commitment to making a difference in her adopted city of Philadelphia and all around the world.

Originally from the north of Italy, Simonetta modeled for Vogue Italia, Vanity Fair Italy and Cosmopolitan while building a career as a renowned fashion influencer and spokesperson. She’s been a contributor for Vanity Fair Italy, La Repubblica, and La Voce Di New York, Forbes, Entrepreneur and Huffington Post. Her Book, “Everything Is Possible: A Novel About the Power of Dreams,” is a testament to her unwavering commitment to empowering her peers and herself.

Thank you to the beautifully dedicated #SLTV team.

What Is RxPass, and Can It Save You Money on Prescription Medication?
Fani Willis Was a Lawyer for a YSL Co-Founder. He Says She’s Not Who She Seems
Tim Allen Denies That He Flashed Pamela Anderson on ‘Home Improvement’
Blindish Latina Founder Catarina Rivera Is Proving You Can Still Live Your Best Life Having a Disability
Top 7 Questions About Publishing a Book That Every Entrepreneur Needs to Know