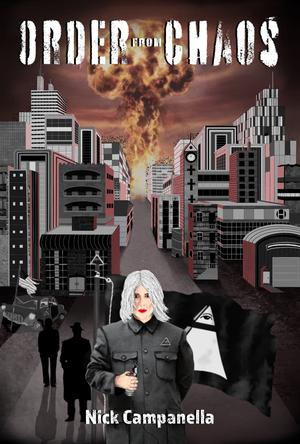 Narnia on the Penobscot: a grand, and naturally strange, entertainment from the ever prolific King.

What’s a person to do when sheltering from Covid? In King’s case, write something to entertain himself while reflecting on what was going on in the world outside—ravaged cities, contentious politics, uncertainty. King’s yarn begins in a world that’s recognizably ours, and with a familiar trope: A young woman, out to buy fried chicken, is mashed by a runaway plumber’s van, sending her husband into an alcoholic tailspin and her son into a preadolescent funk, driven “bugfuck” by a father who “was always trying to apologize.” The son makes good by rescuing an elderly neighbor who’s fallen off a ladder, though he protests that the man’s equally elderly German shepherd, Radar, was the true hero. Whatever the case, Mr. Bowditch has an improbable trove of gold in his Bates Motel of a home, and its origin seems to lie in a shed behind the house, one that Mr. Bowditch warns the boy away from: “ ‘Don’t go in there,’ he said. ‘You may in time, but for now don’t even think of it.’ ” It’s not Pennywise who awaits in the underworld behind the shed door, but there’s plenty that’s weird and unexpected, including a woman, Dora, whose “skin was slate gray and her face was cruelly deformed,” and a whole bunch of people—well, sort of people, anyway—who’d like nothing better than to bring their special brand of evil up to our world’s surface. King’s young protagonist, Charlie Reade, is resourceful beyond his years, but it helps that the old dog gains some of its youthful vigor in the depths below. King delivers a more or less traditional fable that includes a knowing nod: “I think I know what you want,” Charlie tells the reader, “and now you have it”—namely, a happy ending but with a suitably sardonic wink.

A tale that’s at once familiar and full of odd and unexpected twists—vintage King, in other words.

Tom Verlaine, Singer and Guitarist of Punk Legends Television, Dead at 73
The Low-Oxalate Diet Isn’t For Everyone, Experts Say. Here’s What to Know.
Paul Rudd’s Wellness Regimen Was Specifically Crafted With His Marvel Shirtless Scenes in Mind
The Biggest Business Mistakes in a Recession
Alexander Scelso AKA Sitanya Face Guests On Triversity Talk! Wednesday February 1st, 2023 at 7 PM ET