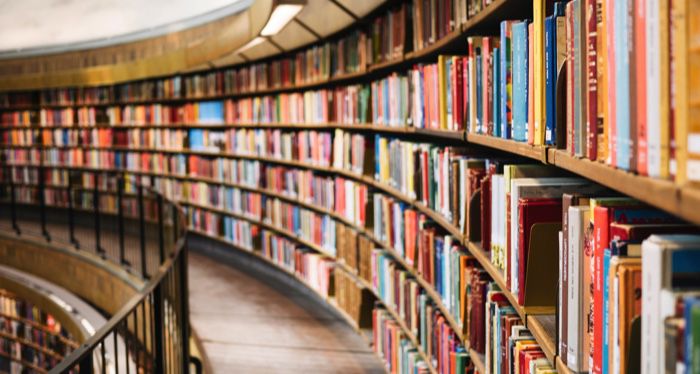 The Huntsville Public Library (HPL) has been under fire since this summer, when a book display riled up city officials. Now, following the removal of two book displays at the public library, the city decided to privatize the library.

Though officials claim the move to hire Library Services & Systems (LS&S) will reduce library operational costs over the next ten years, it comes on the heels of the city removing a Pride book display and a Banned Books Week display in September. City Manager Aron Kulhavy called for the displays to be taken down, temporarily closing the library. Following the removal of both displays, the library was told they could not create any additional displays, pending the city’s review of policies and procedures about them. The City Librarian was also placed on leave.

When asked why the displays were taken down, Kulhavy said it was to “better respond to citizen concerns from all viewpoints.”

In October, a library user identified additional suspicious behavior. A city police officer was behind the circulation desk reviewing books, reportedly taking one with him and approving the rest of the titles as ones that were okay to return to the collection. The library board has had no say in any of these decisions.

Three months later, the library still has no ability to put up displays.

The library and city have been at odds since, culminating in a proposal by the city to have the public library taken over by LS&S. Employees at HPL received letters last week stating that their jobs would end in late January were LS&S to take over. In order to keep their jobs, employees would need to re-interview with the company. The president of the library board, Michelle Lyons, has asked the city to delay voting on the privatization, but the city proceeded with the vote at the December 20, 2022, meeting.

“If they’re making a decision as big as privatizing our library and taking away our ability and our library’s ability to choose the programming we have and how the staff is handled, that’s something we should have at least been aware of,” Lyons said to Houston Public Media. “We have had no opportunity to have conversations with anybody from the city about how we feel or our concerns about this particular vendor. None of it has been discussed.”

LS&S is notorious in the world of public libraries for how it has changed the fundamental purpose of the institution. While it is possible employees currently at HPL may be rehired by the company, when a private enterprise takes over a public institution, it is fundamentally altered. No longer is it local and tailored to its community. LS&S will be beholden to the city of Huntsville, meaning that the city manager and his team will have direct input on the library’s operations.

The American Library Association (ALA), the largest professional association for library workers, responded to the potential takeover by LS&S on Twitter yesterday, prior to the meeting, stating “ALA affirms that publicly funded libraries should remain directly accountable to the public they serve. Therefore, the ALA opposes the shifting of policymaking and management oversight of library services for the public to the private for-profit sector.” But when asked whether anyone from ALA would be in attendance at the meeting or communicating with the city, they did not respond. ALA has a toolkit opposing outsourcing of public library operations available on their website, but has historically allowed companies like LS&S to sponsor scholarships for the organization. LS&S led a presentation at this year’s ALA Annual Conference.

The city of Huntsville voted 6-3 to hire LS&S, who will take over in January. Both the city manager and the chief of police have declined interviews with Houston area media. Citizens had the chance to speak at the meeting, but they were not heard. Moreover, the speed by which the city moved to make this change without any input or discussion with the library, its board, or its users, is especially concerning. Documents show the city entered discussion with LS&S November 2, but did not show up on the public meeting agenda until December 15–five days prior to the vote.

That same day, December 15, library workers received honors by the city for their excellent customer service at the annual holiday luncheon. They returned from the event with the notice of LS&S’s potential takeover and that their contract with the city would end in January.

There was no time for public input or an information forum prior to the meeting where the vote happened.

Huntsville is a college town of 45,000, and it has a growing LGBTQ+ population. With LS&S now entering the picture and a city manager eager to erase the existence of queer people (and banned books), the library will no longer be a resource for the community, but a tool for the city government to push their own agendas and beliefs.

A major concern for citizens and library advocates following this takeover is LS&S’s stance on censorship. Given that their directive will come from the city, it’s hard not to imagine that book removal–”weeding,” as it will likely be framed–will happen at the discretion of city leaders. Moreover, the most vocal advocates for the public library and its commitment to the First Amendment rights for all may no longer see themselves working at the institution.

This is a devastating loss for the city, for its citizens, and for public services and goods more broadly.

I Saw Death Coming
Every Rapper Who Appeared in the Grammy’s Star-Studded Hip-Hop Tribute
What Is Happening In Publishing?
‘Riverdale’ Actor Ryan Grantham Gets Counseling In Prison Hospital, Regrets Murdering Mom
Last Seen in Lapaz