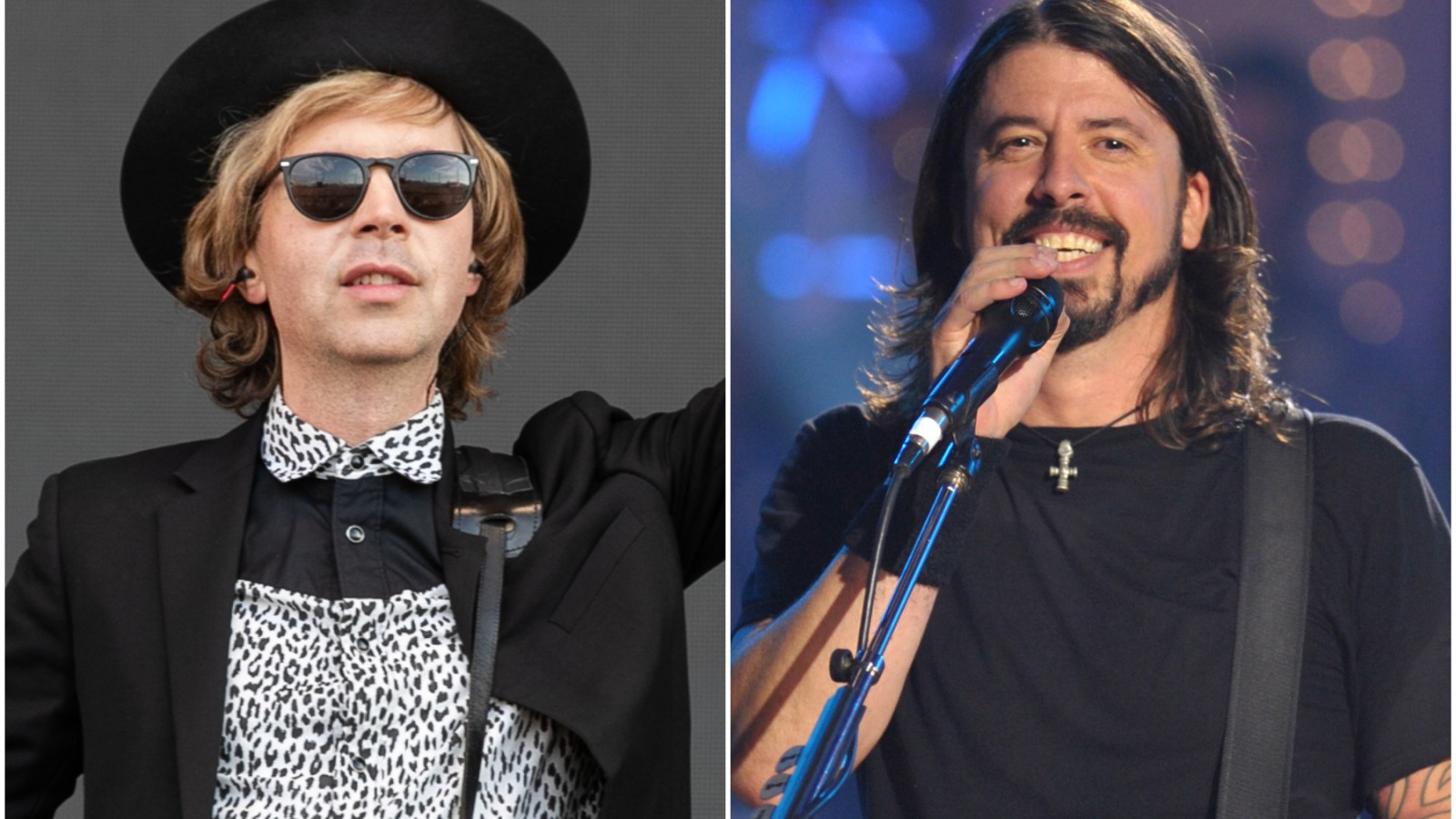 Beck took to the stage for the fifth night of Hanukkah Sessions, roaring through a rendition of “E-Pro” with Dave Grohl, Greg Kurstin, and the bird and the bee bandmate Inara George.

The Hanukkah Sessions, which was launched by Grohl and Kurstin  back in 2020, continues to celebrate the holiday by sharing covers of songs by Jewish artists. This year’s performance was recorded in front of a live audience on Dec. 5 at the legendary Largo in Los Angeles and the official videos have been shared throughout the week.

Grohl and Beck recently collaborated during an impromptu supergroup during a Victims First benefit concert hosted by Judd Apatow in August. The show also took place at the Largo, and while Beck’s performance was set to feature just Kurstin on piano (the pair worked together on Beck’s last two albums, Colors and Hyperspace), soon Jack Black and Kyle Gass of Tenacious D, John C. Reilly, and Dave Grohl shared the stage.

Yesterday, Grohl’s daughter Violet sang a cover of Janis Ian’s 1975 hit song, “At Seventeen” for the fourth night of Hanukkah Sessions, while George performed for night three to cover 10cc’s “The Things We Do For Love” with Black and Gass as backing vocals.

This year’s sessions also saw stellar performances with Pink, who sang “Get the Party Started” on night two, and Judd Apatow, who belted out the big opening number with a cover of Blood, Sweat and Tears’ “Spinning Wheel.”

The Gift of TIME
THE NOT-QUITE-PERFECT PASSOVER
Is Your Team Locked In?
DAISY JONES & THE SIX Trailer Released
Southwest CEO maps out a recovery after holiday meltdown: ‘We have work to do’