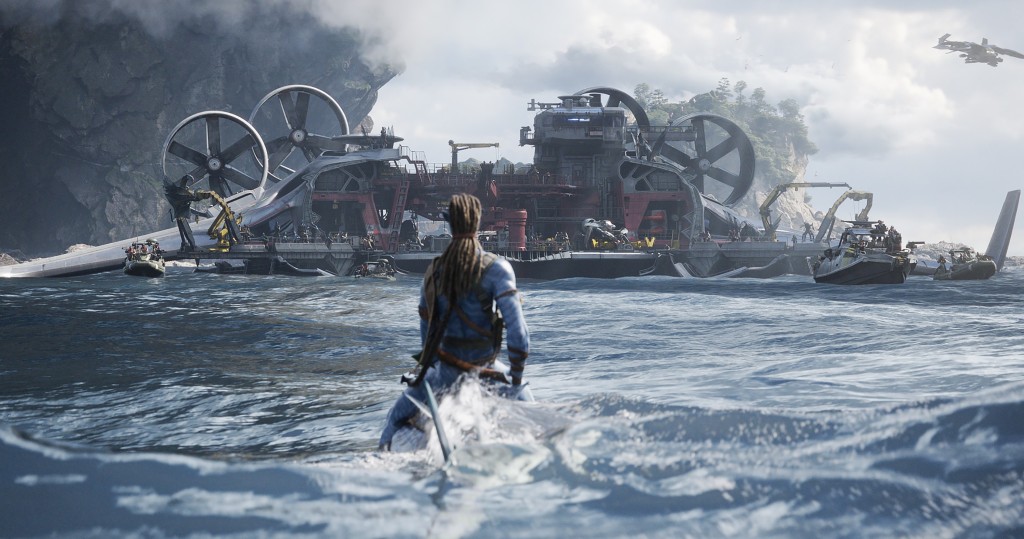 “I had a bit of a crisis of faith as we were cutting the movie together,” admitted James Cameron of his billion-dollar-grossing Avatar: The Way of Water. “It was too violent. I wanted a balance between the beauty, the epiphany, the kind of spiritual aspect of the film, with the action, and I felt it had gotten a little too grim.”

While those who’ve balked at the blockbuster’s three-hour-plus runtime may find it hard to believe, Cameron says he trimmed some violent moments from the film.

“I actually cut about 10 minutes of the movie targeting gunplay action,” Cameron told Esquire Middle East. “You have to have conflict, of course. Violence and action are the same thing, depending on how you look at it. This is the dilemma of every action filmmaker, and I’m known as an action filmmaker.”

Those are shocking admissions for the man responsible for some of the most iconic violence in movie history, from his Terminator films to John Rambo’s 74 kills in Rambo: First Blood Part II, which Cameron co-wrote, to the multi-monster battle of Aliens to the ceramic smashing bathroom fight in True Lies to the self-explanatory violence of Alita: Battle Angel.

“I look back on some films that I’ve made, and I don’t know if I would want to make that film now. I don’t know if I would want to fetishize the gun, like I did on a couple of Terminator movies 30-plus years ago, in our current world. What’s happening with guns in our society turns my stomach,” the filmmaker added. “I’m happy to be living in New Zealand where they just banned all assault rifles two weeks after that horrific mosque shooting a couple of years ago.”

Rick Astley Hits Yung Gravy With Lawsuit, Alleges Voice Imitation
Op-ed: Salesforce appoints ValueAct’s Morfit to its board and a proxy fight may loom ahead
Fixing Your Facebook Ads: How to Create a Strategy That Works
New Jesmyn Ward Novel LET US DESCEND Coming in October
Conquer From Within