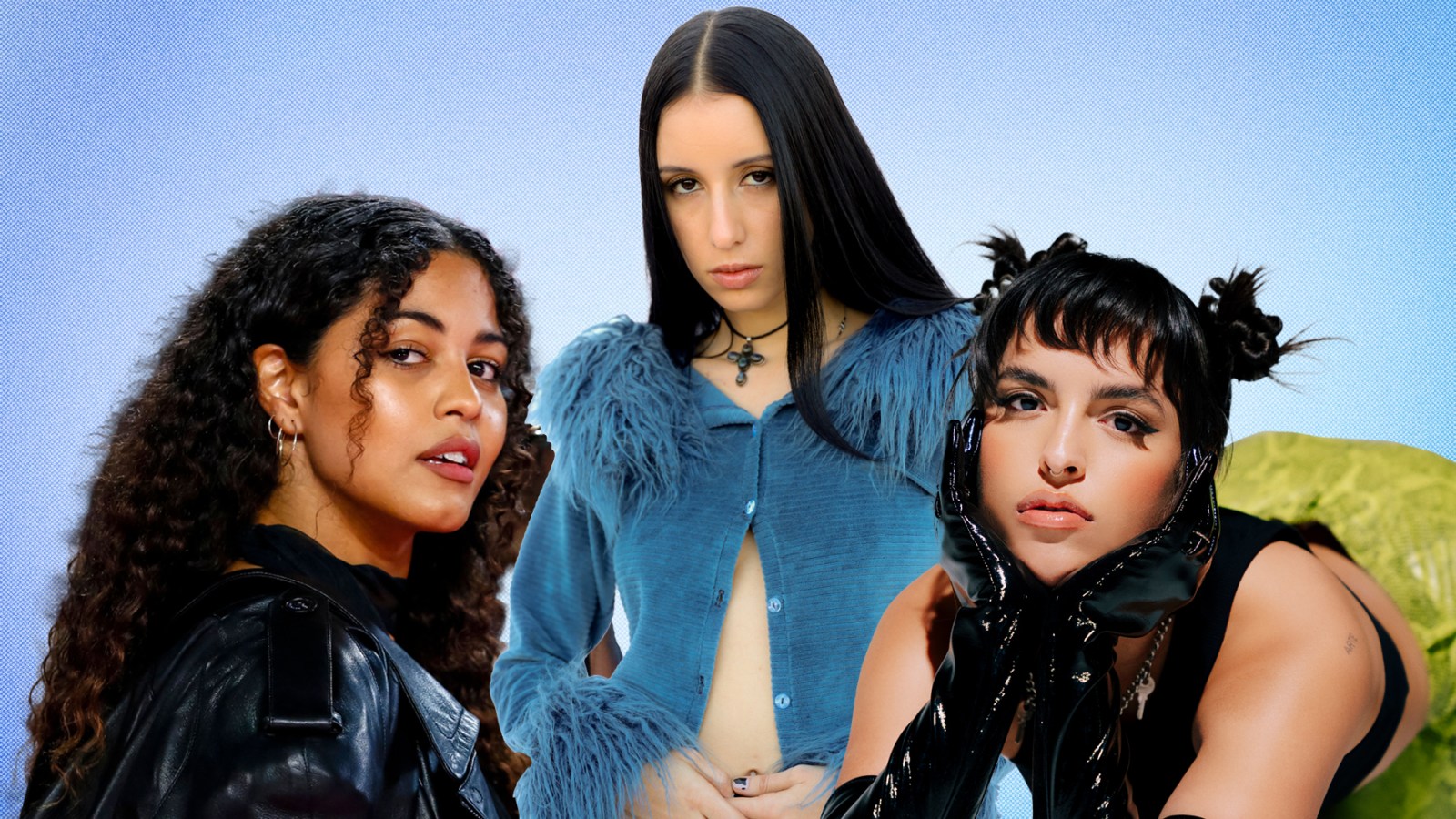 The Latin music industry had another massive year in 2022, seeing a 35 percent growth in revenue, according to the RIAA. That momentum shows no signs of slowing down as artists like Bad Bunny and Karol G continue topping the charts and selling out massive tours — and there are even more rising stars right at their heels, ready to take the music even farther.

2022 had plenty of breakout acts from across Latin America and the diaspora. Uncompromising and unapologetically honest artists such as Tokischa and Villano Antillano saw massive success, while rappers like Blessd and Trueno drew recognition for their spontaneous, freestyle-inspired sounds. The subtle work of Mexican singer-songwriter Silvana Estrada won over the Latin Recording Academy, which recognized her as the year’s Best New Artist alongside the 95-year-old Cuban singer Angela Alvarez. Meanwhile, Omar Apollo was nominated for the same award at the Grammys after releasing his brilliant LP Ivory, , and Sebastián Yatra helped the music of Encanto became a viral sensation heard on every corner of the planet.

The talent pool is only getting bigger, and there are tons of new artists already making waves across Latin genres. From pop spitfire Gale to dembow wunderkind Angel Dior to multi-talented girl group Bella Dose, here are the acts we think will make it big in 2023.

Gale is already a force of nature. The Puerto Rican singer turned heads after writing on Christina Aguilera’s Latin Grammy-winning album Aguilera last year, and she’s spent the past few months gearing up to release her own LP. She’s given fans a preview of the eclectic sounds she’s playing with on singles like “D Pic,” a pop-punk condemnation aimed at creeps who send unsolicited dick pics, and a hint of Gale’s vivacious, tongue-in-cheek lyricism. —J.L.

Since the release of her 2019 tropi-pop breakout “The One,” Letón Pé’s rise has felt imminent. Just last year, the Dominican bombshell collaborated with indie pop luminaries such as Clubz and Irepelusa, dropped her house and reggaeton-soaked debut EP La Caleta, and even took her riveting live shows to Miami and Mexico City. Heed the wisdom of rousing single “Dale” not only as an inspirational earworm, but a promise of hits to come. —R.V.

Dembow is the word, and Angel Dior is preaching it. Viral hits “A I O” and “Zuculento” consecrated the Dominican dembowsero as the genre’s next unmistakable voice with breath-defying verses and wordless hooks, even inspiring multiple dance crazes. Throw in co-signs from trailblazers like Chimbala and La Materialista, and an invitation from Bad Bunny to come through his massive Santo Domingo show, and you have a star ready to go global. —R.V.

The R&B trio FLO has been making waves in the UK, but the U.S. is in need of a rising girl group, too. Look no further than Bella Dose, made up of Melany Rivera, Thais Rodriguez, Brianna Leah, and Jenni Hernandez. In 2021, the bilingual group released the Spanish album Suelta, featuring their bachata breakout “Si Me Llamas.” In the new year, expect the TikTok-savvy queens to tap into the pop-rock sounds of last year’s banger “Bite” and get sexy with songs like “Talk Too Much.” With their choreo-filled performances and electric chemistry, the girls in Bella Dose have the star power to become major players in Latin pop. —T.M.

In South America, Dillom is already king. The irreverent rap powerhouse has dominated Argentina’s radio and festival circuit since 2019’s “Bzrp Music Sessions, Vol.9,” going stratospheric two years later with the release of his mold-shattering LP Post Mortem. In the spring, the RIP GANG’s enfant terrible will finally make it north, with an appearance at Mexico’s Tecate Pa’l Norte festival and a thirst for world domination. Don’t sleep. —R.V.

The beachside, Pacific Coast Highway-inspired sounds of Niko Rubio’s debut EP Wish You Were Here earned the Mexican-Salvadoran songstress an opening slot on tour with Omar Apollo last year. Over the last several months, she’s  released the coquettish bedroom pop single “Dream Girl,” the moody pop-punk track “Love Me Till U Hate Me,” and Julieta Venegas-esque “Olvidar De Ti” – and the self-proclaimed “princesa del mar” is set to make waves in the new year. —T.M.

Since 2019, the Dominican-Italian singer Yendry has been building a steady fanbase, attracting listeners with a rich, velvety voice that can tackle any genre. Her influences crisscross the globe and range from deconstructed, forward-looking variations of R&B, dembow, reggae, pop, and more, proving how easily she can slide into any genre. She spent 2022 collaborating with everyone from J Balvin to Damian Marley, and an album she’s been working on for more than a year marks her next big career swing. —J.L.

Luna Luna’s music feels like falling in love. The Texas-born band brings together lo-fi pop, funk, and R&B with dreamy and relatable lyrics in both English and Spanish. Five years after their debut LP, group members Kavvi Gonzalez, Danny Bonilla, Kaylin Martinez, and Ryan Gordon, have found a community of indie music lovers of color on TikTok. After dropping the comeback single “Talk Too Much” last year, Luna Luna is getting ready to release more music and to go even  bigger in 2023. —T.M.

Yadam had a multicultural upbringing, growing up between the U.S., Venezuela, and France, and his music sounds like a tapestry woven from all the influences around him. Songs such as “Otras Mujeres,” a tender track written to empower queer listeners to “take the power of who they love and how they are loved back into their hands,” offer a look at how Yadam elegantly blends sounds and styles into emotional tracks that are understated yet powerful. —J.L.

Everlasting, Andrea Silva’s debut album as Loyal Lobos, was full of finespun reveries that established her as an introspective singer-songwriter and guitarist, constantly bridging bicultural worlds through her music. Through bilingual lyrics, she captured memories and a sense of yearning for her childhood in Colombia while ruminating about her life in Los Angeles. “Bummed,” a catchy single from late in 2022, is a preview of new music that she’s been working on and show how she’s refined her confessional songwriting and graceful sound. —J.L.