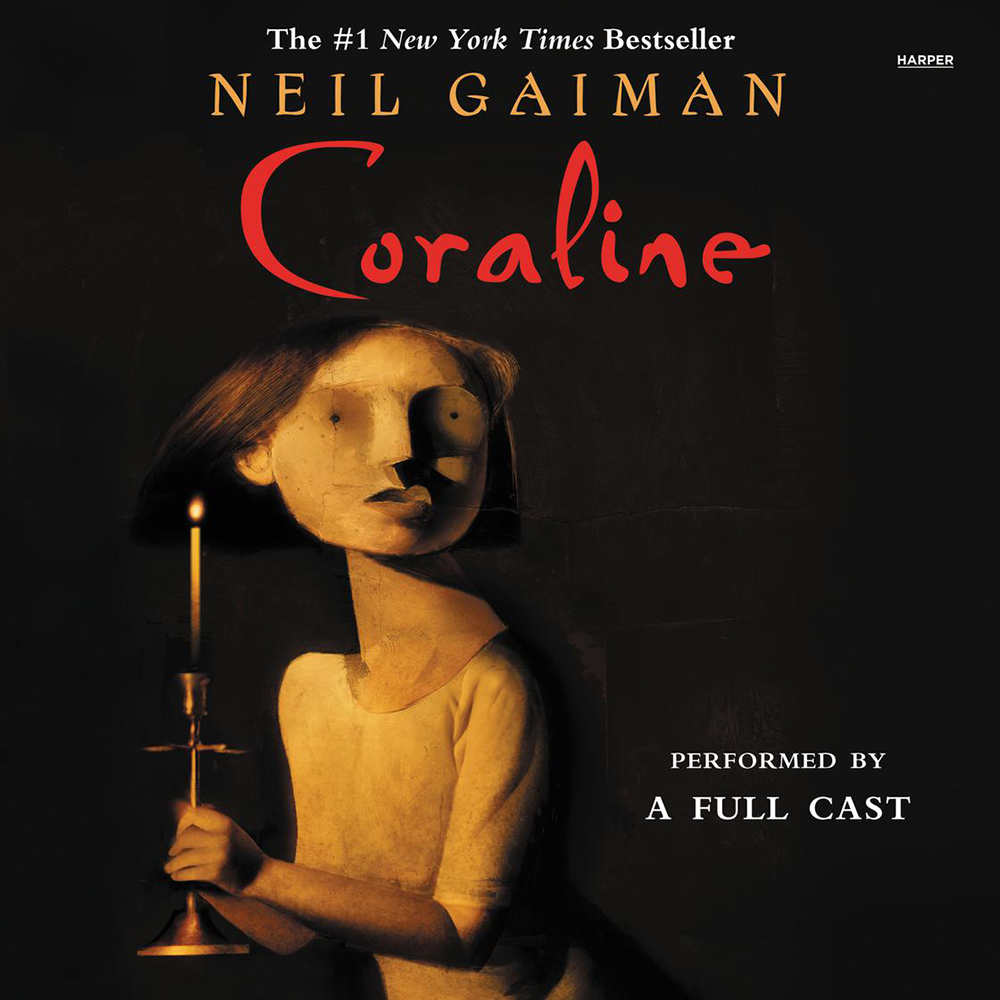 Published 20 years ago, Neil Gaiman’s Coraline (3.5 hours) is a near-perfect horror story, pitting brave but misunderstood Coraline against a narcissistic monster in a battle for her soul. Sophisticated and profound, this treasure of a middle grade novel, beloved by readers of all ages, is now available in a new audiobook, performed by a full cast for the first time.

All 11 actors contribute to an excellent re-creation of Gaiman’s creepy world, but three standout performers deserve special mention. Julian Rhind-Tutt, whose voice is tailor-made for gothic novels, is excellent as the narrator, and Julian Clary, who clearly understands feline psychology, is totally convincing as a smug but surprisingly helpful cat. But it is teenage actor Pixie Davies’ portrayal of Coraline that gives this audiobook its power. Davies conveys all of Coraline’s complexity—her courage and loyalty, as well as her whininess and selfishness—with skill and confidence. As a result, this audiobook is delightful.

This audiobook was published by an imprint of HarperCollins. More than 250 union employees at HarperCollins have been on strike since November 10, 2022. Click here to learn more about the contract that the HarperCollins Union is seeking or to find out how you can support the strike.